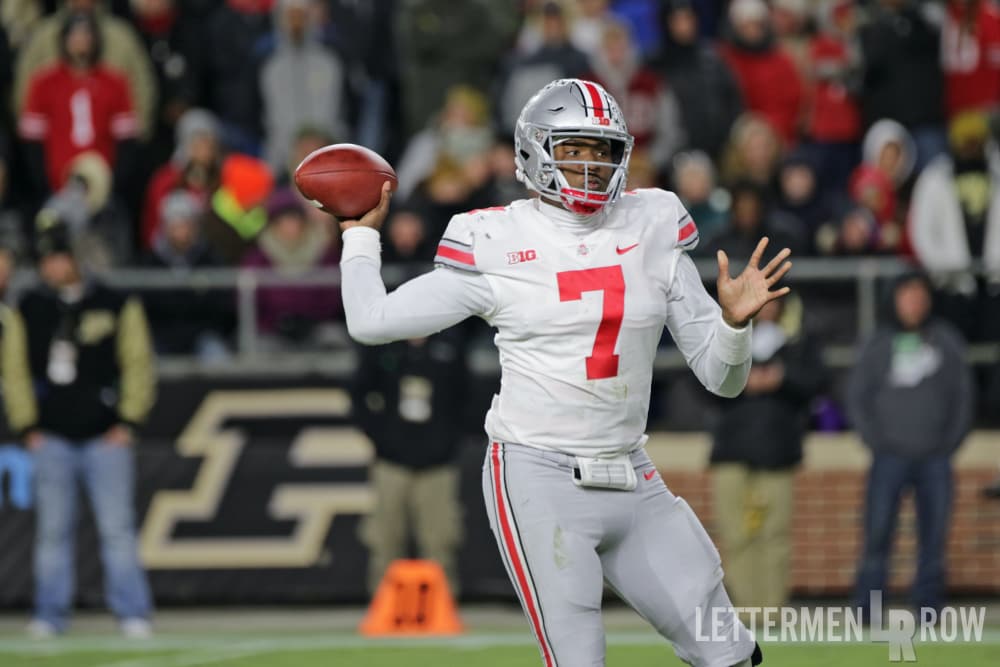 Dwayne Haskins has been the key to Ohio State's successes this season. (Birm/Lettermen Row)

COLUMBUS — Ohio State had its open week on the schedule fall perfectly after its thrashing on the road at Purdue last week. The Buckeyes subsequently fell in the polls, but despite doing nothing on the field on Saturday, they were able to gain some ground in the latest college football rankings released on Sunday.

Ohio State moved up one spot to No. 8 in the Amway Coaches Poll after Texas lost to Oklahoma State Saturday night. That upset ahead of them makes the Buckeyes hopes at a College Football Playoff spot at the end of the season that much brighter. Week Nine also produced plenty of shakeups in the Big Ten picture as results around the conference continue to shape who the Buckeyes could possibly take on in Indianapolis in December.

Michigan remained at No. 5 despite also not playing and are now tied in that spot with Georgia after the Bulldogs took down Florida in Jacksonville. Penn State moved up three spots to No. 13 after the Nittany Lions survived against Iowa, while the Hawkeyes remain at No. 18 to round out the rest of the Big Ten.