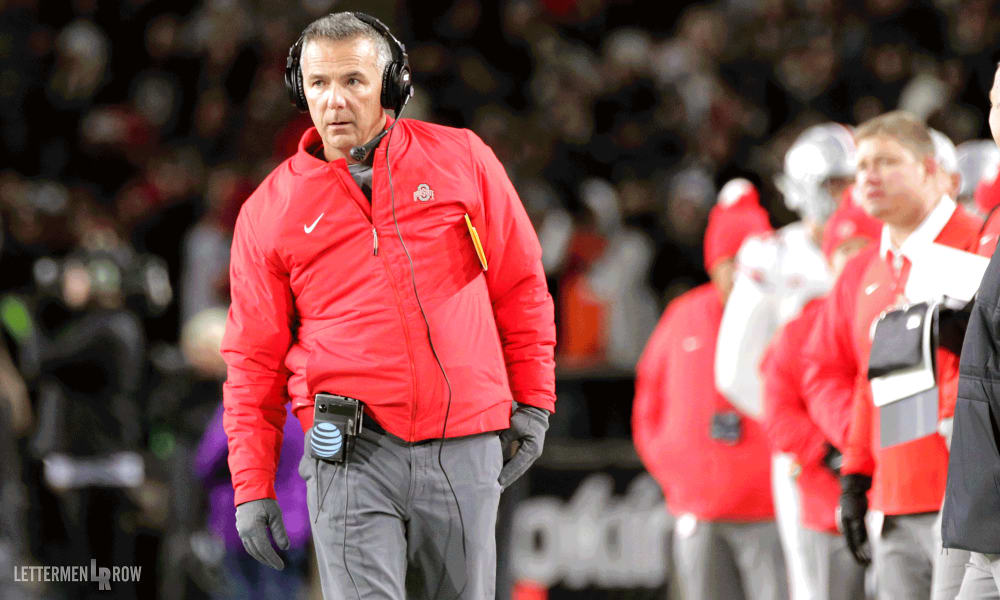 The Ohio State defense surrendered 40 points for the first time this season in the Buckeyes loss to Purdue. (Birm/Lettermen Row)

COLUMBUS — Just as many feared heading into this one, Ohio State finally had its “Iowa game” happen.

Just a week after moving into the in the No. 2 spot in the college football rankings, Ohio State now finds itself outside of the top 5 for the first time this season.

The Buckeyes fell to No. 9 in this week’s Amway Coaches Poll after it crushing loss on the road at Purdue last week. This is the first time Ohio State is outside of the top five since Week 3 last season after the home loss to Oklahoma and leaves the Buckeyes on the outside looking into the College Football Playoff picture.

The loss to the Boilermakers for the Buckeyes also leaves them sitting behind Michigan for the top spot in the Big Ten East. There is still plenty of football to be played this season, including the Wolverines games against Penn State next week. However, things are setting up to be a winner-take-all matchup in Columbus Nov. 24 for a spot in Indianapolis and the Big Ten title game.

As for how other Big Ten squads fared this week, many teams benefitted from the Buckeyes fall to the Boilermakers. Michigan rises to No. 5 after its gritty win on the road at Michigan State in awful conditions, while Penn State and Wisconsin move up to No. 16 and No. 19, respectively, after wins Saturday. Also, Iowa climbs the ladder to No. 18 after shutting out Maryland.