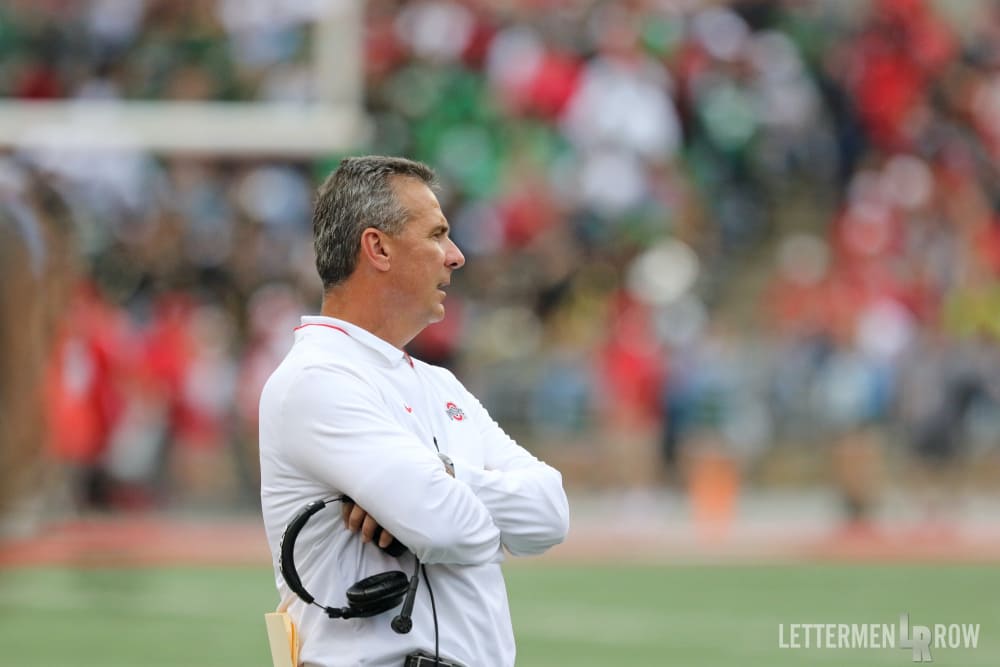 COLUMBUS — In Urban Meyer’s return to the sideline, Ohio State football greeted their head coach with a 49-6 victory over Tulane Saturday. However, the Buckeyes will continue to hold the No. 4 spot in the Amway Coaches Poll for a third-straight week despite the lop-sided victory.

Ohio State remains behind Alabama, Georgia and Clemson after Week 4 of play, but again, the Buckeyes received a first-place vote.

It was a good week across the Big Ten as many teams gained ground in the rankings. Wisconsin rose three spots to No. 13 after recovering from its home loss to BYU last week, while Michigan jumped six spots to No. 15 and Michigan State climbed five spots to No. 18 after big wins.

Additionally, Ohio State held position at the No. 4 spot in this week’s AP Poll after its thrashing of Tulane last week.

Like the coaches poll many teams around the Big Ten climbed the ranks with Michigan jumping five spots to No. 14, while Wisconsin and Michigan State each moved up three spots to No. 15 and No. 21 with wins. The biggest surprise of the week appeared in the top five, as LSU jumped Oklahoma after the Sooners survived an overtime scare from Army.

Penn State remained at No. 9 in the coaches poll and rose to that spot in the AP Poll after the weekend, setting up a top-10 matchup in Happy Valley. And with “Whiteout” conditions in the forecast for Beaver Stadium, next Saturday will be the biggest test and a turning point in the season for the Buckeyes.

What We Learned from Ohio State tuning up against Tulane
Ohio State opens as 4.5-point favorite over Penn State
Advertisement