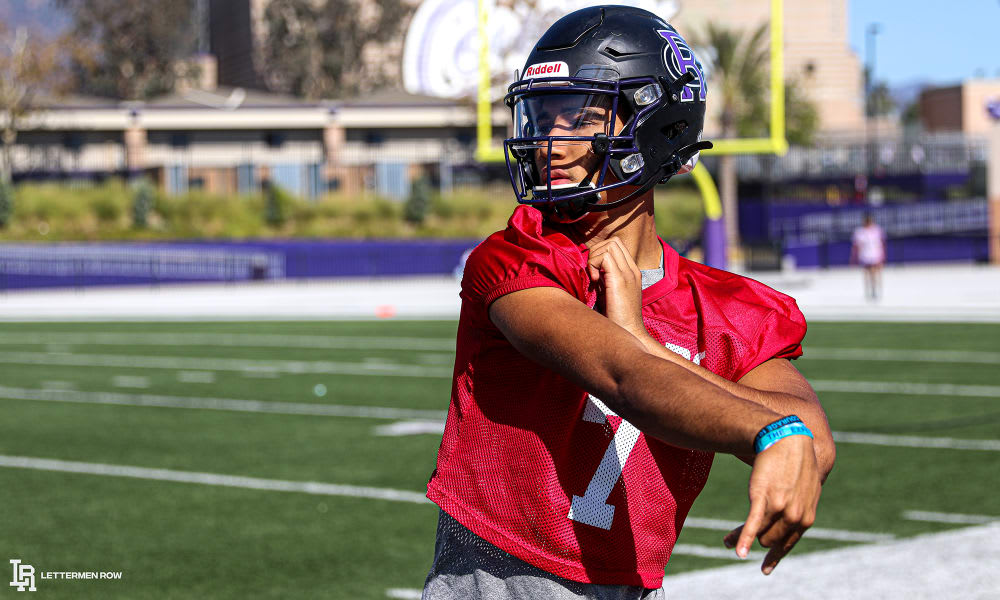 COLUMBUS — Maybe it won’t ever become a full-blown quarterback controversy, but there’s no mistaking that competition is on the way to Ohio State.

Jack Miller never wavered in his commitment. C.J. Stroud never backed down in his belief in himself. And both found the same appeal in learning from Ryan Day, spending a year developing behind Justin Fields and being surrounded by one of the most impressive collections of talent in the country.

Yes, only one quarterback can play at a time. But that didn’t stop the Buckeyes from signing two of them on Wednesday, which winds up being a tribute to everybody involved — and sets the stage for a lot of intrigue as soon as they arrive on campus next month.

“Both kind of different stories, but I think both are really excited to come in here and go fight for playing time,” Ohio State coach Ryan Day said. “I think to say that they’re going to go compete with Justin [Fields] to be the starter next year is a little bit unfair, but to fight for that backup spot next year is real. They’ll both be coming in here, and you never know how that works. Before you know it, you’re in it. In order to go win championships, you have to have depth at that position.

“What an opportunity for a couple guys to come in and compete against each other, get developed in what I think is the best offense in college football and get coached by some of the best coaches.”

Day couldn’t help but slip in that sales pitch at the end, even though it was clearly no longer necessary with both Miller and Stroud having delivered their signatures and confirmed their intentions to enroll at Ohio State. But the reminder is useful in underscoring just how Day was able to pull off something so rare at the most important position on the roster, selling two highly-touted passers on the idea of arriving in the program at the same time and likely going head-to-head for the entirety of their careers with the Buckeyes.

Obviously college football has changed dramatically thanks to the transfer portal, and no position has been impacted by it more than quarterback — and really no program has been more involved with it than Ohio State. Honestly, it’s not even remotely fair to either Miller or Stroud that the possibility that one of those guys might end up there instantly became a talking point as soon as the ink was dry on their scholarship papers. There’s simply no way to know what’s going to transpire over the next couple years, which for now means more attention should be paid to the mindset that it takes for both guys to embrace that pressure knowing the stakes right from Square One.

Heck, it might even work in Ohio State’s favor now that it can point to the Joe Burrow Plan for getting a degree while continuing to compete, growing stronger working with Mickey Marotti and learning under Day — then seeing what happens from there.

“Mike Yurcich did a great job recruiting these guys, and he’s going to do everything he can to develop these two — and that’s the promise you make in recruiting,” Day said. “We’re going to do everything we can to develop you. And yeah, I think this offense is very quarterback friendly. When you look at our history and the past, what we’ve done here, having Dwayne [Haskins] and seeing what Joe did and now Justin being in New York City, I think it speaks for itself.

Ohio State signee C.J. Stroud is coming to the Buckeyes to compete at quarterback. (Birm/Lettermen Row)

“I think it’s exciting, and not being able to have to start right away is a good thing. I think it’s good when you can get developed, and it’s going to start in a couple weeks here. Those guys will be enrolled in school, they’ll get going with Mick on the mat drills and everything else. Then before you know it we’re in spring ball and we go from there.”

There’s no doubt the urgency will be there for both guys right off the bat, and their paths are now inextricably linked forever.

They are different players, Miller with a reputation for his accuracy and Stroud now tapping into his all-around potential after his emergence at the Elite 11 finals over the summer. They are also now teammates, and that’s going to be another important fact for them to keep in mind when Fields eventually leaves for the NFL and the scrutiny gets ramped up and Day has to pick his next starter.

That moment probably isn’t that far off with the Heisman Trophy finalist likely only sticking around for one more year. So, even though Gunnar Hoak is still on the roster for one more year as a potential backup, the clock is already ticking for both Stroud and Miller. 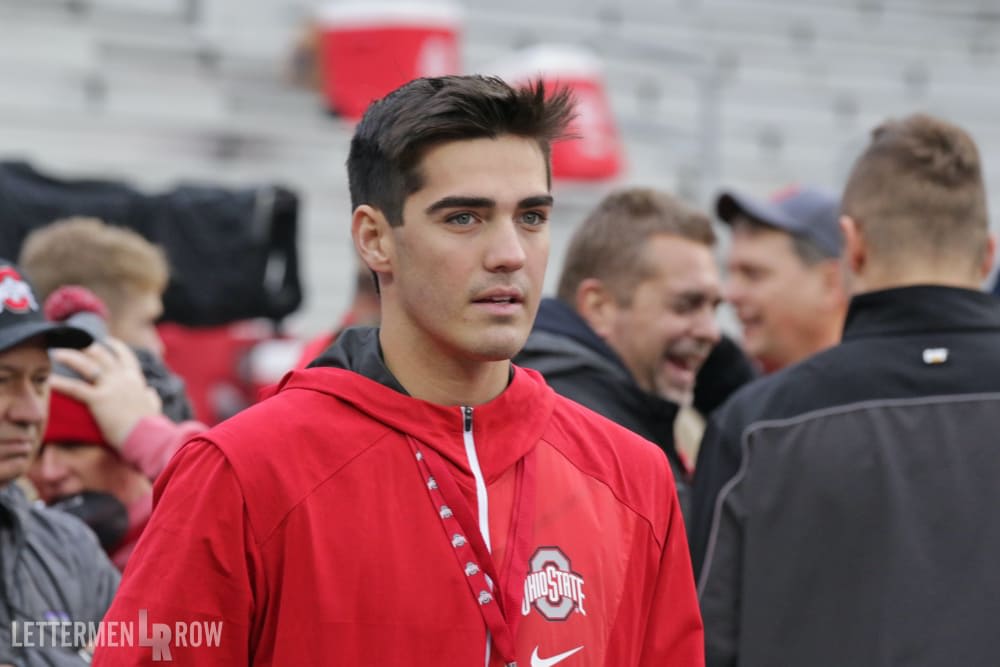 And clearly that’s just fine by them or they could have taken a much easier path virtually anywhere else in the country.

“What a great opportunity,” Day said. “I think if you’re a high school quarterback right now, there are a lot of people that would want to do that [here]. It’s an exciting time. … I think for the situation that we have, it’s unbelievable because you have Justin and you have Gunnar, but other than that, there’s nobody in the program other than some of the other walk-ons who are still developing, and we hope they become candidates to win a backup job or whatever.

The Buckeyes were enamored with both what C.J. Stroud and Jack Miller can bring to the program, so they were doubly excited.

And now the battle begins.