COLUMBUS — C.J. Saunders never got the ending he wanted at Ohio State.

The former walk-on turned captain also never complained, either about the bad luck with injuries or the brain-dead decisions from the NCAA. He also has never given up on doing what he loves or taking one more shot at a football career.

Saunders is training now to take part in Pro Day with the Buckeyes next month after two full years out of competition, one spent recovering from a leg injury and another serving as a player coach after his appeal for an extra season of eligibility was inexplicably denied during a season that didn’t count for anybody. And while making that jump after an extended layoff and with limited film for NFL teams to evaluate is a tall order, that’s nothing new for Saunders. 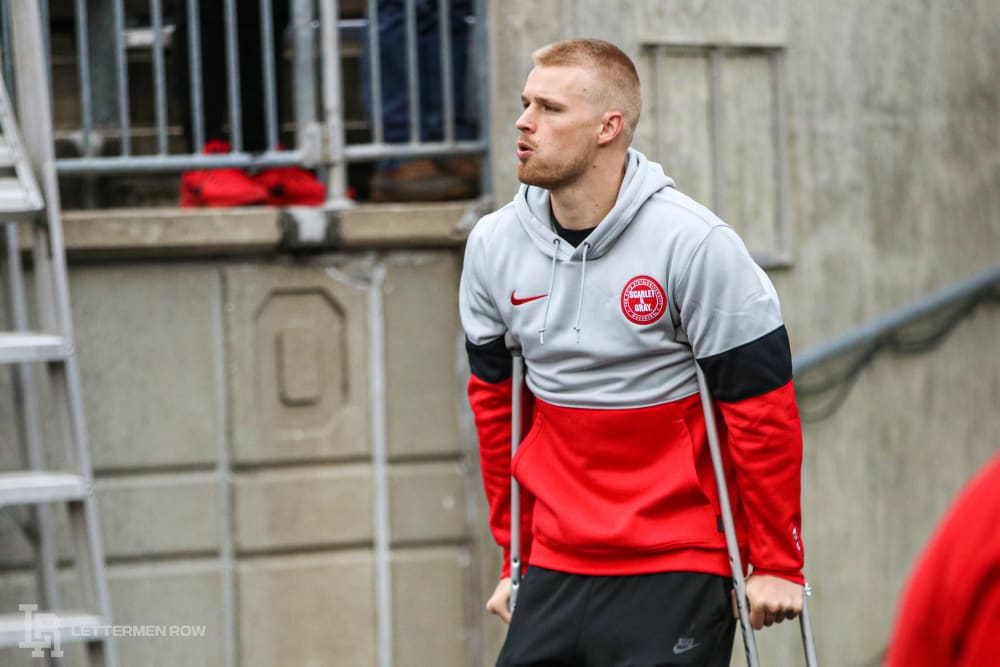 The Buckeyes leaned on him plenty even when Saunders couldn’t play, and there will almost certainly be a spot waiting for him in some capacity in the Woody Hayes Athletic Center if he decides to pursue coaching on a full-time basis.

For the time being, though, Saunders still has something to prove. He isn’t ready to give up on the next dreams yet, and it’s never been wise to bet against him reaching them.

What can C.J. Saunders provide to an NFL team willing to take a shot on the Ohio State wide receiver? After two years on the sidelines, how is the transition back to action going for the Buckeyes captain? How can the NCAA ever justify the decision not to let him play last year? As he prepares for Pro Day, C.J. Saunders popped in some highlights and answered those questions in the latest episode of BuckIQ.