COLUMBUS — The measure of success in the meeting room for Ohio State wide receivers has nothing to do with catches, yards or touchdowns. If it did, C.J. Saunders obviously wouldn’t be the guy setting the tone for the Buckeyes.

But when it comes to acing the tests that position coach Brian Hartline hands out, never taking a rep off or volunteering for any role that the team needs, Saunders has transformed himself from a walk-on afterthought to a guy the program counts on to help lead the Zone 6 unit.

Will that eventually translate to more of that tangible production on the field? Maybe, maybe not. But Saunders is clearly doing everything he possibly can to put himself in position to be a key contributor for the two-time defending Big Ten champions, and the expectations for him continue to rise heading into his final season with Ohio State. 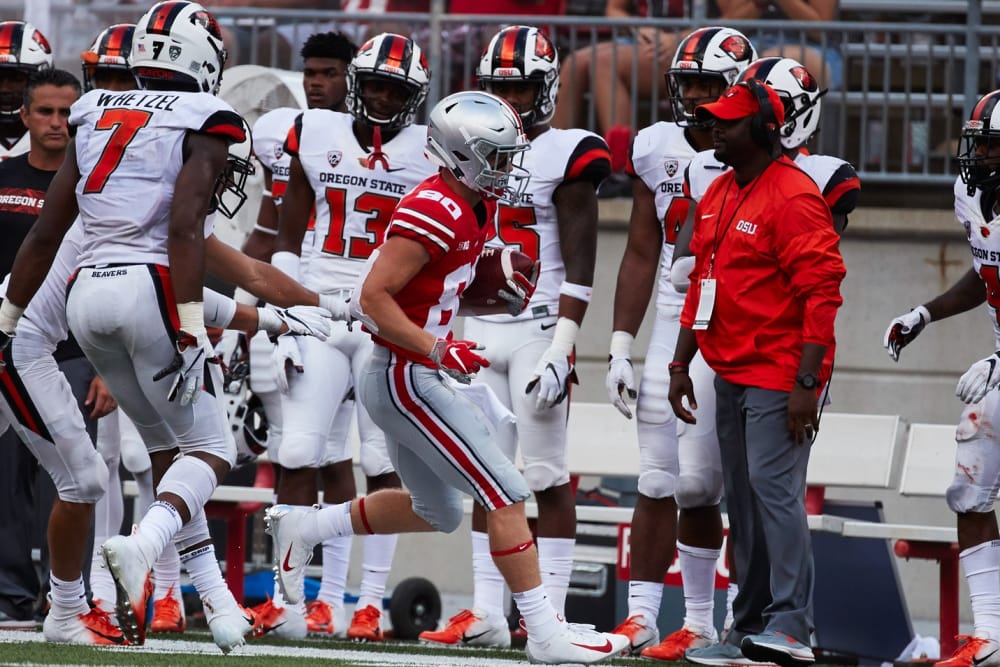 Taking that out on the field when the lights are on is the next step for Saunders, and he’s already shown a handful of times in his career that he can be a game-changer in the Horseshoe just like in the Woody Hayes Athletic Center.

The Buckeyes are looking at ways to get him involved more as a slot receiver, and they are continuing to use him as one of a couple options on special teams as a punt returner. And while the competition for catches remains fierce with so much talent at wideout, Saunders isn’t somebody who should be ruled out as a reliable target for the next quarterback at Ohio State.

What makes C.J. Saunders such a potentially useful weapon? How does he fit best in the plan for the Buckeyes moving forward? Former Ohio State wide receiver Evan Spencer was back in the Lettermen Row film lab breaking down everything about Saunders — and why there’s reason to think he can have a noticeable impact with the program this season in the latest episode of BuckIQ.

BuckIQ: How C.J. Saunders can become secret weapon for Ohio State
Watch this video on YouTube.