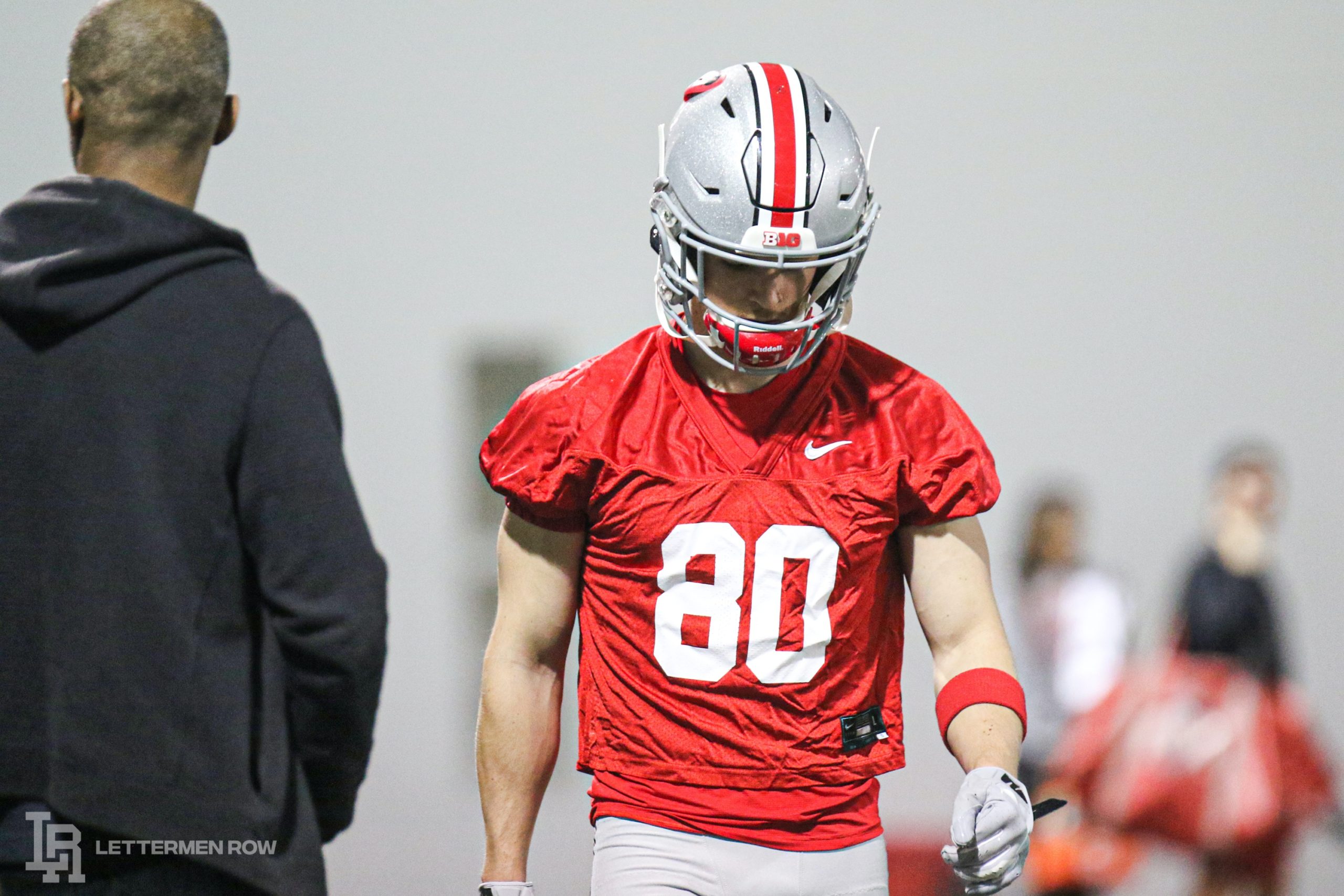 C.J. Saunders had been hoping for a sixth year of playing eligibility at Ohio State. (Birm/Lettermen Row)

COLUMBUS — The playing days Ohio State wide receiver C.J. Saunders with the program are over.

His career helping the Buckeyes doesn’t appear to be.

Ryan Day announced on Tuesday that Saunders, who had applied for a sixth-year of eligibility following an injury-riddled senior season, has had his request denied by the NCAA. No public explanation for the decision was revealed, but Saunders plans to stay on campus and work with the Buckeyes coaching staff, turning the page to the next chapter of his career.

Saunders, a Dublin native, is a former walk-on for Ohio State who was placed on scholarship ahead of the 2018 season and was named a team captain last year. His Buckeyes career saw him record 27 total catches for 294 yards and a lone touchdown in 2017 against UNLV.

“We’re disappointed he can’t play,” Day said in a press conference on Tuesday.”But glad he can still be with us here. … He has coaching in his blood.” 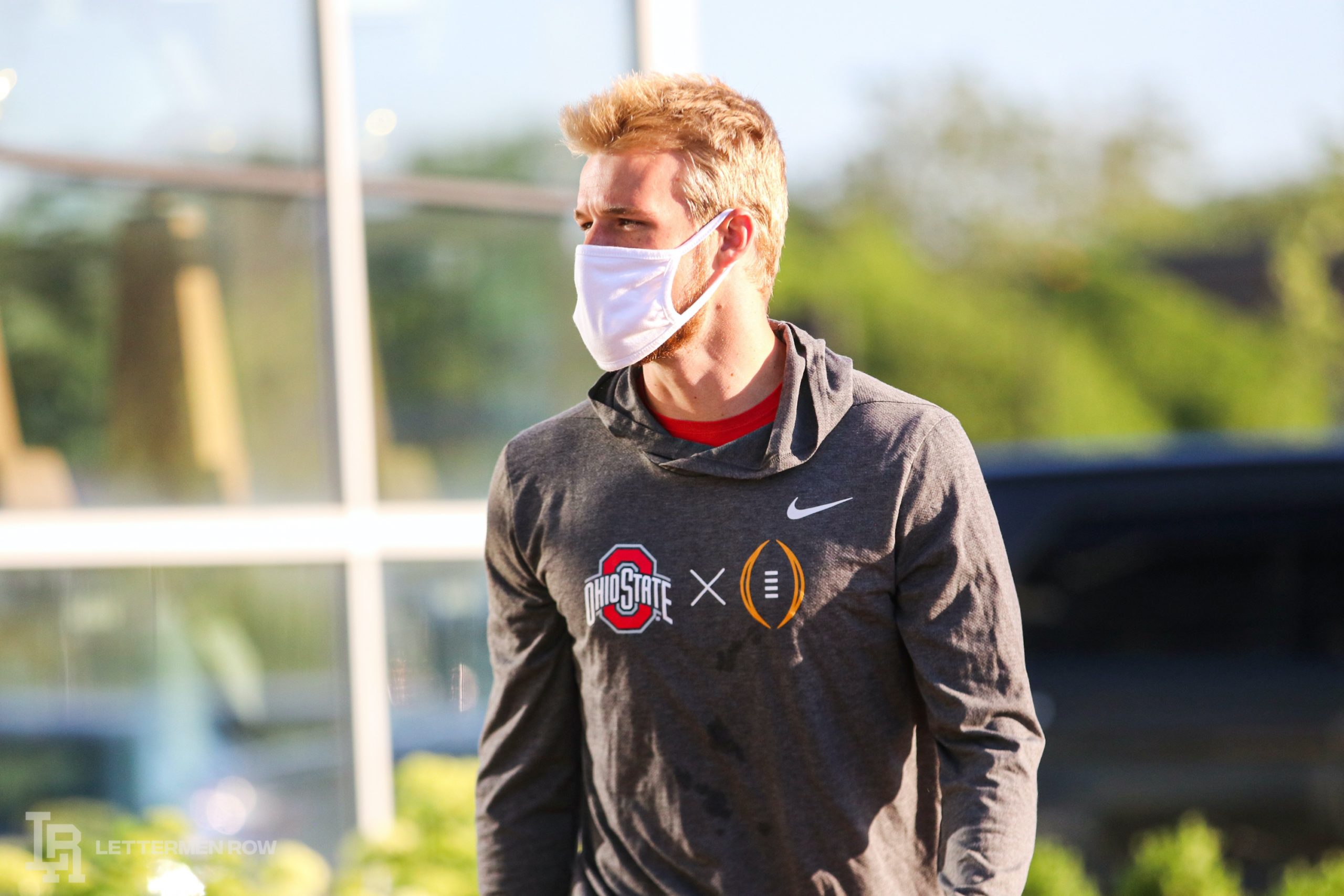 The Ohio State receivers room remains one of the deepest and most-talented in the country. The Buckeyes signed four receivers in the Class of 2020 and returned a slew of wideouts including Chris Olave, Garrett Wilson, Jameson Williams, Jaylen Harris, Ellijah Gardiner and Kamryn Babb.

C.J. Saunders has been widely praised for his leadership, doing everything from giving fiery speeches in the locker room to helping organize Black Lives Matter protests this summer.

“Oh yeah, C.J. Saunders does a phenomenal job,” Ohio State wide receivers coach Brian Hartline said last offseason. “To me, he’s a guy that I use as an example a lot — whether it be taking tests in our room, whether it’s overall effort in our room, he does a great job and that makes it really hard for me to find a bad rep on film. It’s really hard for me to find lack of effort on a test.

Saunders will still have that chance, but now he’ll be doing it in a different capacity for the Buckeyes.

Continue Reading
You may also like...
Related Topics:C.J. Saunders