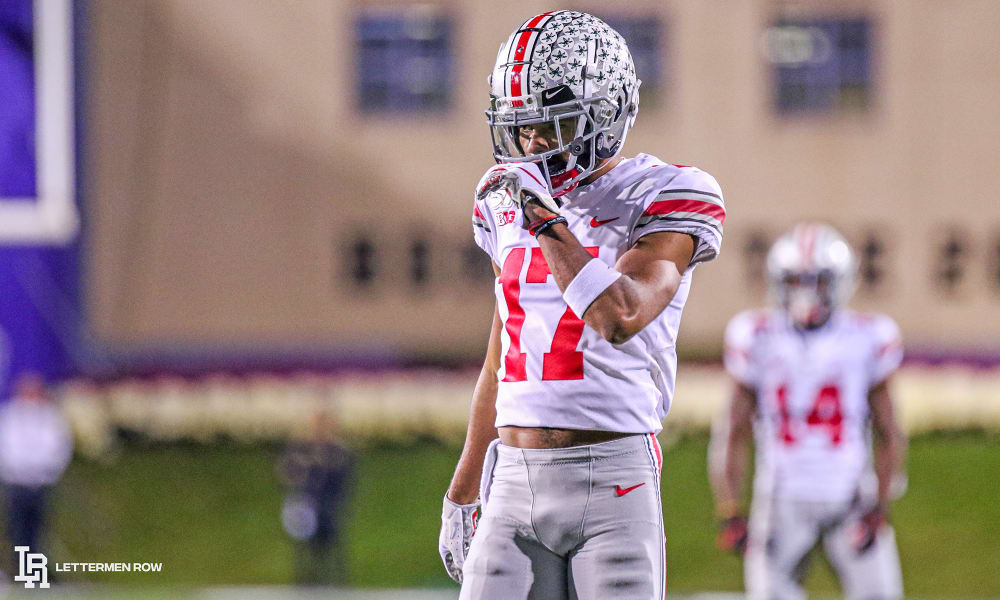 Chris Olave had a huge night for Ohio State against Northwestern after not having a catch in the previous game. (Birm/Lettermen Row)

COLUMBUS — Chris Olave had nearly two weeks to think about his worst game.

The sophomore wide receiver called his performance against Michigan State one of the worst of his career. Olave had no catches, no targets and didn’t show up on anything but the participation list after the game.

Ohio State had the week off after that before playing Friday night at Northwestern. Olave had nearly two weeks to evaluate what he did wrong, what he needed to improve on and what he needed to stay patient with.

“I think that was one of my worst games, in my opinion,” Olave said. “Having zero catches and having two weeks off to try to rebound from that, it was really tough for me.”

Whatever Olave did during that tough two-week stretch worked. He had two catches on the opening Ohio State drive and the first touchdown of the game. By the time the starters were pulled with a massive lead, Olave led the Buckeyes in receiving at Northwestern with five catches on six targets for 60 yards and two touchdown grabs.

All just one game after being blanked.

Olave doesn’t worry about the stats that come with a lot of catches or even how many targets he gets each game. He understands his role in the offense as one of many talented skill guys on the field. There are plenty of them, but only one football. Olave credits the selfless attitude to the culture of Zone 6.

“We have a great bond with each other. We’re just happy for each other.”

Olave can be happy for other wide receivers all he wants, but his talent is evident enough that he shouldn’t be shut out of games like he was against Michigan State. He is currently second on the team in receptions (20) and receiving yards (309). He is averaging 15.5 yards per reception and leads the Buckeyes with six touchdown grabs. 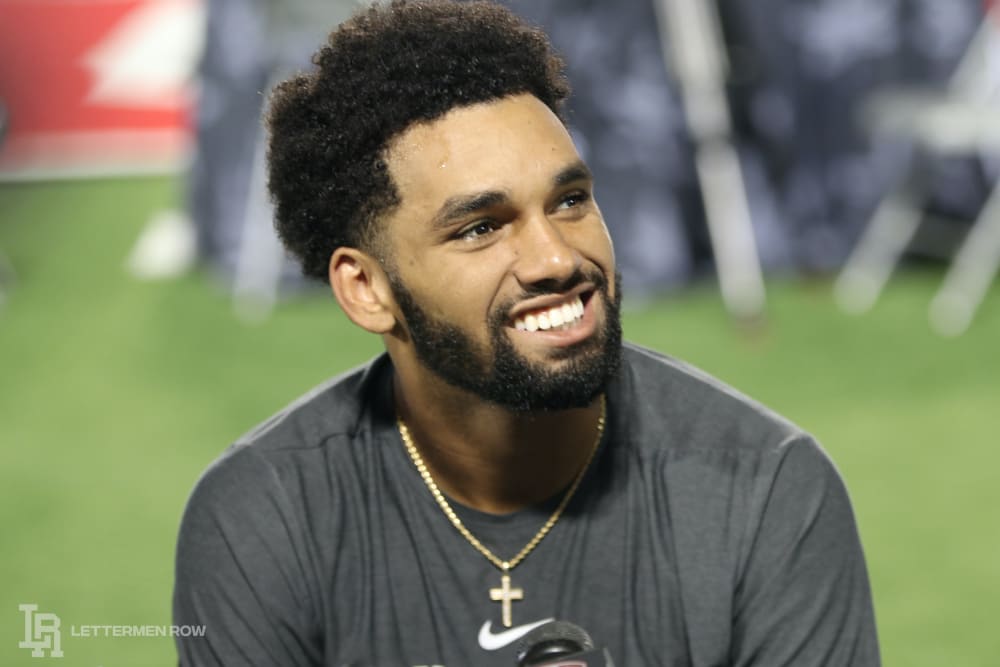 Chris Olave has emerged as a leading receiver for Ohio State. (Birm/Lettermen Row)

So what happened against Michigan State? Olave found plenty of room for improvement when he studied the film. But he also didn’t see much of anything he needed to alter or change in the two weeks before Ohio State faced Northwestern game.

He just kept running his routes and finding ways to make plays, and if the ball came his way, he would catch it.

“I didn’t really change anything,” Olave said. “I kind of changed my mindset that I’m happy for my teammates. As the year kept going on, we kind of have to be more unselfish, we can’t control where the ball goes. We just try to make an impact wherever and try to help our team win”

The guy who does control where the ball goes, Justin Fields, has been one of the most efficient passers in the country this season. He had nearly an 80 percent completion percentage against Northwestern. A quarter of his attempts went to Olave on Friday night, which makes the lack of catches and targets from the Michigan State game even more puzzling. When Olave is open, Fields gets him the ball.

And when Fields throws the ball, it’s accurate.

“When we get open, the ball is perfect,” Olave said. “Right there on time. Even when we’re not open, he puts the ball where we can catch it and the [defensive back] can’t.”

So with the long layoff between no targets to the latest dazzling Chris Olave performance, there wasn’t much to change. His routes were good. The offense looked good. The final score favored the Buckeyes. And Olave doesn’t care about his stats anyway. He loves being happy for whichever wide receiver makes plays.

But it’s always nice to have five catches and two touchdowns in the game after being shut out. Now, he might not have to think about his worst game any longer.