Connect with us
Chris Olave is returning to Ohio State. (Birm/Lettermen Row)

COLUMBUS — Chris Olave got his redemption at Ohio State.

But he’s still not ready to call it a career with the Buckeyes.

The star wide receiver was widely projected as a potential early-round NFL Draft pick after another wildly productive season leading Ohio State in catches, receiving yards and touchdowns as a junior. But Olave has elected to stick around for one more shot at a national championship, and he’ll now have a chance next year to leave one of the most impressive legacies in school history at the position.

Olave’s return is a massive boost to a unit that will also have Garrett Wilson back, giving the Buckeyes the nation’s best one-two punch alongside Jameson Williams and rising talents like Jaxon Smith-Njigba and Julian Fleming who impressed with limited opportunities as freshmen. 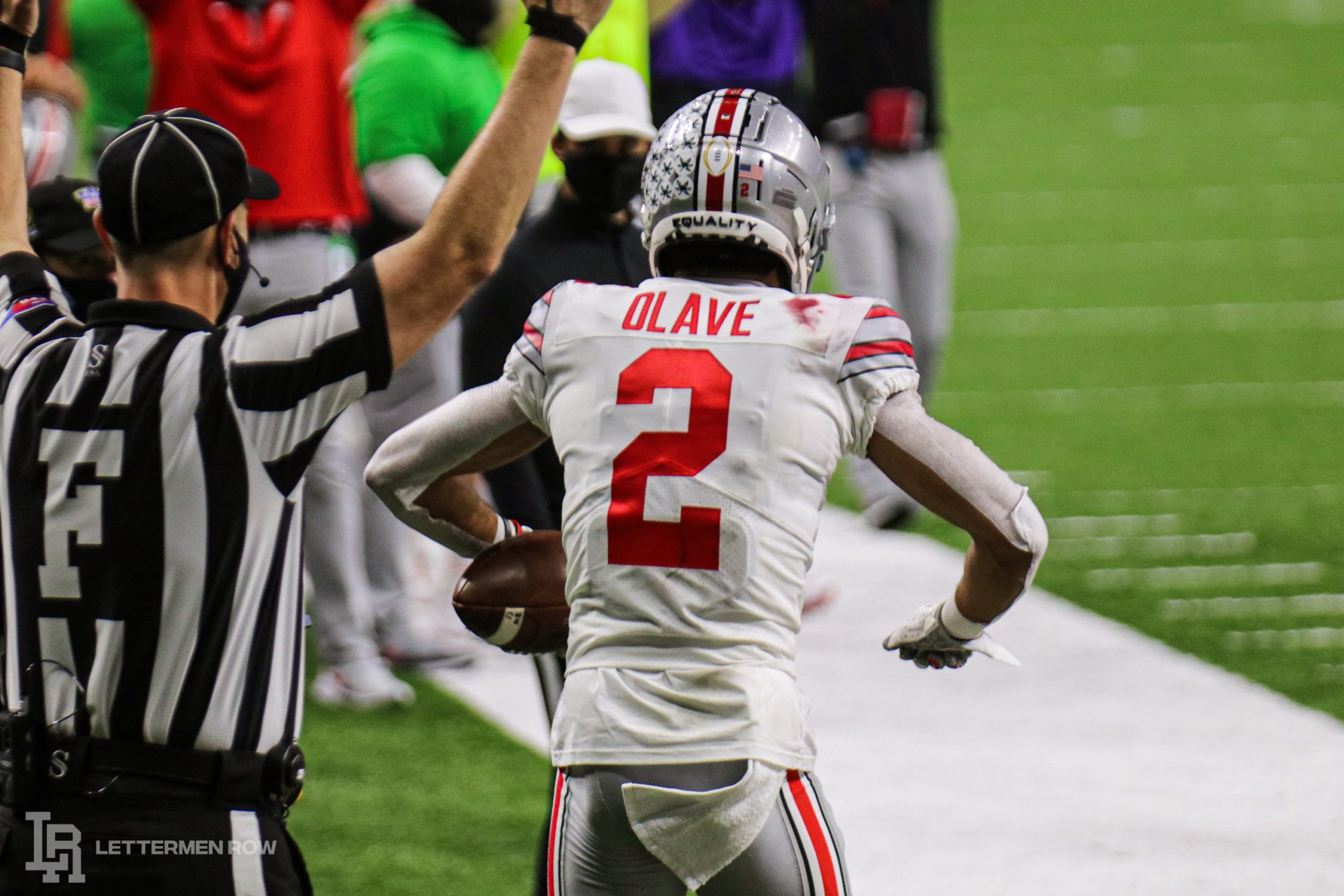 “That’s huge — I mean, I’ve got all love for the guys,” Chris Olave said after the title game. “And our unit is so close. We competed every day in the offseason, trying to make each other better, and to see them out there in their freshman year playing in a national championship is huge.

“And I know they’re not going to forget this feeling. I saw the looks on their faces. And I hope they bounce back, and I hope they work harder than ever in this next offseason.”

The next wave of wideouts won’t have to take the torch from Olave yet, and that should only ease the pressure for them as Smith-Njigba and Fleming ease into the rotation and Ohio State breaks in a new quarterback after losing Justin Fields.

Olave has emerged as one of the most clutch big-game performers and dangerous deep threats in the country, and another year of development with position coach Brian Hartline should only make him better.

Ohio State didn’t know if it would get that opportunity. But Chris Olave isn’t finished with the program yet.