COLUMBUS — Chris Olave may still make jaws drop, but Ohio State is certainly no longer surprised when it happens.

If it happens in a game, odds are the Buckeyes have seen their star wide receiver do it in practice. And he’s been making prolific production look routine for years now, turning heads of his teammates dating back to his first practice with the program.

Obviously plenty of them have passed over the ensuing three years, and his work ethic and his rise from relatively overlooked recruit have already become mythical. But by deciding to stick around for a senior season, Olave can cement a legacy with Ohio State that goes beyond his on-field production in the Horseshoe. 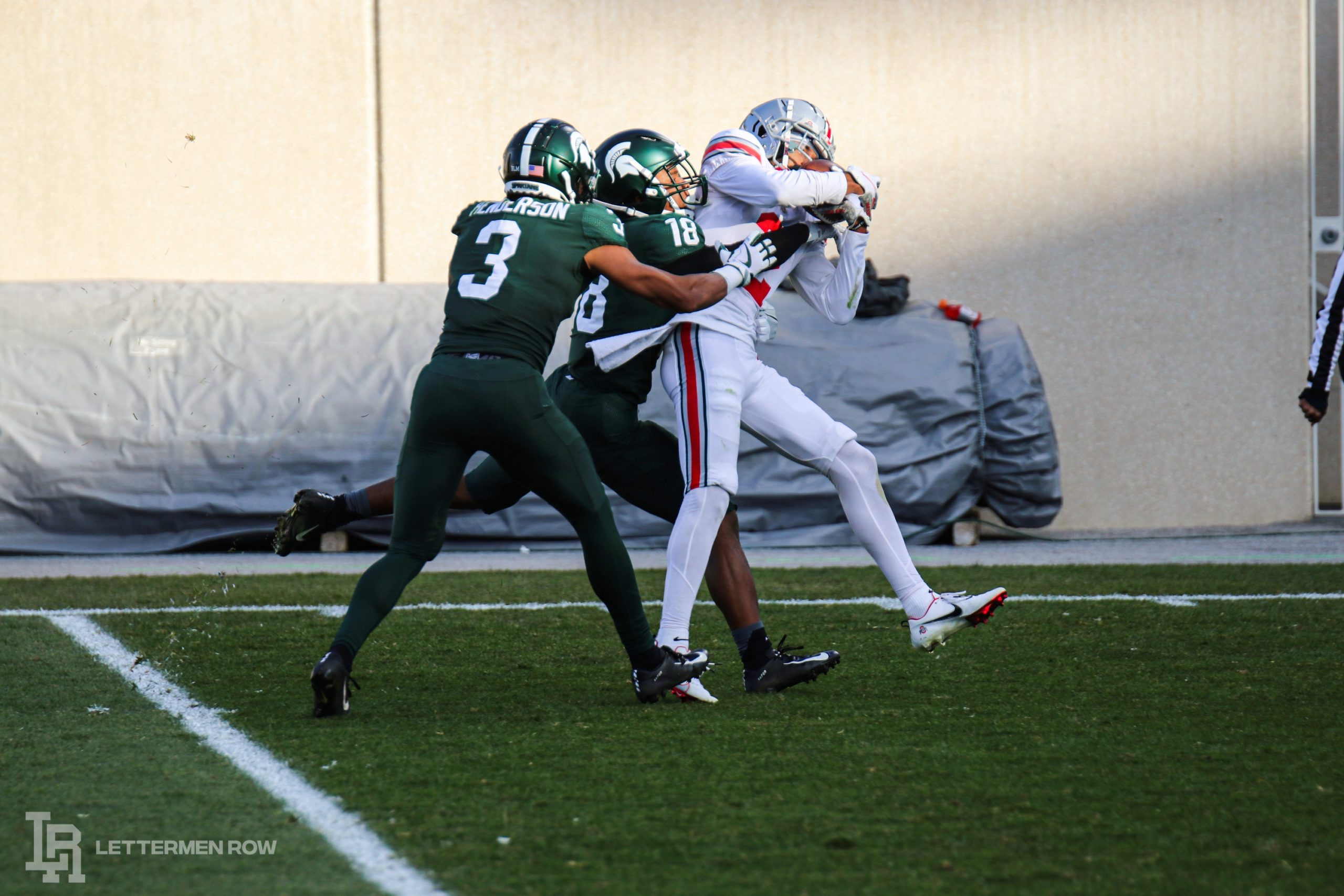 “That’s the biggest thing with Chris: He’s always the same, he’s always consistent with the way he plays.”

That all starts in the Woody Hayes Athletic Center, the weight room and with countless hours studying the game. And Olave has always embraced the grind with the Buckeyes, particularly after he was able to watch and learn from another group of seniors that put off the NFL Draft to leave their marks with the program with Terry McLaurin, Parris Campbell and Johnnie Dixon around for his freshman campaign.

One of those three still remembers well what it was like when Olave showed up. And McLaurin recounts those early days and his latest impressions of Olave’s game in the latest episode of BuckIQ.

What makes Chris Olave so special for Ohio State? Are there areas of his game that can still improve as a senior for the Buckeyes? Was there any surprise that he returned for his senior year? Former Ohio State star and current Washington Football Team receiver Terry McLaurin puts on the highlights and breaks it all down in his most recent chat with Lettermen Row.