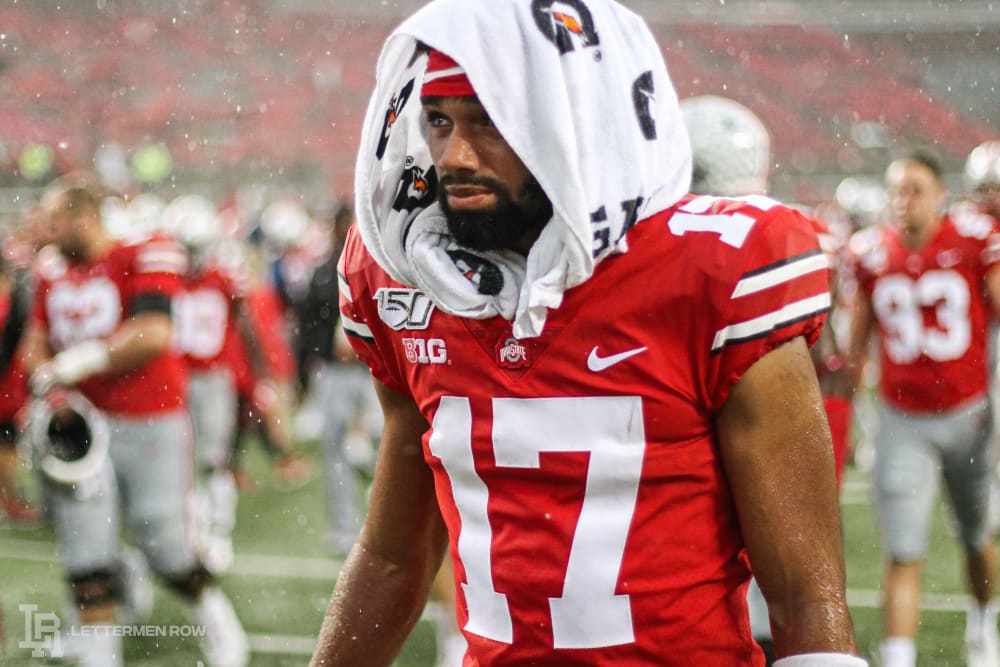 Nothing about the college football world’s introduction to Chris Olave surprised his former prep coach.

Mission Hills (Calif.) coach Chris Hauser knew first of the reputation of Olave’s older brother, Isiah, a standout at UC-Davis, before he ever coached Chris and his other brother, Josh.

Hauser then saw firsthand the Olave approach — to football and life.

“Well, you’re seeing it at Ohio State — what an example,” Hauser told Lettermen Row. “Here’s this elite football player, elite athlete, a four-sport kid his senior year — football, basketball, baseball and track at same time — competing at a high level, and there’s no excuses anymore for anyone. It was: ‘My oh my, look what this young man is doing.’

“He could have been resistant to that, he was going to be playing at a Power-Five school as a receiver, and he wasn’t recruited as a special teams phenom. But he played safety for us, as well as returned kicks for us, and to be able to talk about him to your current team, know what he’s doing for Ohio State, just has tremendous value. He always wants to be that teammate that [said], ‘If you need me to do something, I’m going to do it full-tilt.’” 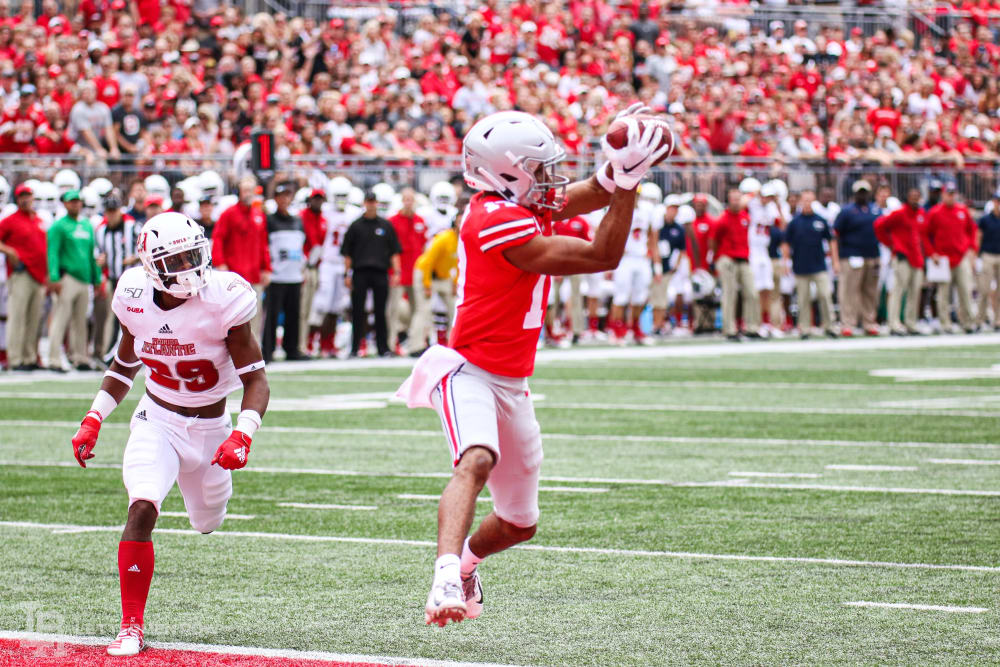 Just a sophomore, the 6-foot-1, 185-pound Olave leads the Buckeyes with four touchdown receptions and a 17.5-yard per catch average. He also ranks third on the team in all-purpose yards and owns another blocked kick for the unbeaten and largely unchallenged Buckeyes, who visit Nebraska on Saturday.

“We talked about playing Nebraska in the summer and in the winter; we prepared for it when we were working out,” Olave said after Ohio State’s 76-5 win against Miami (Ohio). “I’ve heard Nebraska is one of the toughest in the nation at home, and we’re going to have to go there and try to get a win.”

Ninety-nine of them come immediately to mind for Hauser.

“I remember an outside screen against La Costa right before half, and we threw to him in traffic, next thing you know, he’s running the sidelines to the end zone — he just found a way to weasel through it and make people miss,” Hauser said. “But I just remember watching him when were backed up on our 1-yard line, pinned against El Camino, and we’re in 21 personnel [two running backs, one tight end], just trying to get out, and Chris just looked at the quarterback and made eye contact. Then he went 99 yards on a vertical route.

“And I’m like, ‘Are you kidding me? You’re gonna do that and press this guy?’ But our guys had the freedom and did it.”

Hauser also recalls Olave answering an unspoken challenge from a rival defensive back whose flair was on clear display. 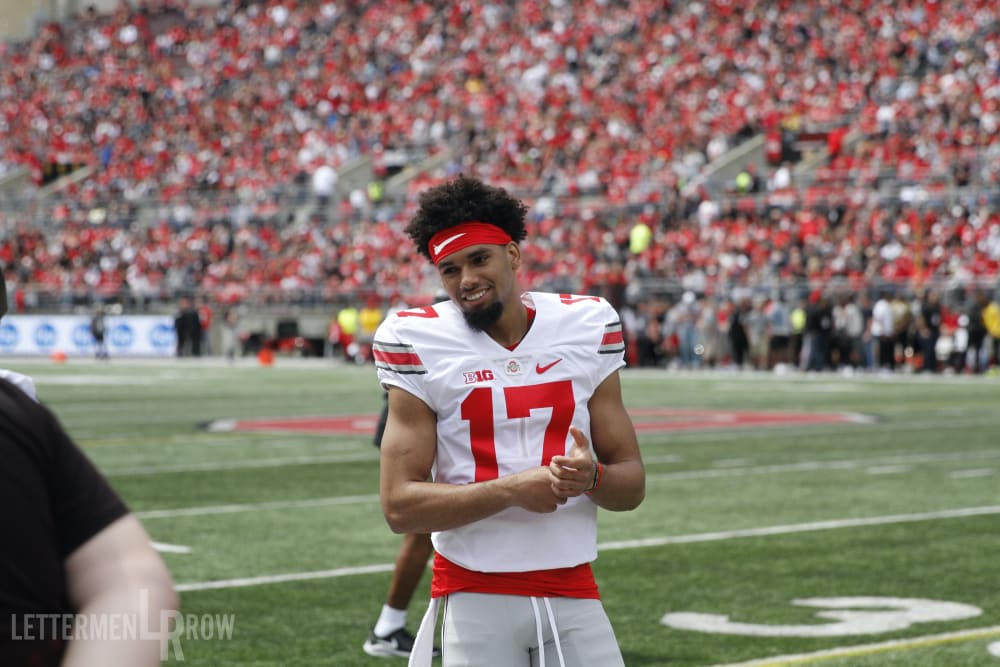 “I remember one game, we’re playing a team and had a lead on them and it was the third quarter, we’re at the fringe of the red zone area, and this corner wearing bright green shoes – the team color wasn’t that – goes over to cover Chris,” Hauser said. “If you’re going to do that, you better be the best player out there. Chris and the quarterback looked at each other, switched from a run play to a fade route. Touchdown. Chris was like, ‘Really? You’re sending this guy out? Come on, man.’”

“Well I remember his first offer was Hawaii, and Chris just happened to have on a Hawaii sweatshirt that day, but he had said all along his destination is going to be the school that offers him the most and biggest challenge as a player,” Hauser said. “Wherever there is the greatest competition, and there he is at Ohio State. It could have been somebody different, but that Ohio State offer came to him and in his mind, that was providing what he wanted.”

Hauser would be hard-pressed to want a better example for his current crop of Mission Hills Grizzlies than that of Olave. Hauser now owns a personalized keepsake from Olave’s recent Buckeyes Special Teams Player of the Week award on the heels of Olave’s blocked punt in the Big Ten-opening win at Indiana.

And likewise, Hauser is growing Buckeye Nation a bit in Southern California.

“I actually just got a piece of mail from Ohio State, a picture of Chris from being special teams player of the week including a hand-written note from Coach [Ryan] Day, which is just so classy. Not many people do that,” Hauser said. “Chris and I are very close, my son was his receivers coach; my wife, son and I went to the Rose Bowl, I was in Columbus earlier this year for four days during spring practice.

“He’s so about the people that he’s dear to. And I’m grateful for him as well. I’m having an amazing ride just as a fan and as a coach.”