Chris Olave is still developing for the Buckeyes.

COLUMBUS — There is perhaps no wide receiver Ohio State trusts more in pressure situations than Chris Olave, and he’s validated that faith numerous times already in his career.

One slip-up isn’t going to change that for the Buckeyes.

And it might make Olave even more dangerous in clutch moments moving forward.

Since facing the music on that fateful night in the desert in December, the junior wide receiver hasn’t had any other public opportunities to dive into the details of the route he broke off that wound up leading to a game-ending interception in the Fiesta Bowl. But numerous teammates and coaches have seen Olave take a work impressive that was already among the best on the roster to an even higher level, potentially in an effort to make sure he can erase that one bad memory when the Buckeyes get back to business.

“It was my fault — I was supposed to run a post but I thought he was scrambling, so I just tried to work the second part of the route,” Olave said after the game. “But it ended up he wasn’t scrambling. He trusted me to run that post. I didn’t. So it’s a mistake on me. 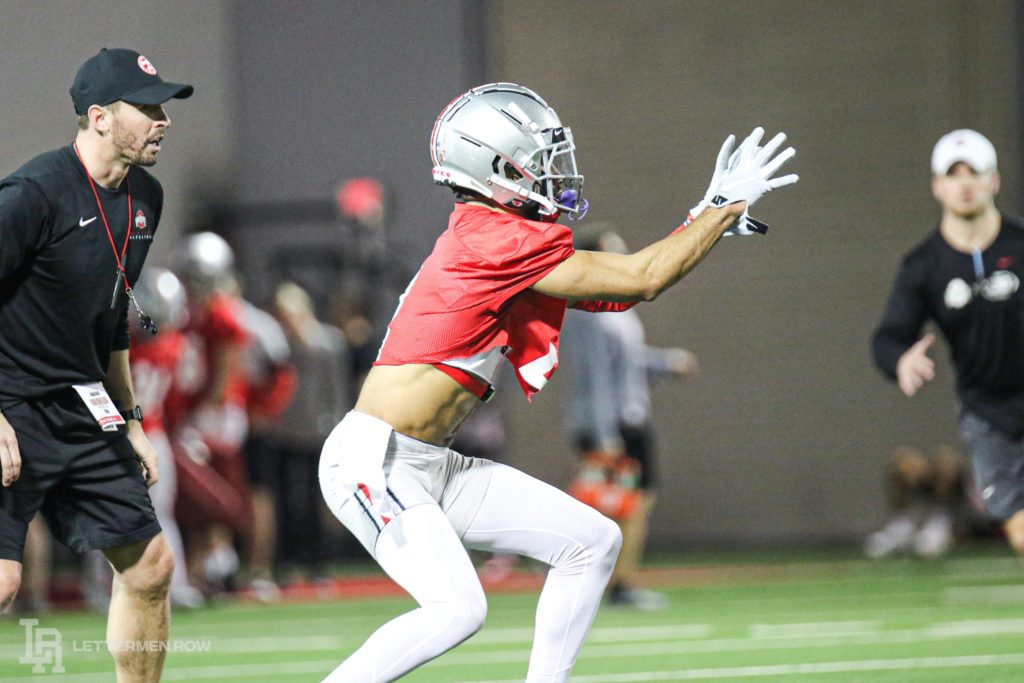 “It’s the worst feeling in the world, being the target on that last play [and coming up short]. I feel like I let the seniors down and my team down, and I’ve just got to learn from it and bounce back.”

By all indications, that won’t be a problem for Olave. And coming off a season that included 12 touchdown catches, it’s scary to imagine how much more productive he could become for Ohio State and quarterback Justin Fields in what could be his last year with the program.

Either way, that one negative shouldn’t overshadow everything else Olave provided the Buckeyes last season. But all of it is setting the stage for what could be a huge junior campaign.

What makes Chris Olave such a handful for opposing defenses? How much better can the junior receiver get for the Buckeyes? How significant will that Fiesta Bowl memory be in fueling his offseason workouts? Former Ohio State wideout Evan Spencer put on the tape to break down Olave’s game and answers those questions in the latest episode of BuckIQ.