Connect with us
Evan Spencer breaks down the play of Chris Olave. (Greg Bartram/USA Today Sports)

COLUMBUS — Any doubts Chris Olave may have had about his chances of helping Ohio State right away didn’t stick around long.

When the wide receiver showed up last summer, he admitted that there was some uncertainty about whether he would be ready to contribute as a freshman.

But by the time he packed on a little weight and actually got on the practice field, those doubts melted away. And by the end of the season when he was scoring critical touchdowns in significant matchups, Olave was doing more than just validating his own self-confidence — he was marking himself as a future star for the Buckeyes.

“I feel like coming into camp, I was kind of hesitant,” Olave said in December. “I [wondered] if I could play here with my size and stuff. So, I got to 175 pounds before camp, and the first couple days of camp, I was like: I can actually play here. 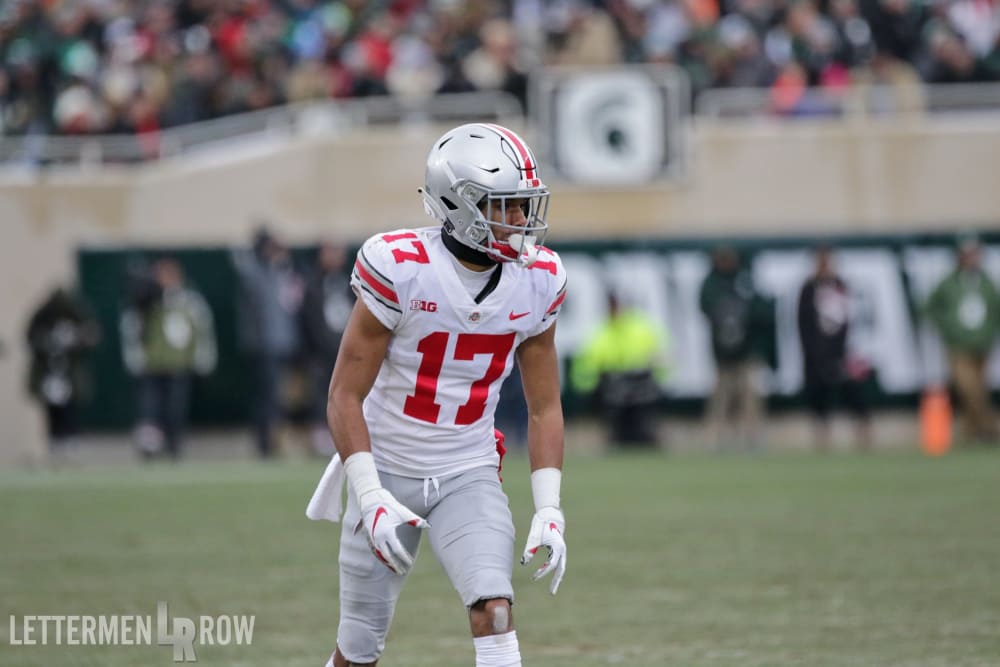 Ohio State wide receiver Chris Olave broke out for the Buckeyes as a freshman. (Birm/Lettermen Row)

“I felt like I could play, and I just stuck to the plan and played my role throughout the season. … You know, the Team Up North game, I kind of busted out and had a great game. That first touchdown, I was kind of surprised and shocked, but I just went along with it and played like how I do. It all came through.”

The Buckeyes had high hopes for Olave all along or they wouldn’t have made him a recruiting emphasis at the end of the 2018 cycle. But the way he carved out a role and thrived in such meaningful moments has forced a bit of recalibration outside the program, as a player who arrived under the radar and slightly undersized has become a guy with outsized expectations to help lead the passing attack at wideout.

How can Chris Olave keep improving this spring? What’s the next phase of his development? How exactly did he do what he did as a freshman? Former Buckeyes wide receiver Evan Spencer was in the Lettermen Row film lab for the latest episode of BuckIQ looking at exactly what has Olave positioned for more success down the road.