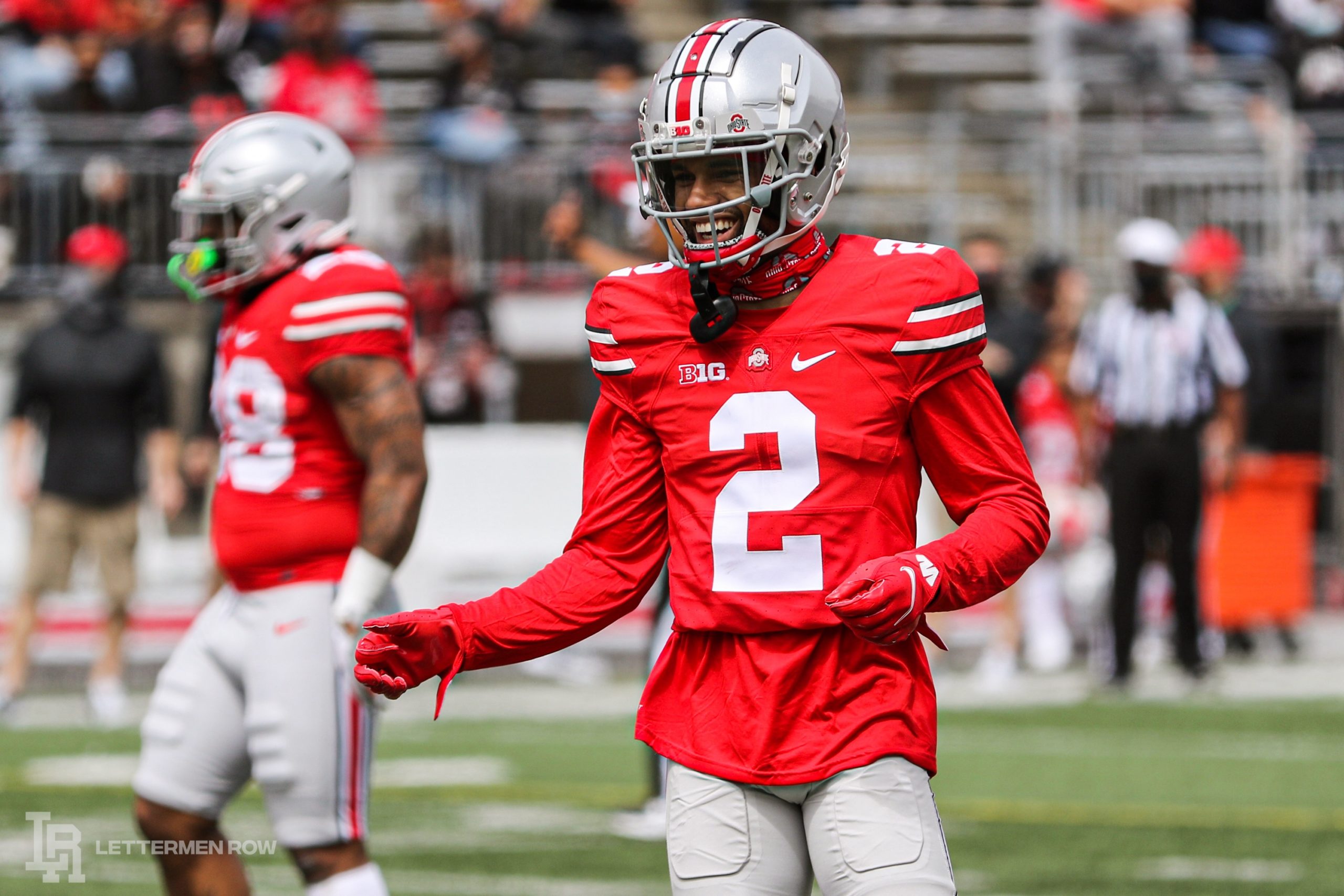 He didn’t drop any passes. He looked crisp in and out of his breaks on routes. He showed how good he can be at the next level.

But it didn’t matter how good he looked at Ohio State Pro Day. Olave put his own off until next year.

“It was fun,” Olave said last week. “To finally get out there and run routes in front of scouts and just run routes with all my teammates, especially catch balls from Justin [Fields]? It was fun going out there and trying to make him look good.”

Instead of making it his own showcase, Olave was just catching passes for former Buckeyes quarterback Justin Fields. And instead of opting to go to the NFL after three brilliant seasons at Ohio State, Olave chose to return for one more year and one more chance to get better before making the leap to pro football.

“I feel like I needed to work on some things so I came back to get in the weight room more and get a lot stronger, turn into a more complete receiver so I can be ready Week One when I go to the NFL,” Olave said.

Olave could have been a first- or second-round pick and one of the first wide receivers off the board if he declared for the NFL Draft. But Olave returned for another shot at a national title and another year to develop. 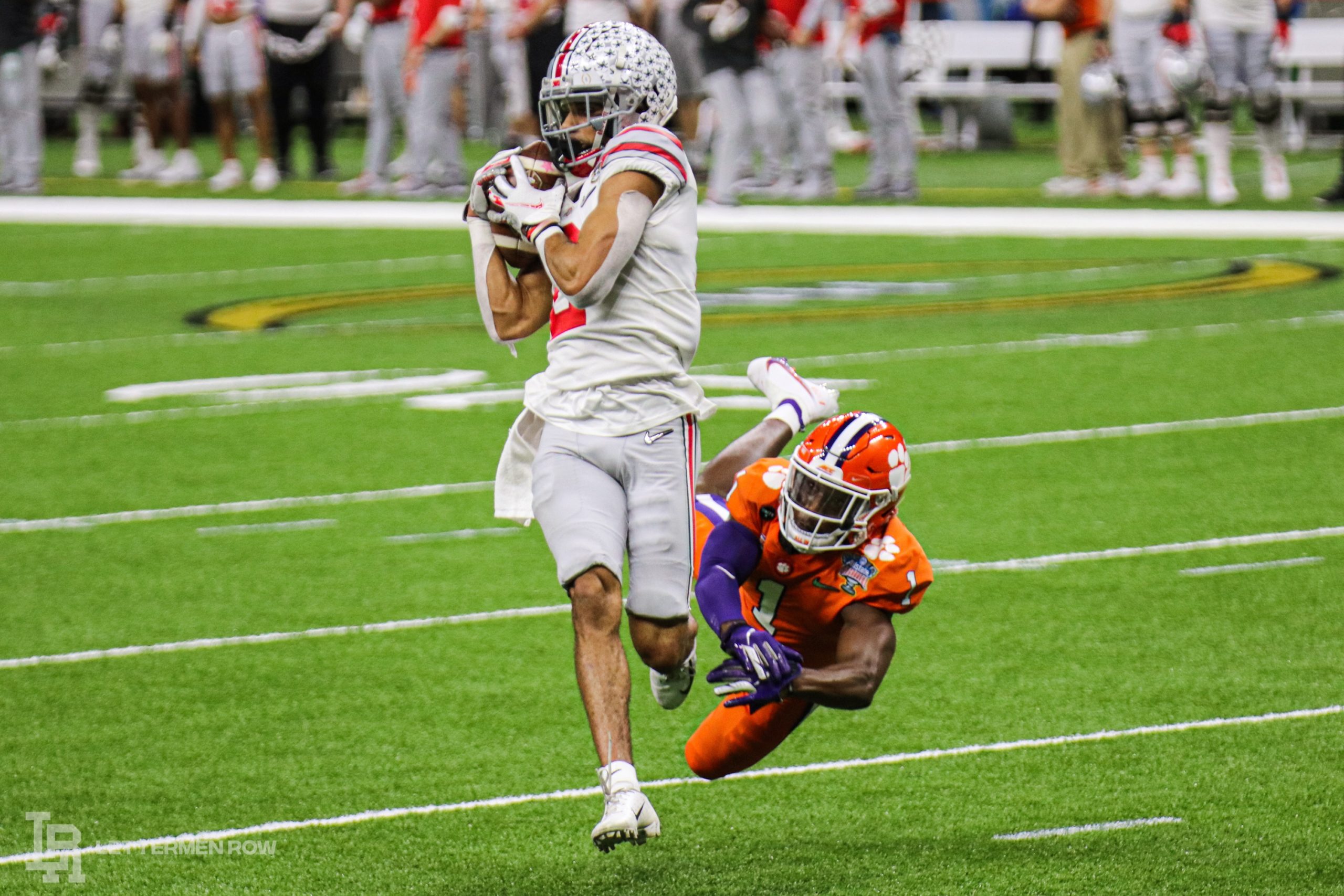 Since bursting onto the scene in 2018 with his two-touchdown performance against Michigan, Olave has done nothing but produce. He has 110 catches for 1,766 yards and 22 touchdowns — in just 27 career games. He averaged more than 100 yards per game in his junior campaign, solidifying himself as one of the country’s premier receivers. Yet he still chose to come back to Ohio State.

He still has plenty of work to do if he’s going to be NFL ready by this time next year.

“There’s a lot of work to be done,” Ohio State coach Ryan Day said. “Playing on edges, being more physical, attention to detail and route-running, finishing plays with the ball, spacing out routes in zone, there’s a lot of areas there. Blocking is huge. So there’s a lot to work on.

“We have a year of a deficiency, in my opinion, across the board of development. We’re playing catch-up right now. We just are. Last week has been great, but one thing that’s for sure is we’ve got lightyears to go. We’ve got to get better with the fundamentals and the techniques of playing. … The more we can play, the better off we’re going to be. [Olave and fellow wide receiver Garrett Wilson] are two guys who have played a lot of football here but still need a lot of improvement in different areas. [Position] Coach [Brian Hartline] has made that clear with the different emphasis areas. … There’s nobody above getting better in those areas. There’s 10-to-12-year vets in the NFL that need to improve in different areas. So we’ll just keep challenging them to get better.” 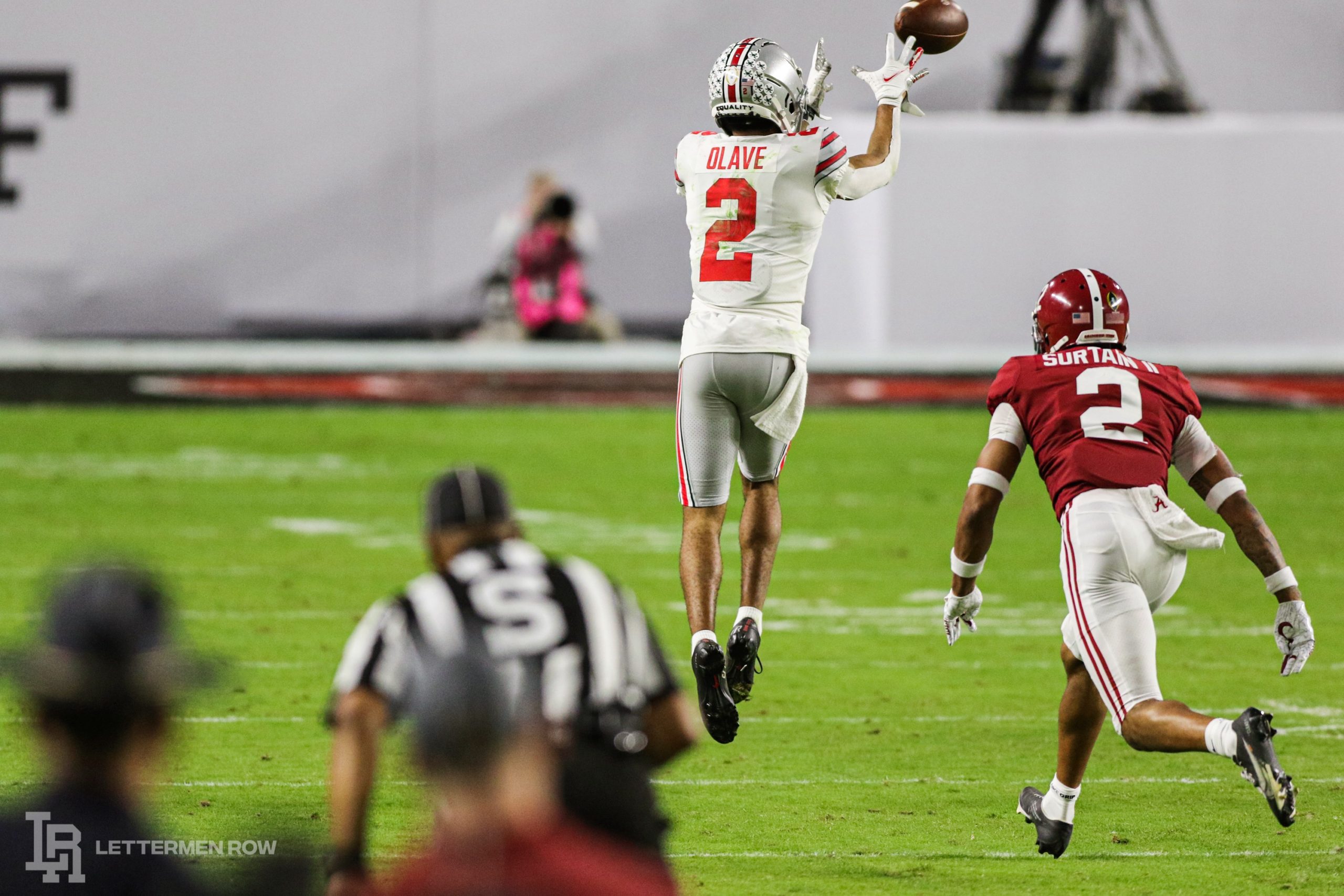 Olave has never backed down from being challenged to get better. Even during his time in high school when he was discovered by the Buckeyes after they watched a throwing session with Olave’s high school quarterback, he was constantly working to become a better player. Once he enrolled at Ohio State, the work truly began.

Now as a superstar and one of the best receivers in the country, Olave’s first-round draft grade wasn’t good enough for him. In his eyes, he needed yet another year of torching Big Ten defensive backs to become a better player.

“There’s a lot of reasons I came back,” Olave said. “I feel like I could have gotten a lot stronger in the weight room, try to play with more strength. That’s one of the flaws I had in my game last year. I wanted to come back and work with [strength] Coach Mick [Marotti] another year, compete against Garrett and Jameson [Williams] in the offseason. There’s a lot of guys in Zone Six that I feel like I could get better and be better myself, more as a person. Coach Hartline is one of the best coaches in the country. Just another year in the system, and I feel like I’ll be good.”

And at this time next year, Chris Olave will be turning heads at Ohio State Pro Day yet again.

Only next time, it’ll be his own Pro Day. Odds are he’ll look even better, too.