Connect with us
Ohio State defensive end Chase Young is becoming a strip-sack master for the Buckeyes. (Birm/Lettermen Row)

COLUMBUS — The strip sack is a game-changing weapon, one that isn’t supposed to be common or occur with anywhere near the kind of regularity that Chase Young is producing for Ohio State.

Pass-rushers have to get off the ball in a hurry, first of all. They have to win the matchups with one or two blockers on the way to the quarterback. Then the hand placement or hit have to be close to perfect to jar the football loose, and all of that has to happen within a couple seconds.

Just a straight-up sack is a hard enough to claim without adding a fumble on top of it. But Young is making both look routine and almost too easy through the first half of the season, putting three of his 8.5 sacks already this year into the strip category.

“It’s just technique, using what [defensive line coach Larry] Johnson gave me,” Young said. “And just getting off the ball. That’s basically it.

“It definitely feels good, making a play like that on the field. But it feels even better that I’m putting the offense in a better position to score.” 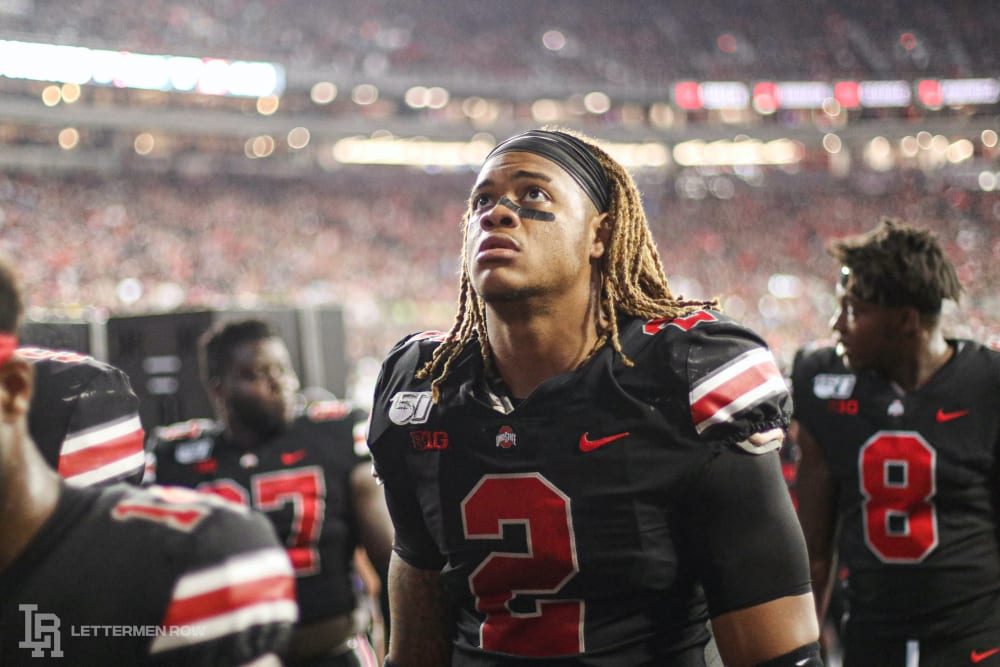 Ohio State defensive end Chase Young has been on a tear for the Buckeyes. (Birm/Lettermen Row)

The next step for Young might be recovering one of those fumbles for himself. And if he’s going to make a dark-horse, defensive run at the Heisman Trophy, it also wouldn’t hurt at all if he didn’t wait for the offense to score and punched in a touchdown of his own.

Of course, the Buckeyes aren’t complaining at all about what they’re getting from the junior. Young is on pace to shatter the school’s single-season sack record, he’s stepped up as a leader after being voted a captain and he’s also expanded his role on special teams to start terrifying kickers just like he does quarterbacks.

Young is off to a truly special start, and he’s carving out a spot as one of the best to ever play at Ohio State.

“I don’t like to compare players — because he’s his own person,” Ohio State co-defensive coordinator Greg Mattison said. “I just know this: He’s very, very talented. He works extremely hard. He has tremendous character.

And he’s still got the second half of the season to go hunt down more strip sacks.

What is allowing Chase Young to take his game to the next level? Where might his individual numbers wind up by the end of the season for Ohio State? How early will he come off the board in the NFL Draft next spring? Former Buckeyes linebacker Zach Boren was in the Lettermen Row film lab again to break down Young and answer those questions in the latest BuckIQ.

What We Learned from Ryan Day, coordinators about Buckeyes off week
Luke Farrell, tight ends make most of opportunities for Ohio State
Advertisement
Advertisement