COLUMBUS — There are a few different ways to prepare for Chase Young.

Hold him. Have extra help. Or just hope that the Ohio State defensive end won’t get to the quarterback on every single snap.

The last two certainly aren’t guaranteed to succeed, as the junior captain’s record-setting season has proven so far. But the first one has produced some interesting results over the last couple weeks, particularly on a couple plays where it’s been blatantly obvious that Young can’t move his arms or escape the bear hug of an offensive tackle after blowing past him at the line of scrimmage.

To be clear, neither the top-ranked Buckeyes nor the potential Heisman Trophy finalist have issued any public complaints about the way the game has been officiated against him over the last couple weeks. But Ohio State has submitted a few unidentified plays to the league office recently, and it’s a safe bet that a few uncalled holding penalties were among the clips.

“We do that as kind of a regular basis, send things in, get some back and forth with [Big Ten head of officials] Bill Carollo, the staff there,” Ohio State coach Ryan Day said. “Sometimes we agree on things, sometimes we don’t. It’s kind of part of the game, the back and forth there. I thought they did a good job with some of the things they did schematically. You kind of go back and forth with it. But I think the referees do a good job. They can’t catch them all. They’re honest. There’s great feedback there. I think they’re very professional in how they go about their business. 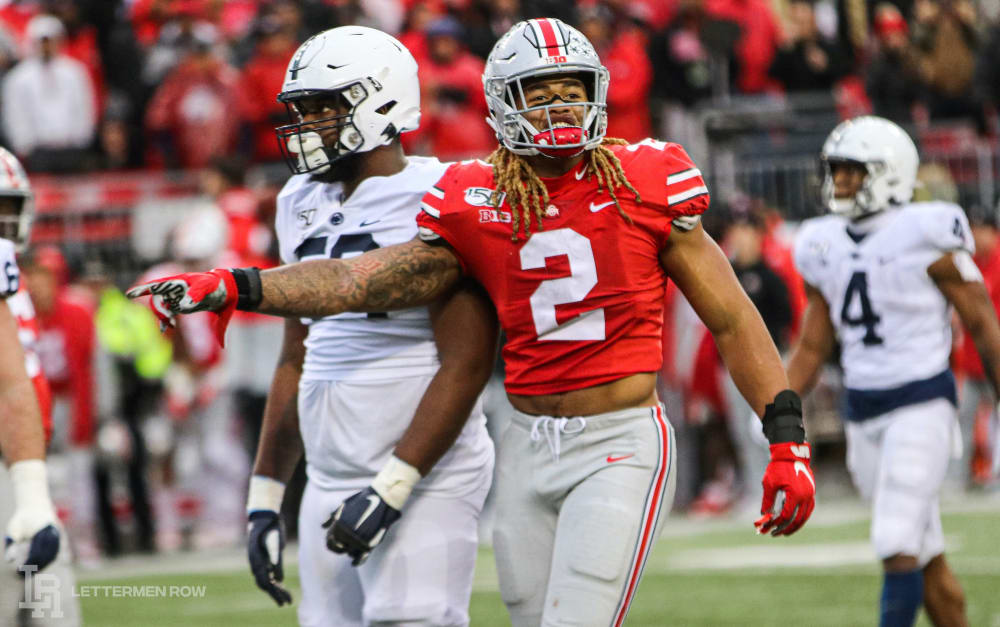 “… Again, [Young’s] presence matters. Although sometimes maybe it doesn’t mean he’s getting sacks or tackles for loss, when two or three guys get the attention of him, that opens up things for other guys.”

Young officially finished with just two quarterback hurries in the win at Michigan last week, and Day was quick to give credit to Ohio State’s rivals for the scheme that kept the superstar from registering a sack for the first time all season.

But the coaching staff has also made sure to point out just how impactful Young can be even without a tackle, continuing to draw the attention of multiple blockers, limiting the amount of options in the playbook for opposing offenses and speeding up the mental clock of quarterbacks who know they won’t have much time to operate. It also makes perfect sense for linemen to put the onus on officials to actually throw a flag, and there’s no downside for them to push the envelope if holding doesn’t actually get called.

Even that approach isn’t always 100-percent effective. And now it’s a safe bet that Young will arrive in Indianapolis motivated to prove that nothing can stop him after his sack streak was snapped.

What did Michigan do to find ways to slow down Chase Young? How much is the Ohio State star getting held by opposing blockers? Will the Buckeyes defensive end bounce back with a huge performance in the Big Ten title game on Saturday? Former Ohio State captain Zach Boren was back in the Lettermen Row film lab looking at Young’s outing last week to try to answer those questions in the latest episode of BuckIQ.