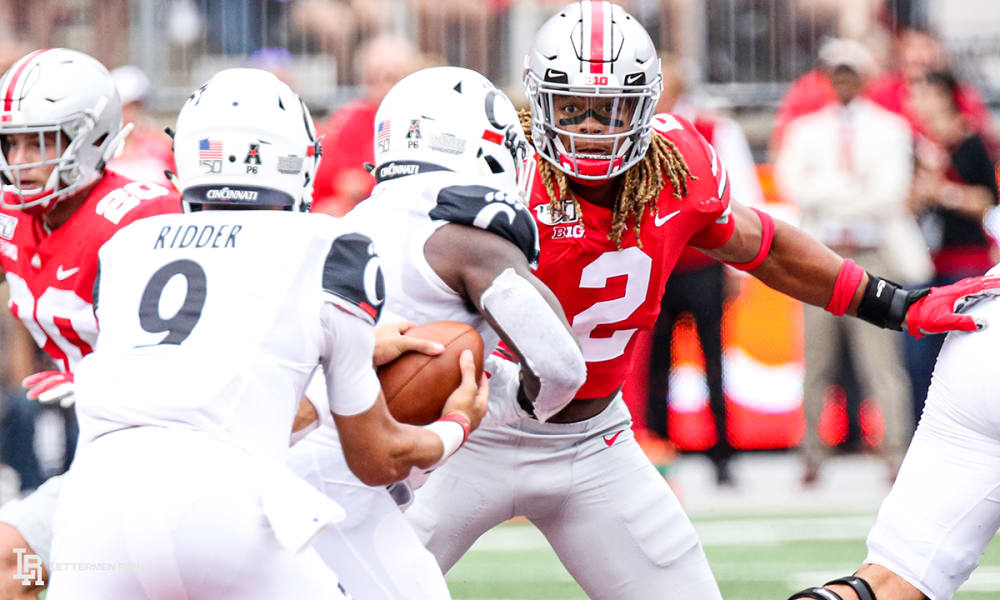 The speculation, debate and conversations about Ohio State never end, and Lettermen Row is always ready to dive into the discussions. All week long, senior writer Austin Ward will field topics about the Buckeyes submitted by readers and break down anything that’s on the minds of the Best Damn Fans in the Land. Have a question that needs to be tackled, like the one today about the Ohio State and the Chase Young Heisman Trophy campaign? Send it in right here — and check back daily for the answers.

Just enough time for him to be eliminated from Heisman talks

The stat-padding opportunities against the laughably overmatched opponents have slipped away. A new clear-cut favorite emerged and solidified the top spot in a marquee road win. And, of course, Chase Young still plays defense.

But there is no reason the Ohio State superstar can’t get right back into the mix for the Heisman Trophy when his two-game NCAA suspension ends and the most dominant individual season in college football resumes. In fact, there are now two potential areas where unique groundswells of support might actually work in Young’s favor.

For starters, the same shift in mentality toward defenders in the Heisman race that was picking up speed after his incredible four-sack outing in the win over Wisconsin could easily be rekindled down the stretch. Obviously it would have helped Young if he would have already broken a few sack records against Maryland and Rutgers. Eye-popping numbers in that category to go with his tackles for loss and forced fumbles were always going to be important when trying to measure up against quarterbacks for an award that almost exclusively goes to offensive players. 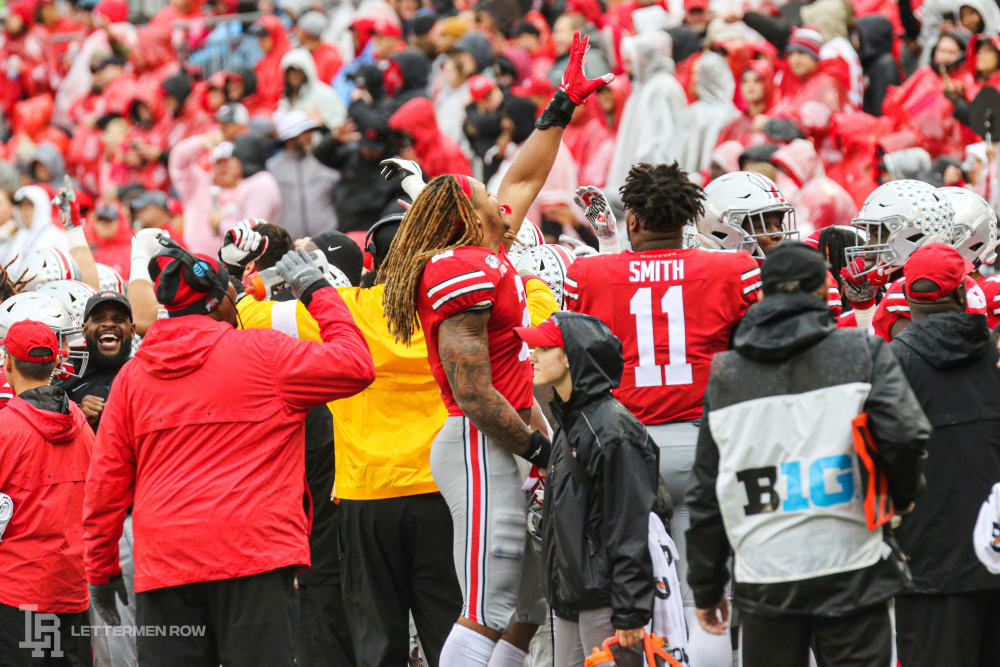 Ohio State defensive end Chase Young will be back for the Penn State game. (Birm/Lettermen Row)

But it was also the stakes in that key Big Ten game, the national respect for the Wisconsin offensive line and competing against another contender like Jonathan Taylor that made Young’s masterpiece so meaningful. And he’s going to have similar opportunities ahead of him when he returns to face Penn State, Michigan and then a potential opponent in the conference title game. If Young makes the same kind of impact against that caliber of competition, it shouldn’t make any difference what he could have done in blowouts over the last two games.

As for the other key area where he might find unlikely support? The support for student-athletes having a chance to capitalize financially on their name, image and likeness has never been higher — which the NCAA itself finally recognized as news laws were signed around the country and the inevitability of needing to change their model arrived at its doorstep. Rules are rules, and while Ohio State appealed to have Young reinstated without missing a game because he repaid the loan over the summer, the NCAA believed he broke them. But it would have been incredibly hypocritical to hammer him with an extended absence while at the same time appearing to have finally recognized that Young didn’t do anything criminal or even remotely compromising to the sport.

If Young had been allowed to sign a couple autographs for cash before the Rose Bowl last season, he never would have needed a loan in the first place.

So, assuming Chase Young picks up right where he left off, it’s not out of the question to believe he can insert himself right back into the mix as a Heisman Trophy finalist thanks to two unique aspects of support for his candidacy. Will it be enough to reel in LSU quarterback Joe Burrow now that he’s taken a stranglehold on the straw polls?

Maybe not. But Young could see him in New York — and he might just have a chance now to settle it on the field in the College Football Playoff.