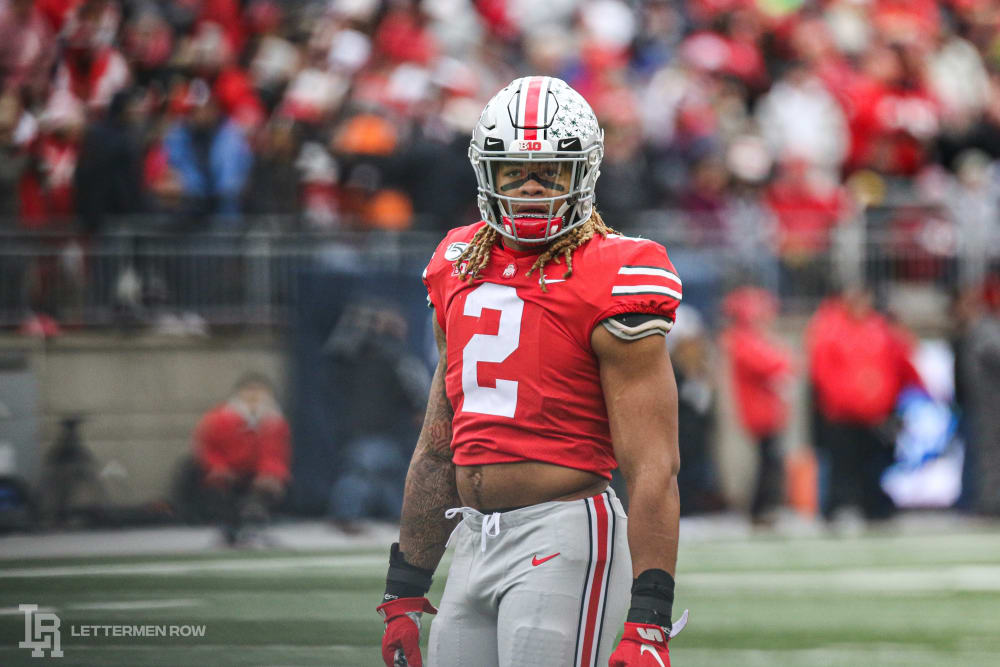 Ohio State defensive end Chase Young picked up right where he left off for the Buckeyes. (Birm/Lettermen Row)

COLUMBUS — There is only one way to stop Chase Young, and the NCAA succeeded for a couple weeks.

But just like a double-team, chip block or a bunch of uncalled holding penalties, at some point the Ohio State superstar was going to break free and return to his dominant ways.

The best player in America is back. And he might even be better than ever after taking nearly a month’s worth of stress, uncertainty and frustration out on Penn State with another record-setting performance for the ages.

Think the Heisman Trophy campaign was over? Only if voters want to diminish the award by ignoring a truly special talent who offered yet another reminder in the 28-17 win for the unbeaten Buckeyes over Penn State that he’s as good as it gets in this sport.

“You know, they might have thought I lost a step maybe or everything might have taken me out of my mindset, messed up my mentality,” Young said. “But I just tried to show everybody that it didn’t.”

The evidence was crystal clear. And in a 9-tackle, 4-tackle-for-loss, 3-sack, 2-forced-fumble outburst, Young picked right back up where he left off last month against Wisconsin. 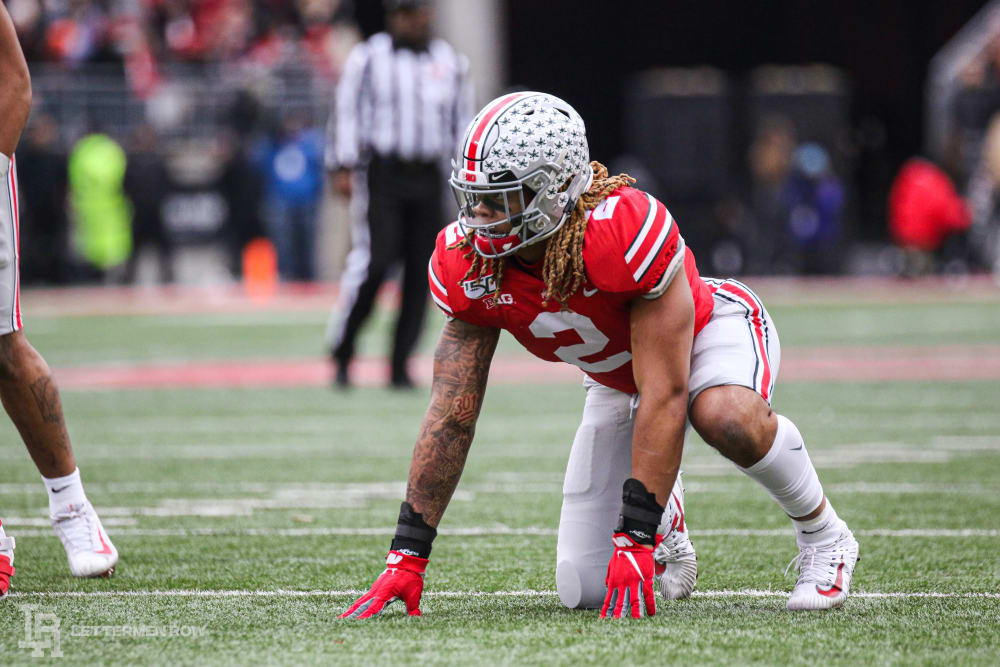 Yes, rules are rules. Young broke them, and he paid his price just like he repaid the loan from his family friend over the summer.

The junior captain was upfront and honest about it, and in his first public comments since the two-game suspension came down, he offered the same apologies and remorse that he had been sharing privately with the Buckeyes for weeks. Whether everybody agrees with the length of the suspension or even whether he should have missed time in the first place in an era where the NCAA is finally recognizing that players deserve some compensation, that doesn’t really matter now that it’s behind him.

As he stood in a staircase outside the Ohio State locker room, Young made it clear how difficult the process was for him. There was at least a chance that the sport’s governing body could have taken away his ability to play again this season, and if all the soon-to-be millionaire cared about was himself, he could have easily accepted that as a possible outcome and started preparing for the NFL Draft.

Instead, he opened up all the details about his life to the compliance officials. He kept working out and practicing with the Buckeyes with the uncertainty swirling around him. And then he channeled all of that into a pass-rushing masterclass that once again jumpstarted his Heisman candidacy, this one arguably even more impressive than the four-sack game the last time he was on the field in the Horseshoe.

“I don’t even know what to say, for real,” Young said after a long exhale and pause. “You know, hit the lowest of the low. Probably the biggest moment of adversity I’ve faced in my life, and I’m actually kind of glad it happened because it tested me and my mentality, tested me as a man. I think I handled it pretty well going through it. 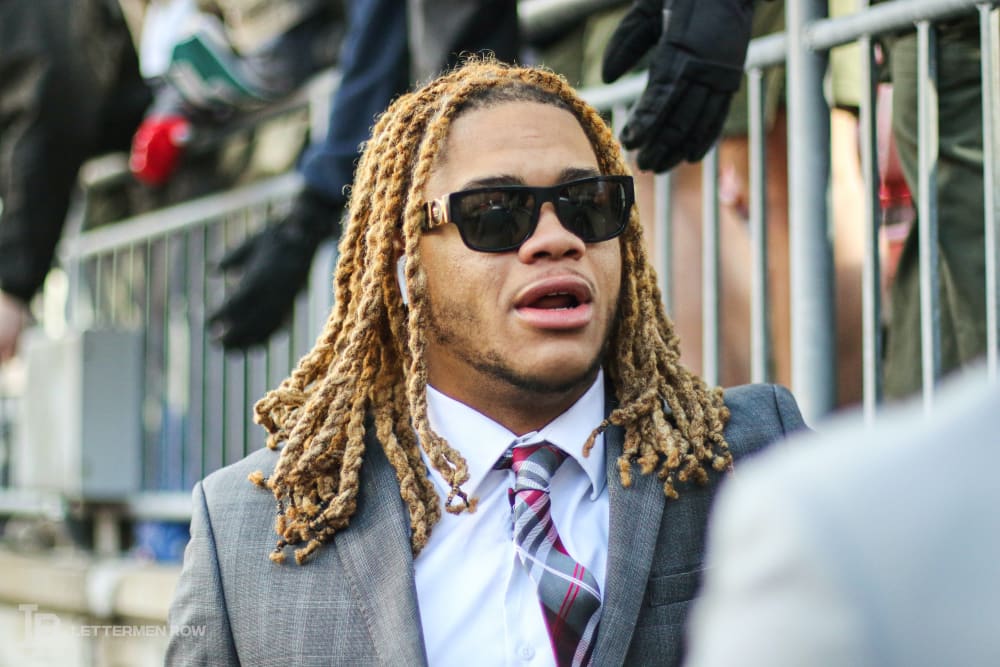 The Buckeyes were clearly thrilled to have him back, and his presence alone seemed to rattle Penn State into penalties, rushed throws and bad snaps — in addition to the obvious impact of racking up three sacks as the Silver Bullets carried the load in the win that clinched the Big Ten East Division title.

Young wasn’t doing it by himself, of course.

His fellow Rushmen again provided steady work alongside him, and defensive tackle Jashon Cornell delivered a special moment of his own with another half sack on his senior day. A bunch of linebackers who comprised the most-maligned unit on the roster a year ago put an exclamation mark on their turnaround with Baron Browning flying around making tackles for loss, Pete Werner leading the team in hits and Malik Harrison continuing to perform at an elite level. The secondary also provided little room for the Nittany Lions to operate, holding them to 128 yards when they were able to get a pass in the air.

But it still all circles back to Young. And while quarterback Justin Fields and running back J.K. Dobbins have had Heisman moments of their own, there can really be no doubt that Young represents the best shot the Buckeyes have at winning it.

And if the next two weeks follow the same script, he has a legitimate shot at making history.

“Oh my gosh, I just think Chase Young deserves to be in New York,” Ohio State coach Ryan Day said. “How dominant of a player is Chase Young? The impact he has on the game is just unbelievable.”

Young was only missing for two games with an off date thrown in as well, but it somehow felt like the perception of his importance to the Buckeyes had slipped a bit outside of the program since they made it look so easy without him.

Maybe that wasn’t really the case, but that’s the way it felt to Young, who took that new chip on his shoulder and turned it into another afternoon of brilliance.

“I’m just out there trying to play, and the plays came to me,” Young said. “I was mad they never called any holding because there were a few where I was right there and I couldn’t even pick my arm up. It’s all good.

I can definitely say I earned everything I had today. It was a hard-fought game, and they gave us everything they had. We did the same, and I can just say as a whole, we really earned it.”

The worst is behind Chase Young now. And it looks like the best might still be to come for Ohio State.