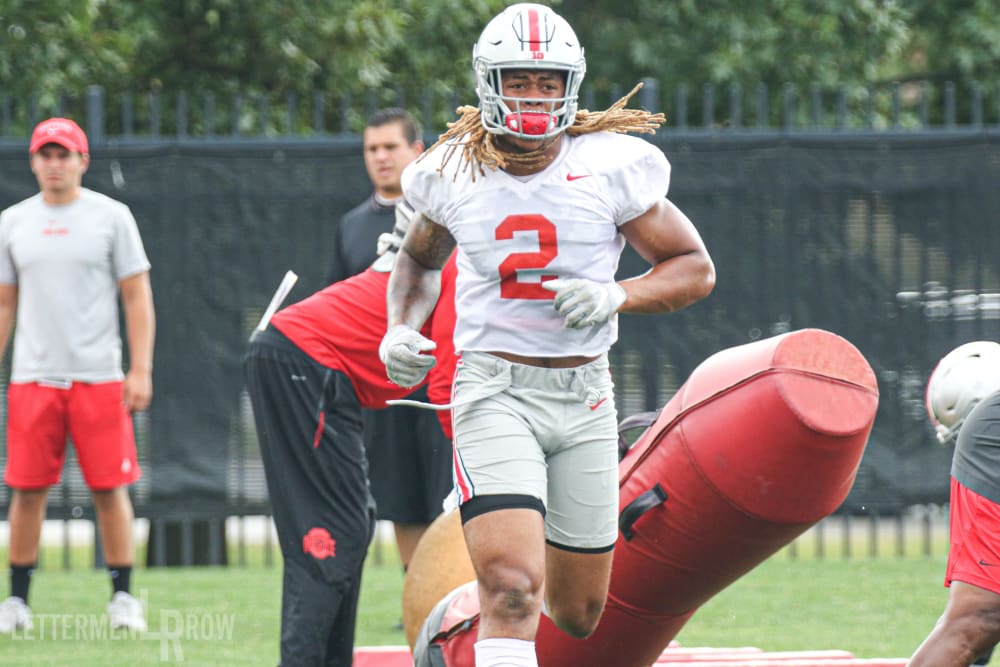 COLUMBUS — Chase Young thought it was a legitimate question.

“You think I’m going to get double-teamed a lot?” the Ohio State preseason All-America defensive end asked three reporters from Lettermen Row a little while back.

“Yeah,” we said and smirked, almost in unison.

Then one recalled the gauntlet Joey Bosa faced his junior season with the Buckeyes back in 2015. There were constant double teams and the occasional triple team, or at least double-team with a chip block from the running back.

“Illinois even tried to quadruple team him once,” another colleague noted.

There were laughs all around.

Edge players of repute draw attention, no doubt about it. That’s why for a while now they have been some of the more prized and best-paid men in the NFL.

Is Young, headed into his junior season, about to rise to that level? There were signs of his ascension last year, despite a season in which he played for the most part on two aching ankles, taped so heavily at times they appeared to be in casts.

Ironically, though, his most memorable play from 2018 came when no one blocked him at all in the come-from-behind win at Penn State: The stunt from the outside in off the left side when he played off the charge of defensive tackle Jashon Cornell and fired into the B gap, nailing running back Miles Sanders for a two-yard loss on fourth-and-5 at midfield.

It sealed the deal. And Young’s overall performance that night, which included two sacks, also raised his reputation across the college landscape as the Buckeyes worked to move on from the loss for the season of Bosa’s younger brother Nick to a core-muscle injury two weeks before.

Headed into this season, Young has assumed the role of the Bosa brothers in gaining preseason attention as one of the elite at his position nationally. It is justified, according to new defensive coordinator Greg Mattison, hired away from Michigan by new Ohio State coach Ryan Day.

But the notion that at times Young could draw triple-team attention from an offense?

“Good luck,” Mattison said. “Because you’ve got [Jonathon] Cooper, you’ve got some other guys out there, that means they are singled. And that’s the beautiful thing in our package and I’m excited about. 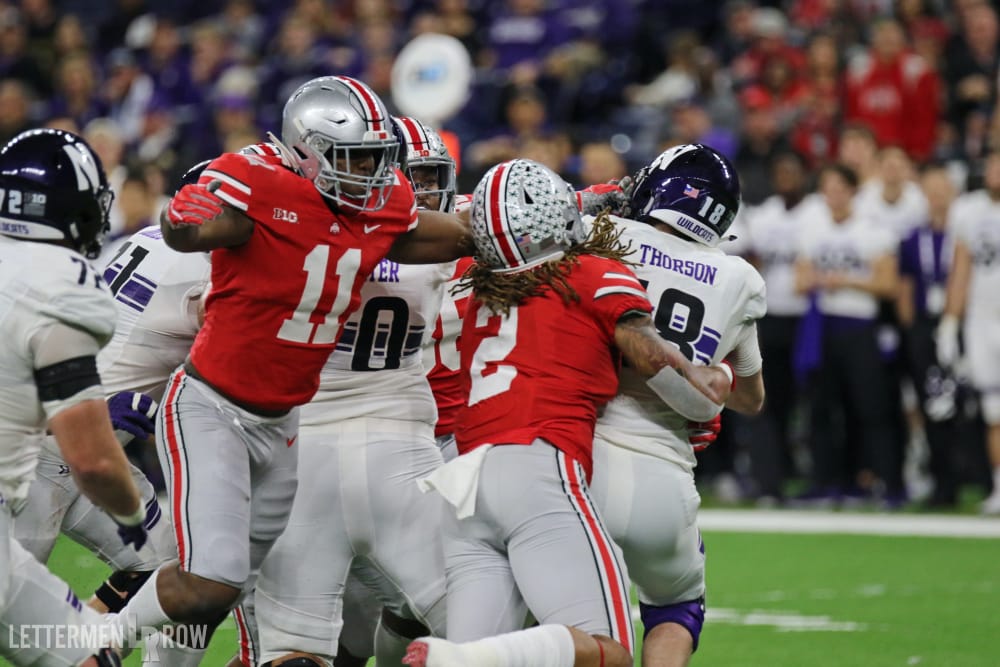 “You don’t just have one. You’ve got guys, and they all have the same pride. If they were sitting in right now and you said to them, ‘Hey, they’re all worried about tripling Chase,’ they’d all look at you and say ‘Really? Good, I’m one-on-one, and let’s see what happens.'”

Actually, that’s how Young thinks it’s going to go down, too. He points to fellow defensive ends Cooper and Tyreke Smith, for starters, and Davon Hamilton and Jashon Cornell at the head of a pack of defensive tackles, all under the direction of coach Larry Johnson who has the defensive line poised to be perhaps the best position group on the team.

But Young doesn’t shy away from the expectations that come from being considered to be best of that group. From a college career standpoint, his moment is at hand.

“I tell Coach Day, ‘It’s that time for me to step up and be the player I want to be,'” Young said. “I feel like this year is that year.”

It goes for the defense in particular, and also the team as a whole, he said. It’s why he has stepped up his role as a vocal leader, at the behest of football performance coordinator Mickey Marotti and others, though he is much more interested in the show-the-way approach.

“Not really talk about it, just try to lead by example,” Young said. “Because that’s what people are gonna follow: How you play.”