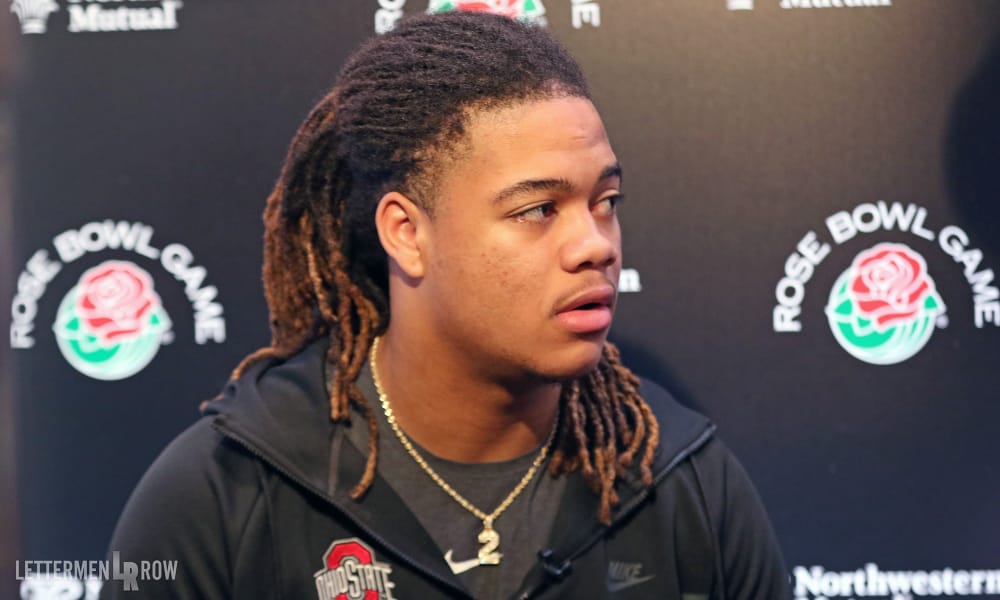 Ohio State defensive end Chase Young is aiming for a strong finish to the season in the Rose Bowl. (Birm/Lettermen Row)

LOS ANGELES — By the end of September, the grand design Chase Young had laid out for his second season at Ohio State had basically been scrapped.

His coach had been suspended for three games. The pass-rushing sidekick that was supposed to keep him free from double-team blocks was injured and out for the season. And both of his ankles were injured with sprains that would linger for almost the rest of the year despite a relentless commitment to treatment and the training room.

And through all that, the sophomore defensive end still led the Buckeyes in tackles for loss and sacks. So, just imagine what Young might be capable of producing when he’s healthy enough to really follow the blueprint.

“I know sometimes after games, I would be down on myself because I just couldn’t do what I wanted to do,” Young said before Rose Bowl practice on Thursday. “I would have to have talks with [defensive line coach Larry] Johnson to get me back up. I think I had a pretty good year. I think I showed the country what I can do.

“But I try not to think about that. I had the season I had, it is what it is — and now I’m looking forward.”

The future certainly looks bright for a guy who is already generating buzz as a potential first-round draft pick after his junior season. And there’s also nothing wrong with the present after Young finished the year with 14.5 tackles for loss and was a wrecking ball in the Big Ten championship game with three sacks, a forced fumble and a quarterback pressure that produced an interception. 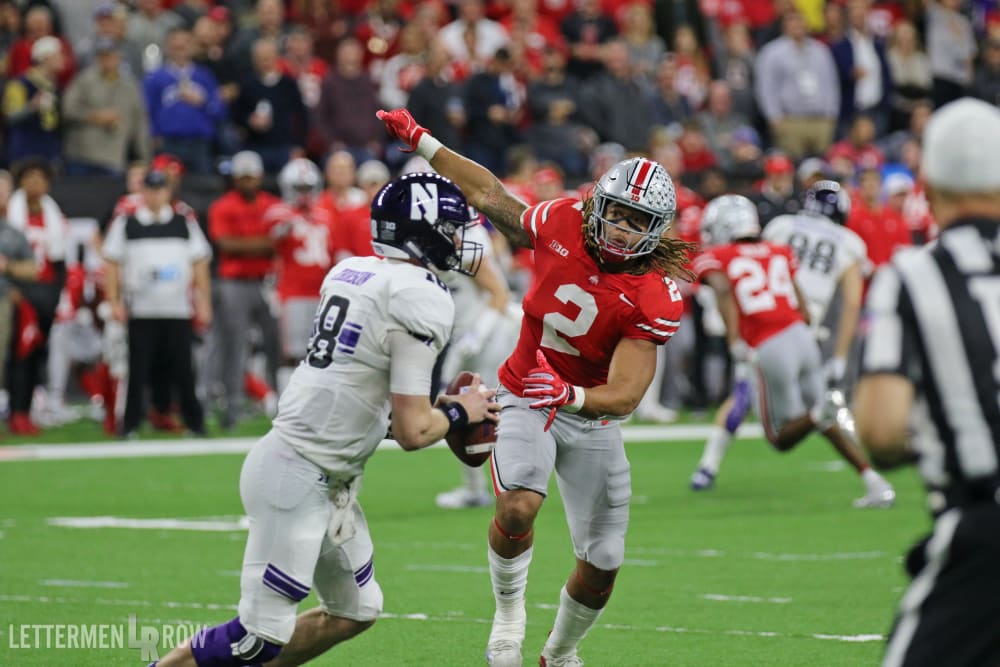 Young wound up with an impressive statistical campaign by just about any measure. But those numbers could have been even better if not for a sprained ankle he suffered in the season opener, which was followed by an injury to his other ankle two weeks later. Young kept playing and never complained or even mentioned the severity of the issue until late in the year, refusing to make excuses during a five-week stretch in the middle of the season that included just a half sack.

And like the rest of the Rushmen, he also never complained about the absence of Nick Bosa, which completely changed the defensive dynamics for the Buckeyes and directly impacted the degree of difficulty for Young.

“You know, it would have helped if Nick was here, but he wasn’t,” Young said. “And I think I definitely got used to the chips and stuff later in the season, just because I wasn’t used to them at first. … And the [injuries] were pretty bad. After the first game, I don’t know if anybody could tell, but I could feel something pop. There were definitely moments like that, and then three minutes after the game I would be limping. But that’s part of the game, and that’s good experience.

“It’s football, guys get hurt. There are bumps and bruises, but I just tried to play my best for the rest of the season. But I’m full go, and I’m ready to go now.”

A healthy Chase Young could be a problem for Washington in the Rose Bowl. And it might be a springboard for something even bigger next season.

The Ohio State defense was in the spotlight on Thursday at the Rose Bowl. Before practice at the StubHub Center, defensive coordinator Greg Schiano and Buckeyes Chase Young, Dre’Mont Jones, Jonathon Cooper and Tuf Borland talked with the media. Video interviews are available here and at the Lettermen Row YouTube channel.