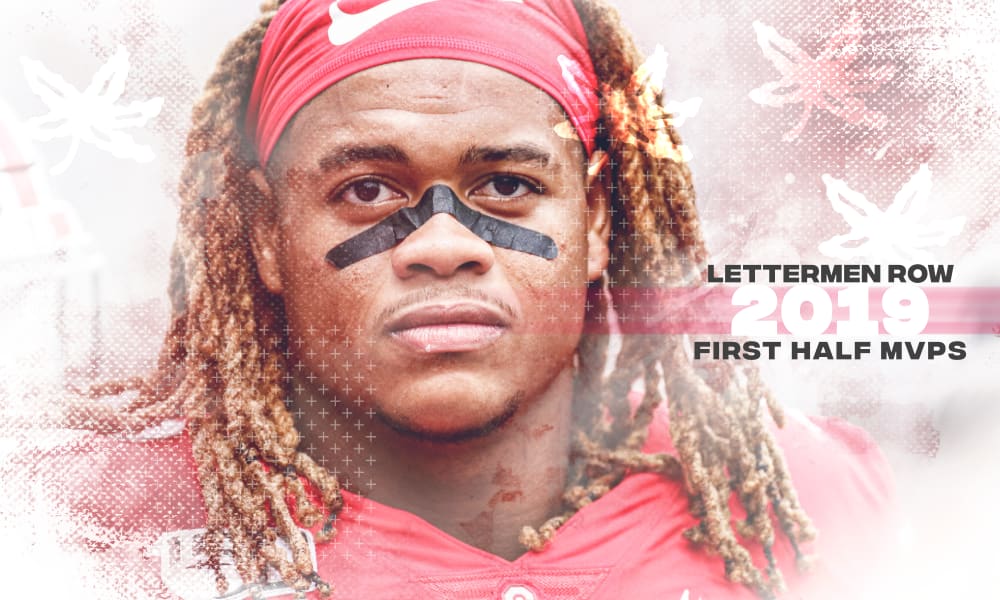 Ohio State defensive end Chase Young has lived up to his superstar billing for the Buckeyes. (Birm/Lettermen Row)

The Ohio State defensive end isn’t even close to ready to talk about the NFL Draft.

And even after every productive outing in the first half of the season for the Buckeyes, Young has immediately shifted the attention to everything he still believes he can do better.

But if there really is yet another level of dominance the superstar junior can reach, then at some point Heisman Trophy voters might want to pay more attention to the best player in America — even if he remains an obvious long-shot to win it since he plays on the wrong side of the ball to claim that stiff-arm hardware.

“I don’t like to compare players — because he’s his own person,” Ohio State co-defensive coordinator Greg Mattison said. “I just know this: He’s very, very talented. He works extremely hard. He has tremendous character. 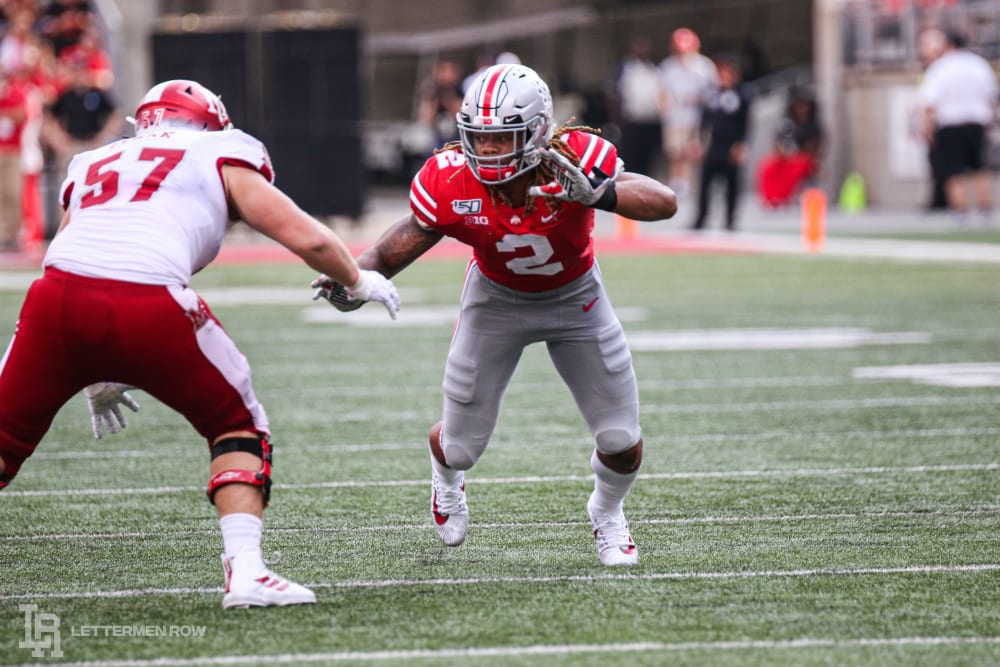 Ohio State defensive end Chase Young has got off to a phenomenal start for the Buckeyes. (Birm/Lettermen Row)

The entire package has been on display during the first half of the season for the Buckeyes, and he’s the clear-cut choice for Lettermen Row as the team’s Defensive MVP heading into the homestretch. It’s impossible to argue with 9.5 tackles for loss, 8.5 sacks, three forced fumbles and a blocked kick at this stage of the season, putting him on a pace that would shatter a couple school records and at least give voters something to consider.

Maybe it’s just bad timing for Young that his dark-horse, defensive candidacy is coming during the same season where quarterbacks for all of the top-ranked programs are posting video-game numbers — including his Ohio State teammate Justin Fields. Maybe there’s just no real possibility for defensive ends to truly break through and break up the Heisman’s history of focusing on quarterbacks and running backs.

But in the end, that’s not going to really make much difference to Chase Young since he’s chasing a bigger goal for the Buckeyes. And as long as he keeps doing his job, a national-championship trophy is going to be within reach for him.

“I talked to one of the [Michigan State] tight ends after the game, they said they didn’t even run half of their plays,” Young said last week. “I was like, ‘All right.’ You know, the double teams are a test for me, but you see if they do that, everybody else is going to get off.

“If one man eats, we all eat. Hopefully everybody keeps doing that.”

The way he’s rolling now, that kind of attention on Chase Young is guaranteed to keep coming in the second half.

The senior safety chose to return for one more season to address some unfinished business, and Jordan Fuller is well on his way to helping the Buckeyes get it done. The turnaround of the Silver Bullets has been downright remarkable, and Fuller’s fingerprints have been all over it as he’s paced the team in tackles while also grabbing a couple key interceptions. Some of his best work occasionally goes unnoticed when he’s merely providing a safety net in the secondary, but the reliability of Fuller in the back opens up opportunities for Ohio State to get more aggressive in front of him.

The athleticism has always been clear to the world, which is why Jeff Okudah came into his junior season with first-round NFL Draft buzz despite having never intercepted a pass for Ohio State. But now that the scheme for the Buckeyes has evolved and Okudah is again getting top-notch fundamental instruction, his production is finally catching up with his potential. Through six games this year, Okudah has nabbed three picks, forced a fumble and also made a tackle for loss as he’s consistently put his elite skills on display.

Stardom arriving for Justin Fields ahead of schedule at Ohio State
Poll watch: Buckeyes hold steady during off date
Advertisement