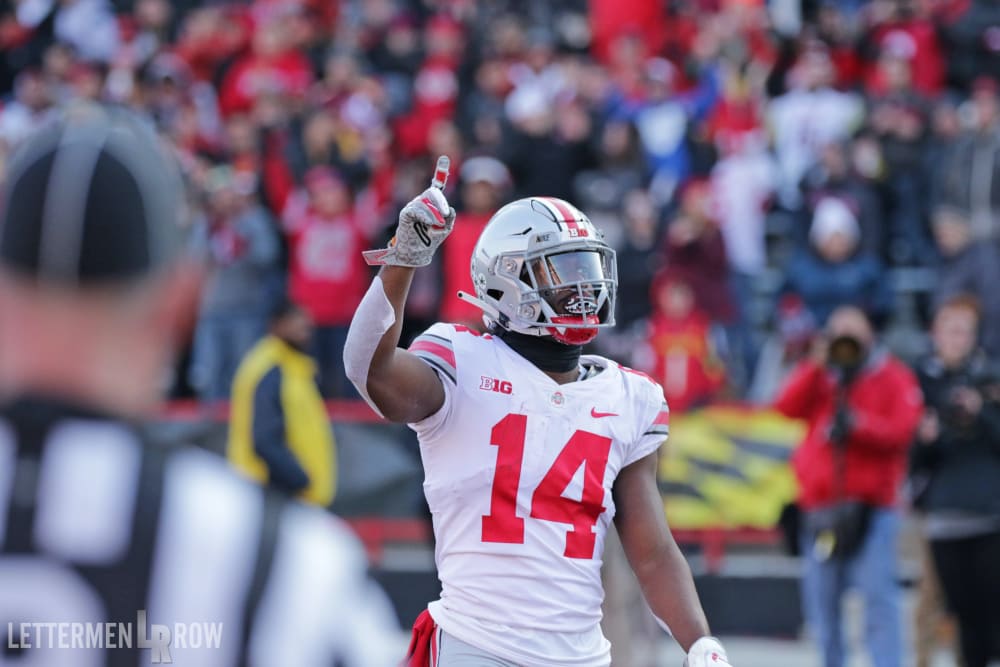 Ohio State and wide receiver K.J. Hill can send a message with a win over Michigan. (Birm/Lettermen Row)

COLUMBUS — The scoreboard is finally going to be the only thing that matters for Ohio State.

The judges clearly haven’t been impressed with the Buckeyes for weeks, and those feelings have been made well known with the numbers the panel has put up after every win during the November stretch run.

Sorry, Ohio State, beating an improving Nebraska team by single digits isn’t worthy of praise. Nope, dominating a conference opponent that was ranked by the committee on the road by 20 points doesn’t move the needle. And, of course, surviving in overtime at Maryland obviously isn’t going to do it either.

So, the Buckeyes are stuck at No. 10 yet again. And it’s starting to seem like that means less and less every week since the rankings even at this point still don’t really matter, while the subjective nature of judging a sport with a clear objective is starting to get a little tiresome on Tuesday nights.

Just imagine how the 2002 national champions in Columbus might have been evaluated on those scorecards in November if they had to both win games and the perception battle the way these Buckeyes are this season.

Holy Buckeye? Clearly this team isn’t reaching it’s potential at the right time of year based on that escape at Purdue. The committee has serious concerns about a team that needed overtime a week later at Illinois, scraped by Michigan and has only scored more than 23 points once in the last six games. There just aren’t enough encouraging data points to see a real threat to win the playoff! 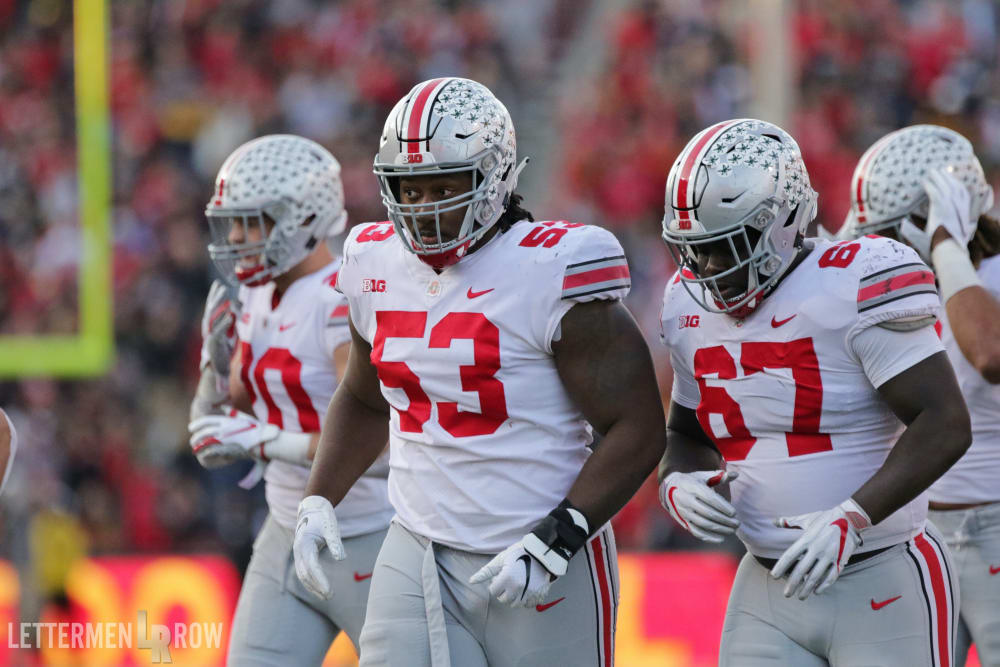 Ohio State needs its defensive line to rise to the challenge on Saturday against Michigan. (Birm/Lettermen Row)

Maybe that scenario wouldn’t have played out exactly in that fashion for unbeaten Ohio State back then. That’s probably the key difference when comparing it to the current spot the program is in heading into the final week of the regular season with that loss to Purdue hanging over its head.

But it’s worth bringing it up as a reminder that wins in college football are hard to earn, and getting to 10 of them with the chance for two more is an accomplishment no matter how bumpy the path is along the way. Sure, Ohio State could have easily been upset last weekend against Maryland and it perhaps hasn’t tapped into its full potential as often as expected.

So what? Style points don’t win rivalry games or conference championships. And no matter what happened leading up to The Game on Saturday against No. 4 Michigan or the following week if the Buckeyes win the East Division, it’s time for substance to start winning out and be reflected in the rankings.

Perhaps it will, and Ohio State simply needed to keep surviving all along before beefing up the resumé when it truly counted without ever actually required outside assistance to climb in the poll. It’s still incredibly difficult to imagine that a one-loss champion from the Big Ten who just knocked off a team that committee viewed as one of the four-best squads in the country wouldn’t be in line for a playoff bid. But the truth is it will take two more wins and a complete body of work for the Buckeyes to know for sure anyway.

All that matters for Ohio State will be in bright lights at the Horseshoe late in the afternoon on Saturday.

Finally, that’s the only way to judge the quality of these Buckeyes now.