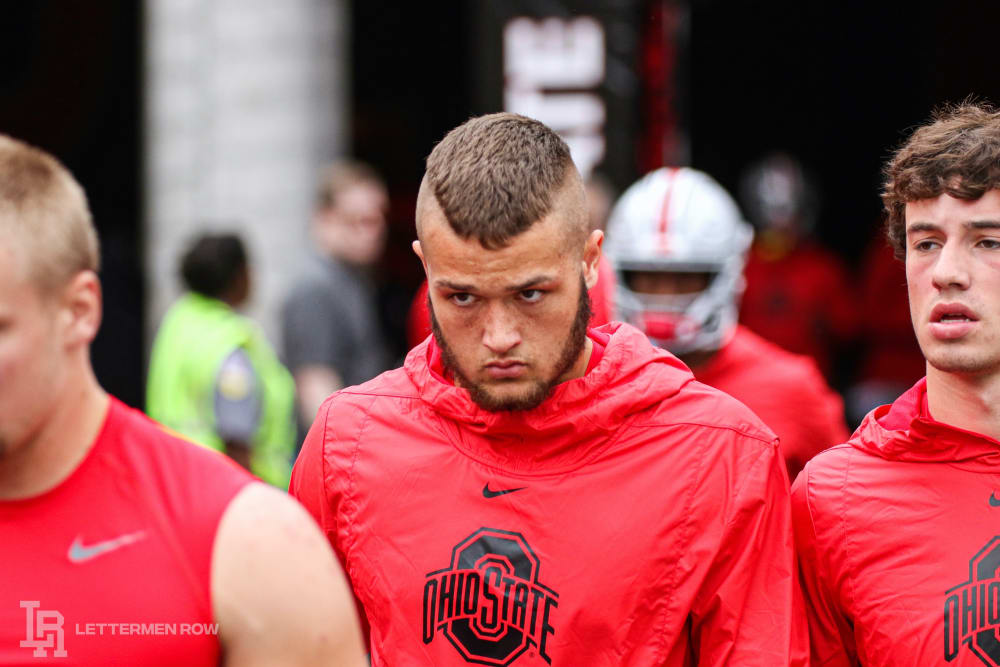 The speculation, debate and conversations about Ohio State never end, and Lettermen Row is always ready to dive into the discussions. All week long, senior writer Austin Ward will field topics about the Buckeyes submitted by readers and break down anything that’s on the minds of the Best Damn Fans in the Land. Have a question that needs to be tackled, like the one today about Ohio State and the position move for Cade Stover? Send it in right here — and check back daily for the answers.

Am I the only one that was really excited to see Cade Stover at DE? It feels like this is another situation where they’ll waste his talent by switching him back and forth in positions. It just seems like the TE group is way to crowded already.

Cade Stover is officially on the move again for Ohio State.

The third position switch in less than a year with the Buckeyes shouldn’t have really come as much of a surprise, because it had been in the works throughout the offseason conditioning program. And while it’s fair to have a little skepticism since there was also a lot of excitement about his potential at defensive end and numerous comparisons made to Sam Hubbard, this is probably the spot that makes the most sense for everybody involved.

For starters, the path to playing time and the chance to make an impact is almost certainly the most clear at tight end. Ohio State is overflowing with options at linebacker, and Stover had really outgrown that position shortly after arriving on campus and diving into the work in the weight room. The Buckeyes obviously aren’t hurting for depth at defensive end, either, and it likely would have required a steep learning curve for Stover to be able to jump into the mix for the Rushmen this season.

That’s not necessarily the case at tight end. The Buckeyes were going to be in great shape no matter what this season with Jeremy Ruckert, Luke Farrell and Jake Hausmann still around to give the offense tough, talented options. But they also have shown that they will use four guys from that unit to provide different looks, expand the playbook and keep everybody fresh — and Stover brings just as much versatility to that room as Rashod Berry did over the last couple seasons. But where Stover’s value to that group really skyrockets is if Farrell, Ruckert and Hausmann all wind up moving on after this year, dealing a significant blow to the depth chart and making it imperative to have somebody waiting in the wings.

From the overall roster picture, the Buckeyes also had a more pressing need at defensive tackle than on the edge. Stover wasn’t likely to help fill that void — but Cormontae Hamilton certainly appears to have the tools to help there. So, a trade between those units also made for a relatively simple solution.

“I think both of those guys have a chance to be really good players for us this year,” Buckeyes coach Ryan Day said. “We looked at their skill set and brought them and talked them through and suggested that we see a skill set in them that maybe they don’t see in their own. And ask them what their input was. And both of them were excited about being presented with the new challenge. 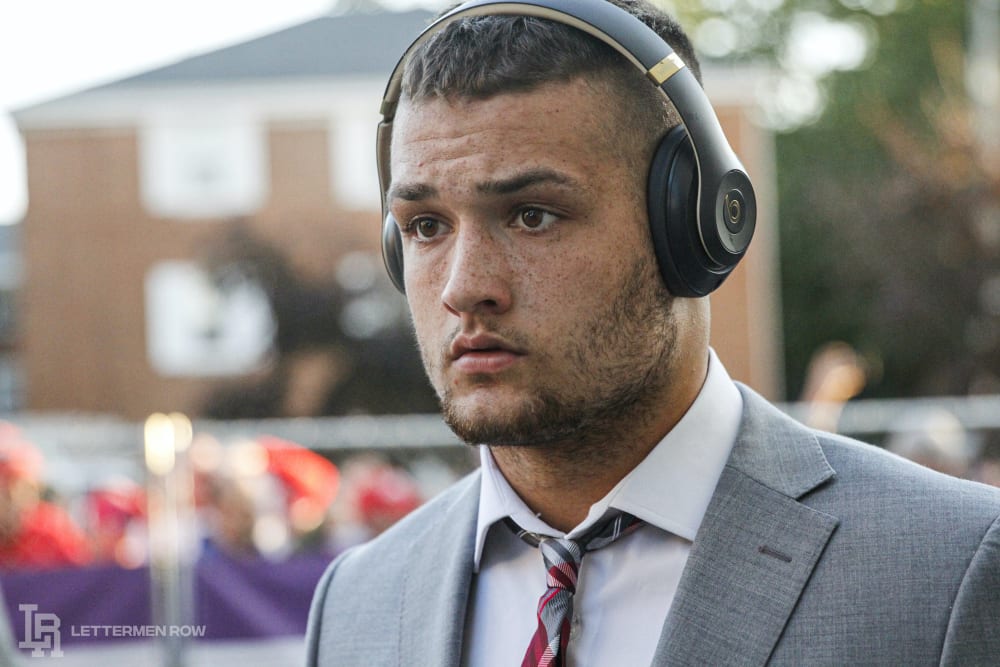 Ohio State tight end Cade Stover is ready to settle into a position for the Buckeyes. (Birm/Lettermen Row)

“And so I think Cade, when you look at his skill set, his basketball background and his spatial awareness and things like that, his toughness, we think that he projects into being a really good tight end.”

Stover absolutely looked like a natural at the position catching the football during his first practice at tight end on Monday. There’s no question at all that he’ll be able to handle the physical requirements as a blocker. And in the offseason conversations with the coaching staff where Stover ultimately decided to make the jump, the Buckeyes made a convincing pitch that he’s got all the tools necessary to become an NFL Draft pick on offense.

Now, that was only one practice without any pads on at the Woody Hayes Athletic Center. And there is some element of risk in shuffling guys around multiple times, as Berry himself could attest. But one of the keys for Hubbard was that Ohio State made a plan relatively early in his career and then stuck with it, allowing him to stay focused on the mission and then become a star at defensive end. The Buckeyes also tried him at tight end along the way, and if that had been the best option for both of those parties, he probably could have become a pro there as well.

This feels like a choice that will stick for Ohio State. And while there’s still a long way to go for Cade Stover, tight end certainly makes a lot of sense both for this season and looking ahead to the future.