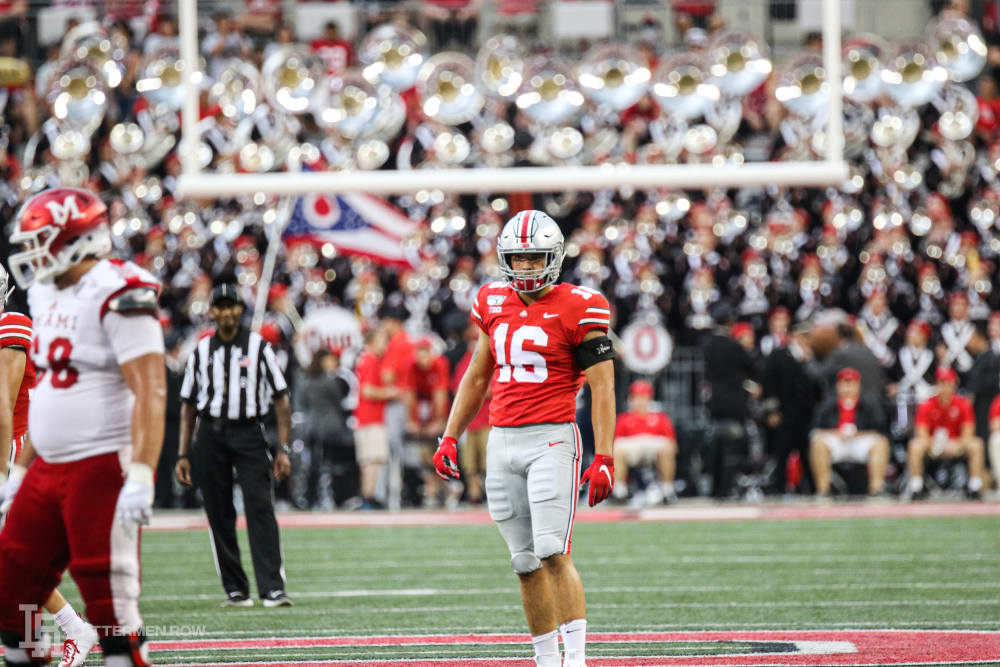 The speculation, debate and conversations about Ohio State never end, and Lettermen Row is always ready to dive into the discussions. All week long, senior writer Austin Ward will field topics about the Buckeyes submitted by readers and break down anything that’s on the minds of the Best Damn Fans in the Land. Have a question that needs to be tackled, like the one today about Ohio State and Cade Stover? Send it in right here — and check back daily for the answers.

Do you think if there was an unfortunate injury at the LB positions that Cade Stover would be back in that group?

Given his versatility, the way his body has grown and the way the depth chart has shaken out, Cade Stover was probably never going to be at linebacker long.

And at this point, it would probably take multiple injuries in that unit for the redshirt freshman to make a return there. In all likelihood, Stover is done with that position at Ohio State — and he’s fully invested in the Sam Hubbard Program now.

By the middle of his first year with the Buckeyes, it was already clear that Stover was going to be better suited to moving to defensive end. Thanks to the relaxed redshirt rules, he actually got to take that role for a test drive last year to help jump-start the transition, looking like a natural and kicking the Hubbard comparisons into overdrive. The truth at this point is that Stover is probably more likely to make a move to offense where he could potentially help at tight end than he is to ever revert to linebacker, though there have been no public indications from Ohio State that another change is in the works.

Stover was caught on camera running a route for Jack Miller last month, though. And while that appeared to just be for a bit of fun, it was a reminder that Stover did use his flexibility on both sides of the football in high school. It’s possible he would potentially have a more clear path to playing time there than at linebacker or as an edge rusher. But if nothing else, he’ll give Ohio State options as it charts a future for him with the program, one that appears plenty bright given his work ethic, willingness to help any way he can and a body that has obviously responded under strength coach Mickey Marotti. 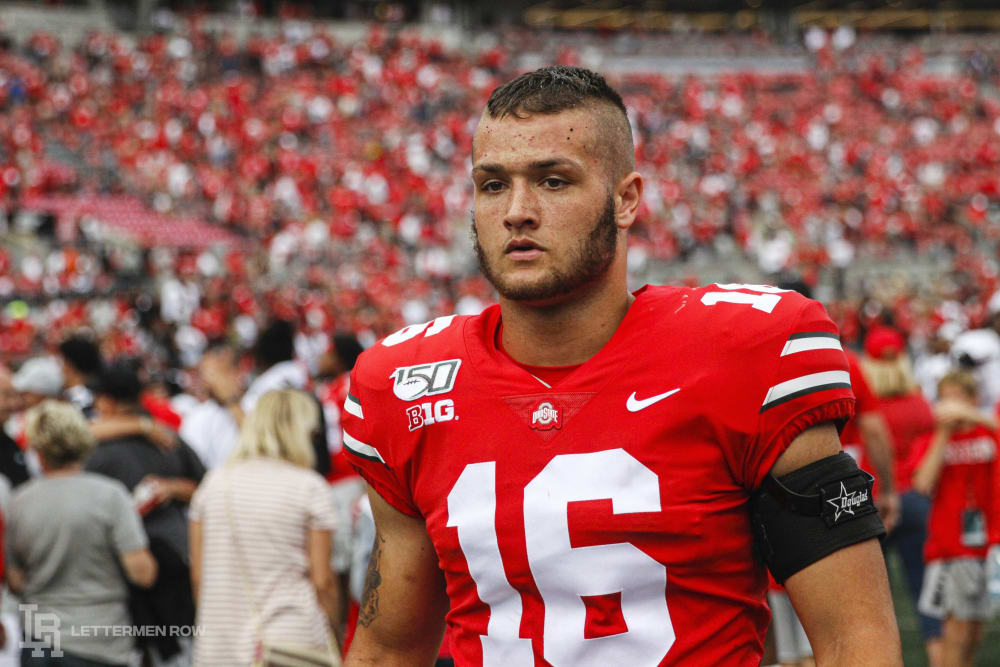 For the moment, the Buckeyes are pretty well stocked with all three position groups. But they’re practically overflowing with talent at linebacker, and it would have been tough for Stover to crack the rotation this year with four experienced veterans back in Tuf Borland, Pete Werner, Justin Hilliard and Baron Browning — with Teradja Mitchell, Dallas Gant and K’Vaughan Pope leading the next wave. The situation isn’t much different on the defensive line or even tight end next season, though the succession plan might not be quite as obvious on offense if Jeremy Ruckert explodes next season and then heads off early to the NFL Draft.

No matter what happens heading into spring practice, Stover will be one of the most fascinating pieces to watch on the chessboard given how many ways he could potentially be used. The Buckeyes don’t have to lock him into any one role right now, but as Hubbard proved, there’s a real benefit to eventually settling on an option and allowing a versatile athlete to find a home.

All the indications up to this point suggest defensive end is probably going to be that spot. But Cade Stover still has room to grow in a number of ways, and Ohio State has proven it will always keep an open mind with guys who can seemingly line up anywhere.

In legal-ese, this is known as a “statement against interest”. IOW self-incrimmination, inherently conflicted… and so froth.

We are on the cusp of ‘actually recognizing’ we are not in a zero-sum checkers game.

…”let”… us not lose sight of that simple recognition of the obvious.

====>IMO we Buckeyes here could use a ‘decision matrix’ of the factors in position picking across, and the player candidates down. Be cause ‘whatever happens’… ‘things will [keep on] changing.

and this is berry, berry good… IF… ie each time we ‘actually learn, describe, and ‘actually apply’ the factors we consider… AND… leave our feelings at the door.

who is big and bigger and

can or can’t block and

can or can’t catch ?

Does anyone know how big Stover has grown since being in the program?

Stover also played RB in high school. Could you imagine a 5’10” 170lb kid trying to tackle him? Doesn’t sound like fun.

Nice article on Stover on how he has outgrown the LB position but nowhere does it mention changes to his height and weight and how at his new size makes him a fit for a new position.