COLUMBUS — The sophomore surge from Tyreke Smith hasn’t worked out quite like he envisioned for Ohio State this season.

There wasn’t supposed to be anything that could slow down the rise of the defensive end after a full year of development, a chance to get completely healthy and the possibility of an endless stream of one-on-one opportunities as the bookend for Chase Young.

Then the injury bug returned a couple more times, keeping Smith from enjoying the kind of breakout performance that was widely projected for him — at least so far. There’s at least one more game left for Smith this year as the No. 2 Buckeyes head to the Fiesta Bowl against Clemson, and he’s in line for a prominent role now that he’s feeling stronger and Jonathon Cooper is officially on the shelf for the rest of the season.

“These last few games I’ve been playing [after] I broke my hand,” Smith said. “I had a little fracture in it, but I think I’m feeling pretty good. I know the health issues have hindered a little part of my game, but I’m not letting that be a blockade on me. I’m going to keep pushing, keep grinding and keep doing what I’ve got to do to make sure my body is right. 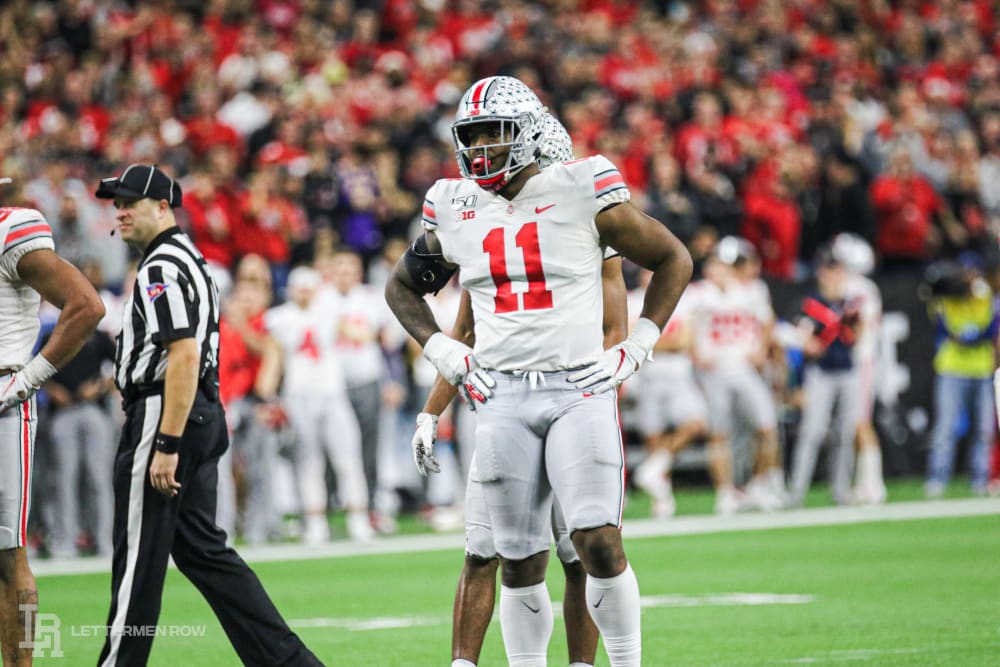 “I just want to do what I can to help us win, whatever I can to help Coach [Larry Johnson] and the defensive line. We all work hard, and they’re all giving me praise and credit and they help me even when I’m fighting through injuries. I’m just trying to do my best.”

When Smith isn’t dealing with any limitations, he’s shown glimpses at the potential that could turn him into the next pass-rushing star and future first-round pick for the Buckeyes. And despite the string of bad health luck, he’s still heading into the College Football Playoff with three sacks and five tackles for loss to his credit this season — with a clear uptick for him coming during the stretch run.

The true emergence for Smith seems inevitable. And the fact that it might still come in the Fiesta Bowl might be a bonus for the Buckeyes in the desert.

What makes Tyreke Smith such a weapon for Ohio State when he’s healthy? How has he made a difference for the Buckeyes even when he hasn’t been at full speed? Where are there still areas for Smith to grow under position coach Larry Johnson? Former Ohio State captain Zach Boren was back in the Lettermen Row film lab looking for those answers in the latest episode of BuckIQ.

BuckIQ: Tyreke Smith ready to be unleashed for Ohio State in Fiesta Bowl
Watch this video on YouTube.