Connect with us
Ohio State defensive tackle Tommy Togiai can be a difference maker next season. (Birm/Lettermen Row)

COLUMBUS — The strength of Tommy Togiai has never been questioned since he arrived at Ohio State.

He’s also proven he can run a little bit for a big man. He’s not afraid to get physical in the trenches. There’s no issue whatsoever with his work ethic, either.

But Togiai has still needed a couple seasons to fully develop into the kind of defensive tackle the Buckeyes can plug into the starting lineup. Part of that is tied to the depth and experience that was ahead of him on the roster, some of it was just the natural development of technique that takes time at the Big Ten level.

But both of those hurdles have seemingly cleared up now, and Togiai appears poised for a true breakout season at a position where Ohio State could really use it.

“I think I’ve improved a lot from last year,” Togiai said in December. “Gained a lot of maturity, too, throughout this year. I think a lot of my technique has improved. 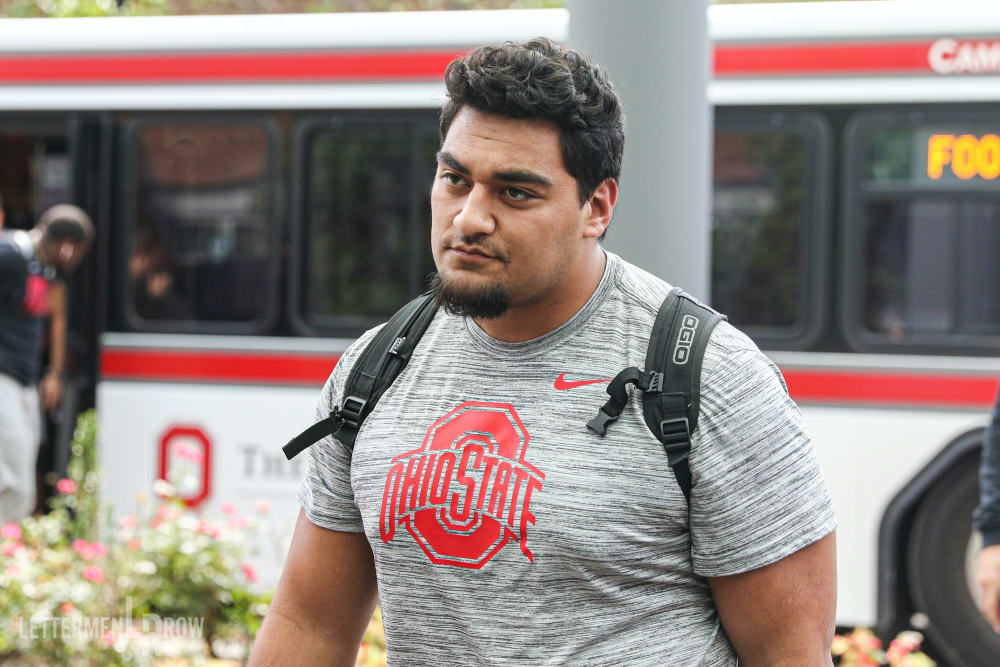 The strength of Tommy Togiai is well documented at Ohio State. (Birm/Lettermen Row)

Those upperclassmen who took Togiai under their wings for the last couple seasons are now gone, and Ohio State has a lot of production to replace on the interior of the defensive line with Robert Landers, DaVon Hamilton and Jashon Cornell all moving to the next level.

Togiai has long been projected as a game-changing force for the Buckeyes up front, and he showed why with some flashes in limited opportunities off the bench last year. But the time has come for him to fully embrace that potential and become a consistent cog for Ohio State, and this offseason could pave the way for a true breakout campaign.

What is it about Tommy Togiai that generates so much buzz? Where is ceiling for a defensive tackle with his physical skills? How can he take the next step for Ohio State? Former teammate Robert Landers was in the Lettermen Row film lab to break down a few clips of Togiai and answer those questions in the latest episode of BuckIQ.