COLUMBUS — Sevyn Banks can pop up anywhere, and there’s not much Ohio State values more than versatility.

Playing on special teams is the fastest way to the field. Scoring a touchdown in The Game or blocking a punt can help accelerate the process. Grabbing an interception when called on off the bench helps push it all over the top when it comes to securing a spot in a talent-laden Buckeyes defensive backfield.

Banks has done all of that for Ohio State. And now with two key starting spots available heading into spring camp, the rising junior appears poised to cash in on that taste of experience and success and parlay that into a meaningful role for the three-time defending Big Ten champions under new coordinator and vaunted secondary coach Kerry Coombs.

“You just can’t get complacent,” Banks said last month. “And that’s in your whole life, honestly. You just have to keep working.

“I have a good future ahead of myself. I’m just going to keep soaking everything in, just worrying about the moment right now and just keep working, honestly. Just have to do what I do.” 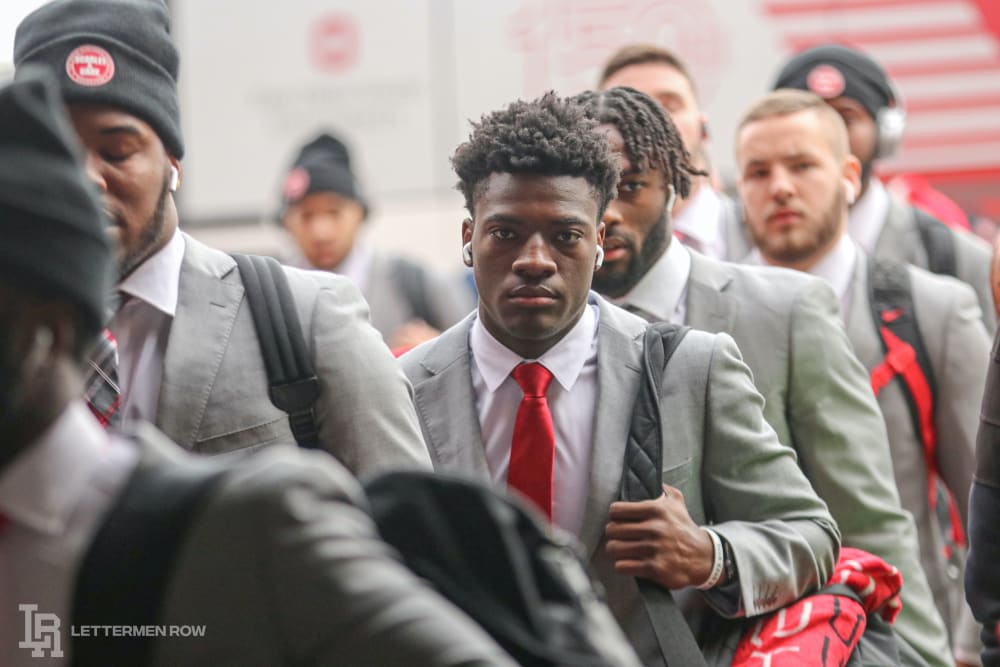 Ohio State defensive back Sevyn Banks will be fighting for a starting role with the Buckeyes. (Birm/Lettermen Row)

The chances to do it have been relatively few and far between for Banks so far, though he’s certainly made the most of them when they’ve popped up — starting with that touchdown return off a blocked punt in the win over Michigan at the end of his freshman campaign.

That play officially put Banks on the map, and he’s only grown since then, earning enough trust from the coaching staff to appear in a few high-stress situations at the end of last season. He’s still not a finished product, and there will be no shortage of competition now that Coombs has arrived. But with Shaun Wade moving outside to become the top cornerback, Banks and his flexible skills might emerge as an option to fill the do-it-all role in the slot that has been so important to the revamping of the Silver Bullets, making this offseason and the practices in March and April a pivotal proving ground.

So far, he’s given no reasons to doubt he can handle whatever the Buckeyes throw at him.

What has allowed Sevyn Banks to impress in his limited opportunities so far at Ohio State? How could he fit best in the plans for the Buckeyes moving forward? What are reasonable expectations for him heading into his junior season in the secondary? Former Ohio State standout cornerback Chimdi Chekwa was back in the Lettermen Row film lab breaking down the highlights and answering those questions in the latest episode of BuckIQ.