Malik Harrison was a force for the Buckeyes against Florida Atlantic. (Birm/Lettermen Row)

COLUMBUS — The Ohio State defense only offered a small sample of what’s to come this season.

But that appetizer is exactly what Ryan Day was hoping for when he hired four new assistants for his first staff with the Buckeyes. And it offered some strong hints that the main course could be pretty special for the Silver Bullets.

Ohio State didn’t need to get too exotic with the play calling after building a huge lead. It was able to substitute freely and get guys experience, which might have come at the expense of the final score in a 45-21 win over Florida Atlantic. And the Buckeyes weren’t even close to full strength in the opener on Saturday, particularly on a defensive line with four contributors limited to start the year.

The early returns, though, were still more than enough to show Day that his program is on the right track again defensively.

“Yeah, I think the first quarter it was exactly the way I envisioned,” Day said. I thought later on, I thought the second quarter defense still played good. Offense was just okay. You know, a few funky looks in there. But for the most part, I thought we started out that way, and now we’ve got to be able to sustain it for 60 minutes and play well in through the second half, and that’s the challenge. 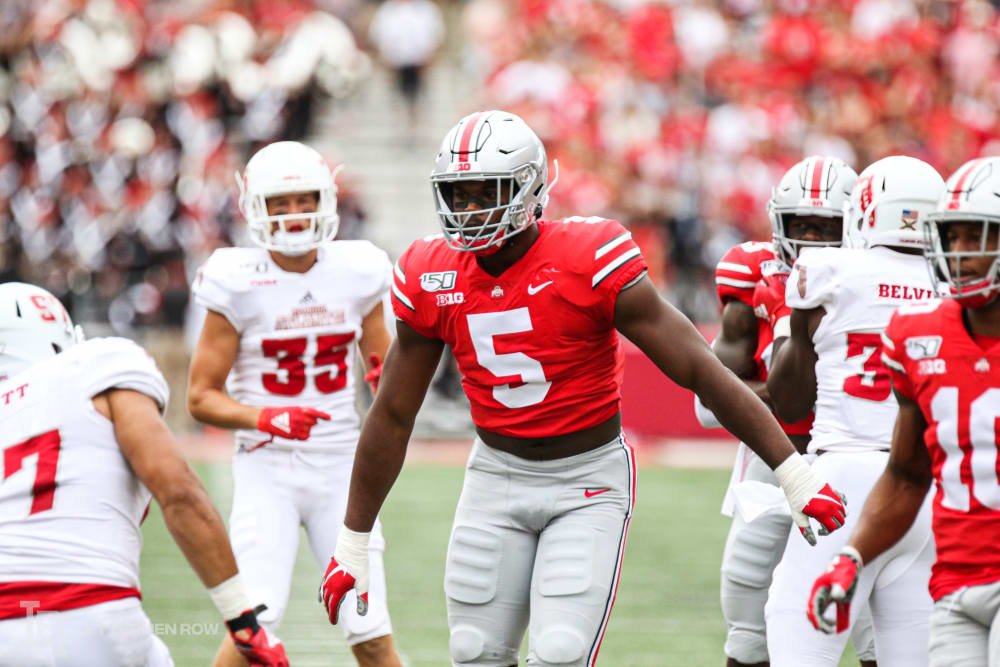 “But do I think that we saw some guys flying around. I thought you saw some hard tackling early on. I think you saw guys running to the ball with great effort and that’s what we want.”

The Buckeyes certainly still have room to grow, and that’s to be expected given all the changes and the fact that the players and coaches have only had one opportunity to play together in a live setting.

But for a starting point, Ohio State should feel extremely confident about what Chase Young will bring to the Rushmen. The secondary looks poised to again be one of the best units in the country. And with Malik Harrison and Pete Werner helping lead the charge for the linebackers, a position that struggled over the last two years seems to be turning the corner in a major way.

What helped the Ohio State linebackers succeed in the opener? How can the Buckeyes keep growing and sustain that Week One momentum? Where are there still questions to be answered? Former Ohio State linebacker Zach Boren was back in the Lettermen Row film lab for his first video breakdown of the season, analyzing the playmaking ability of some defenders in the latest episode of BuckIQ.