But the Buckeyes better not trash it, even as much as Fields appears to hate wearing that extra protection for his sprained left knee. Given the magic he’s produced over the last two weeks with it on, even if the Buckeyes don’t have him use it in games, they might want to add it to the trophy case alongside the Big Ten title.

Without the toughness of Fields, his willingness to play through pain and his ability to overcome some limitations to his impressive athleticism, the Buckeyes probably aren’t undefeated or heading to the Fiesta Bowl to play Clemson in the College Football Playoff. And the sophomore certainly wouldn’t be flying to New York this weekend for the Heisman Trophy ceremony, an invitation that was sealed with his three-touchdown performance on Saturday in the conference championship on the heels of a limited week of practice.

“Well, he didn’t get a chance to practice as much as he would have liked to this week,” Ohio State coach Ryan Day said. “I think early on it was a combination of our protection and maybe him just being a little rusty, not getting the amount of reps, live reps that he needed during the week. Being a quarterback so much is timing. When you’re in the NFL, you’ve had years and years, hundreds of games under your belt, maybe you don’t need it as much. When you’re a 19-year-old sophomore who hasn’t played a ton of football, you need to practice. 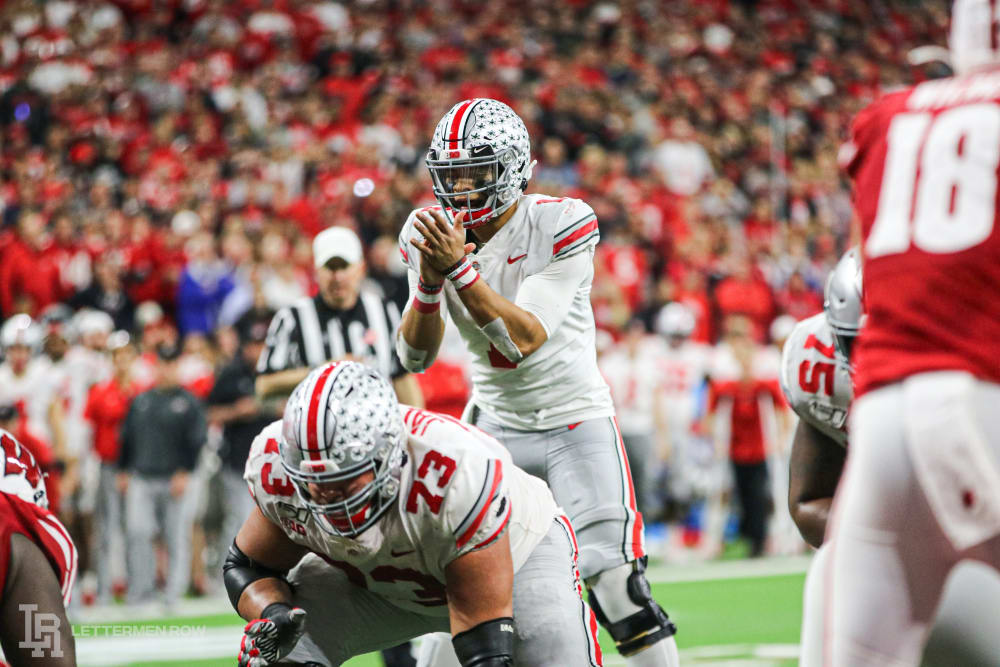 “The way that he played today without having a full week of practice is incredible. His heart is like I’ve never seen before. The way he came out to play [against Wisconsin] goes to show you that.”

Still only in his first season as the starter, Fields is already building a legacy with the Buckeyes thanks to that heart and determination, proving every week why he was the perfect fit for the program to lead the attack in Day’s first year in charge.

The transition from Urban Meyer to Ryan Day couldn’t have gone any smoother. And it would have been hard to imagine that it would be just as seamless at quarterback after losing Dwayne Haskins early to the NFL Draft, but all Ohio State did was find another Heisman Trophy finalist to replace the last one.

What did that performance in the Big Ten championship prove about Justin Fields? Is it safe to assume the Ohio State quarterback will be at the Heisman Trophy ceremony again next year also? How much more dangerous can he be with three weeks to rest for the Fiesta Bowl? Former Heisman Trophy winner Troy Smith was back in the Lettermen Row film lab to break all that down and answer those questions in the latest episode of BuckIQ.