COLUMBUS — Justin Fields will throw to any Ohio State wide receiver who is open.

Few cornerbacks in the country are able to keep Chris Olave from breaking free.

So, it’s not exactly a surprise that the Fields-to-Olave connection has become one of the most productive for the Buckeyes heading into the closing stretch of the regular season, which ramps up on Saturday against Maryland. Whether it’s just solid chemistry, a product of two impressive individuals each happening to flourish at the right time or some combination of the two, there’s no tandem for the Buckeyes clicking any better right now.

“Chris is a hard worker,” Fields said. “He does everything right on and off the field. He’s one of the hardest workers I’ve seen. He’s always doing the right thing never doing anything wrong. He’s a great leader and he just puts his head down and works. 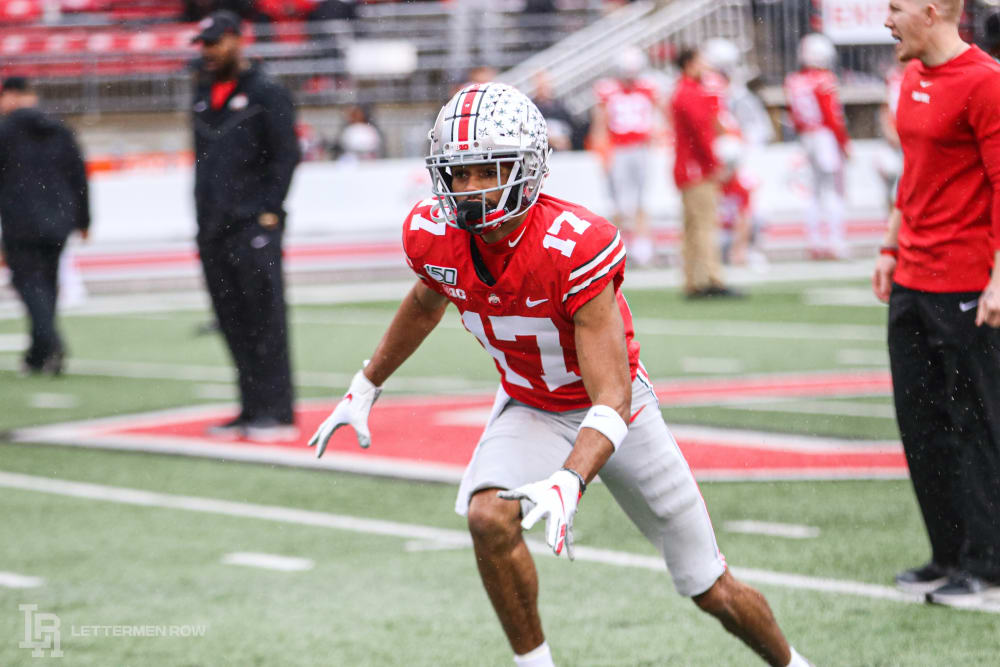 “Coach [Ryan] Day told us earlier in the week [before Wisconsin] that big-time players make plays in big-time games. And I think all the big-time players of the team definitely stepped up and made great plays today.”

For the second game in a row, that included a pair of touchdown passes from Fields to Olave. Coming off a rare zero-catch, zero-target outing for Olave earlier in October against Michigan State, the sophomore target has been on a tear, doubling his touchdown total and now tied for the Big Ten lead with eight scoring grabs heading into what could be another stat-padding matchup with Maryland.

Fields remains more than willing to spread the football around in the passing attack, with K.J. Hill leading the team in receptions, six other Buckeyes nabbing multiple touchdowns and Binjimen Victor still ascending as the big-play threat with nearly 19 yards per reception. But when it comes to end-zone connections, Fields and Olave have clearly shown a knack for that which is only getting stronger as the season progresses.

What has allowed Justin Fields and Chris Olave to develop that chemistry for Ohio State? Can the Buckeyes get even better throwing the football down the stretch? How does Olave get so open for his quarterback? Former Ohio State wide receiver and national champion Evan Spencer was back in the Lettermen Row film lab breaking it all down and trying to answer those questions on the latest episode of BuckIQ.