Connect with us
Ohio State running back Master Teague has emerged. (Birm/Lettermen Row)

COLUMBUS — The big dilemma during training camp at Ohio State didn’t last long into the season. And Master Teague has made that seem like a distant, laughable memory.

The Buckeyes spent weeks challenging somebody to step up and claim the backup tailback job during August. Maybe a versatile veteran was ready to ascend, perhaps a surging freshman was already prepared for the role or maybe the Buckeyes would have to just lean more heavily on J.K. Dobbins than they wanted until an answer emerged.

But it turns out all Ohio State needed was a healthy Teague, who has been one of the biggest surprises for the program over the first three games. The second-year tailback has not only staked a claim to the No. 2 job for the Buckeyes, his prolific outing last week at Indiana suggested that he might be ready for any kind of workload the offense needs from him.

“I wouldn’t say it’s relief as much as it was just excitement to see him get going,” Ohio State coach Ryan Day said on Tuesday. “Because I think we all kind of had an idea what we had, but it was hard because of these nagging things that were going on and we couldn’t get him practicing and get him going. 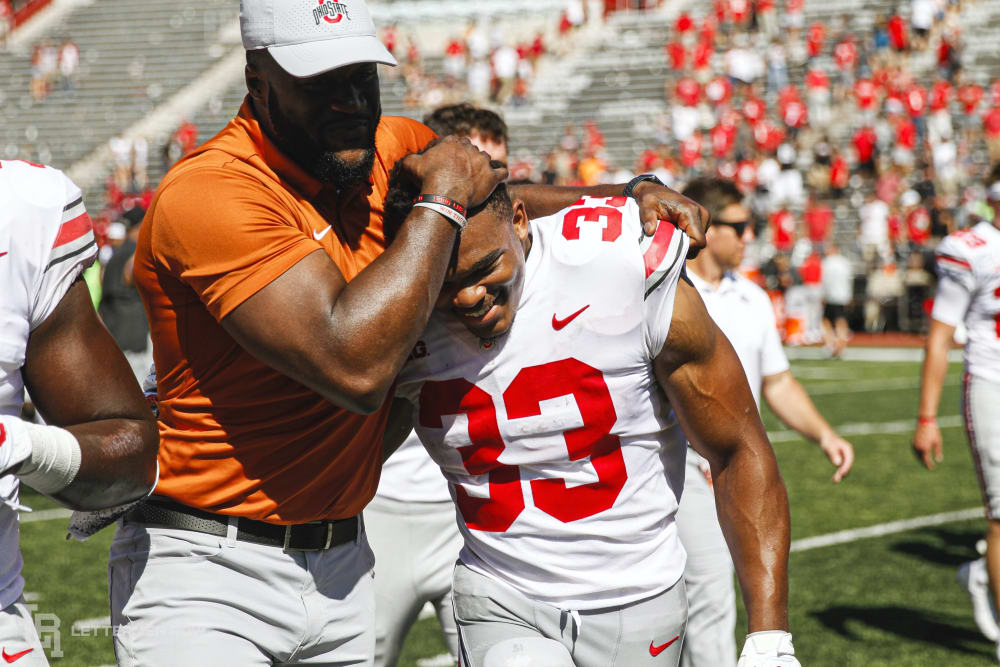 Ohio State running back Master Teague is thriving early in his second year with the Buckeyes. (Birm/Lettermen Row)

“We said he had, I guess, three, four weeks of practice in and he was just about ready to get going, and he did. And so that was exciting to see for sure. Now he needs to assert himself and start to be a guy we can count on.”

The Buckeyes still have a clear bell-cow rusher in Dobbins, and the starter is also coming off one of the best performances of his career. But when he needed a break or when his game was over with the outcome secured, Teague put on a clinic of one-cut running, breakaway speed and willingness to fight through contact that points to a bright future for him.

Eventually Dobbins is going to need a full-time replacement, and every carry is an opportunity for Teague to build his case. But even in a complementary role, Ohio State is going to need him over the course of the season — and his 106-yard outing with a touchdown at Indiana proved he’s capable.

What has helped Master Teague thrive early in the season? How does he fit best in the plans for Ohio State? What is it about his rushing style that is working for the Buckeyes? Former Ohio State star tailback Beanie Wells was back in the Lettermen Row film lab breaking it all down in the latest episode of BuckIQ.