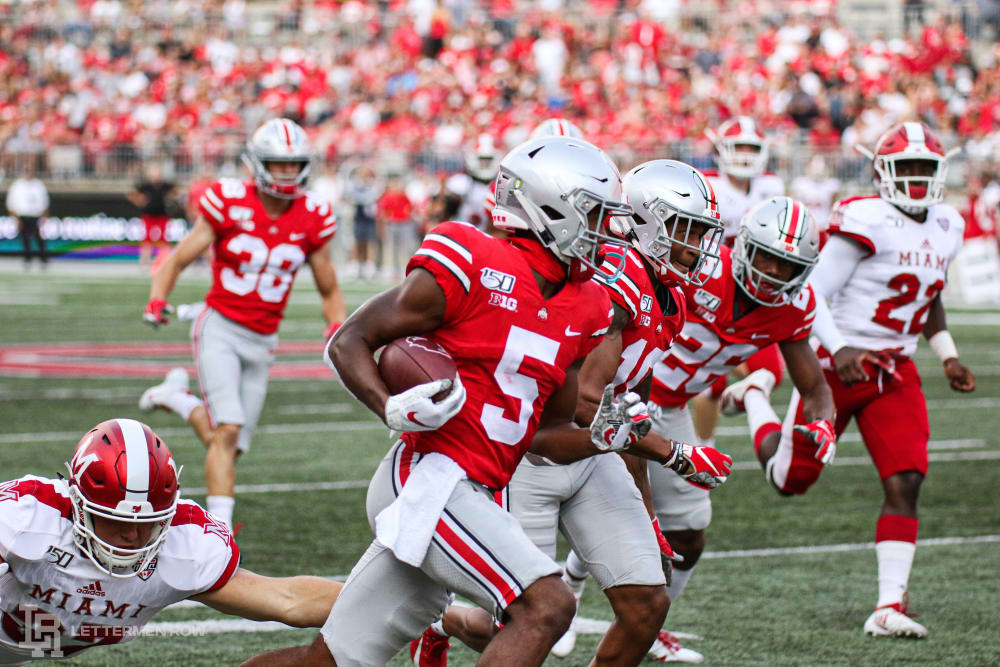 Ohio State freshman Garrett Wilson looks like a weapon in the return game for the Buckeyes. (Birm/Lettermen Row)

The speculation, debate and conversations about Ohio State never end, and Lettermen Row is always ready to dive into the discussions. All week long, senior writer Austin Ward will field topics about the Buckeyes submitted by readers and break down anything that’s on the minds of the Best Damn Fans in the Land. Have a question that needs to be tackled, like the one today about the Ohio State and a potential change in returners? Send it in right here — and check back daily for the answers.

The only personnel question still in my mind: what is Demario McCall's role going to be, now that the kick return and RB depth charts have changed?

Matt Barnes is only in his first season on the Ohio State coaching staff, but it didn’t take him long to brush up on school history and the baffling drought he inherited as the special teams coordinator.

“But you also have to be smart about when you want to fair catch and not always bringing a return out of the end zone. It’s really about hitting the right pitches and not swinging at every pitch.”

There’s nothing wrong with patience, of course. And it’s understandable why the top priority would simply be securing the football when the Buckeyes are so loaded on offense that they don’t necessarily need a scoring boost on special teams.

But given that abundance of talent that is clearly spilling over to the third phase where the Buckeyes are among the best in the country at flipping field position and blocking kicks, it’s mystifying that they haven’t found somebody in the return game capable of taking the football to the house. 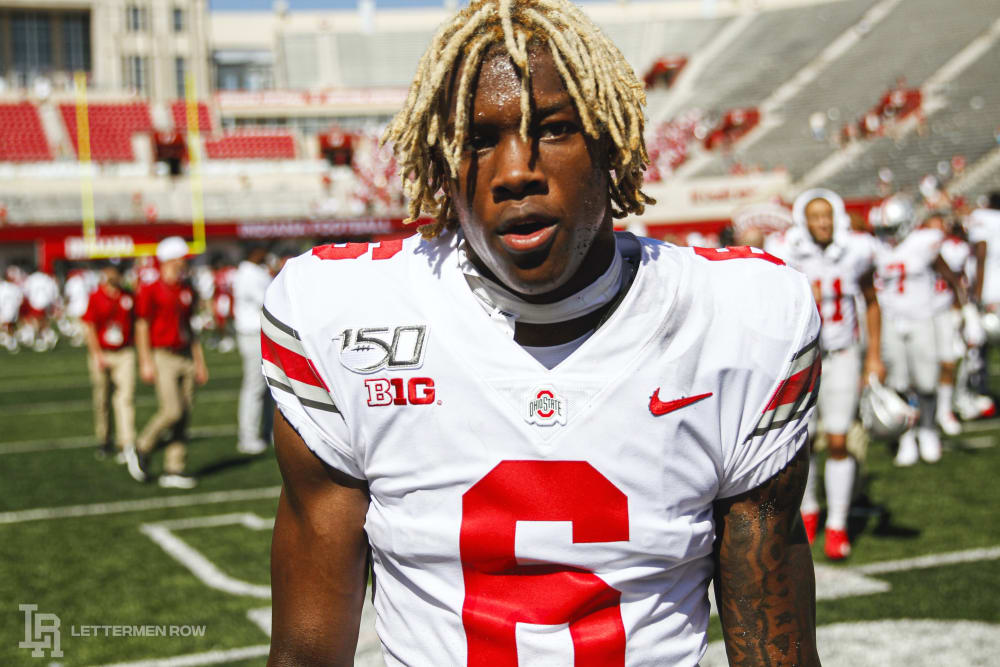 Jordan Hall was the last guy to take a kickoff the distance in 2010. Jalin Marshall exploded for a score on a punt in 2014. And since then, Ohio State has been looking to duplicate that spark, and the results have obviously been a mixed bag.

The latest experiment started a year ago as Ohio State tried to carve out a regular role for Demario McCall in an effort to unleash his speed and elusiveness in the open field. But that hasn’t really clicked thanks to problems catching the ball and what at times has been suspect decision-making from the redshirt junior.

And while McCall does have a 35-yard effort to his credit this season, overall he’s produced 51 yards on five returns — which Garrett Wilson topped on his first attempt of the year last week against Miami (Ohio) when he darted 52 yards and threatened to score. Is the dynamic Wilson the answer? Could another freshman who flashed his speed be a solution on kickoffs after Jameson Williams pulled off a decent Ted Ginn impersonation last week on the first touchdown catch of his career?

For Wilson in particular, it certainly feels like that change is coming for the Buckeyes.

“I think [the role] is going to progress, especially when he does things like he did,” Ohio State coach Ryan Day said. “He hit a big return, and we’ll kind of see as we go. But the more he can take on, the better for him. He’s still a very young player, but obviously very talented.

“The more he can take on, the more we’ll give him.”

Garrett Wilson already looks ready for a heavier workload. And he might be the guy who can end that scoreless streak on special teams and change the answer for Barnes the next time he’s asked about the return game.