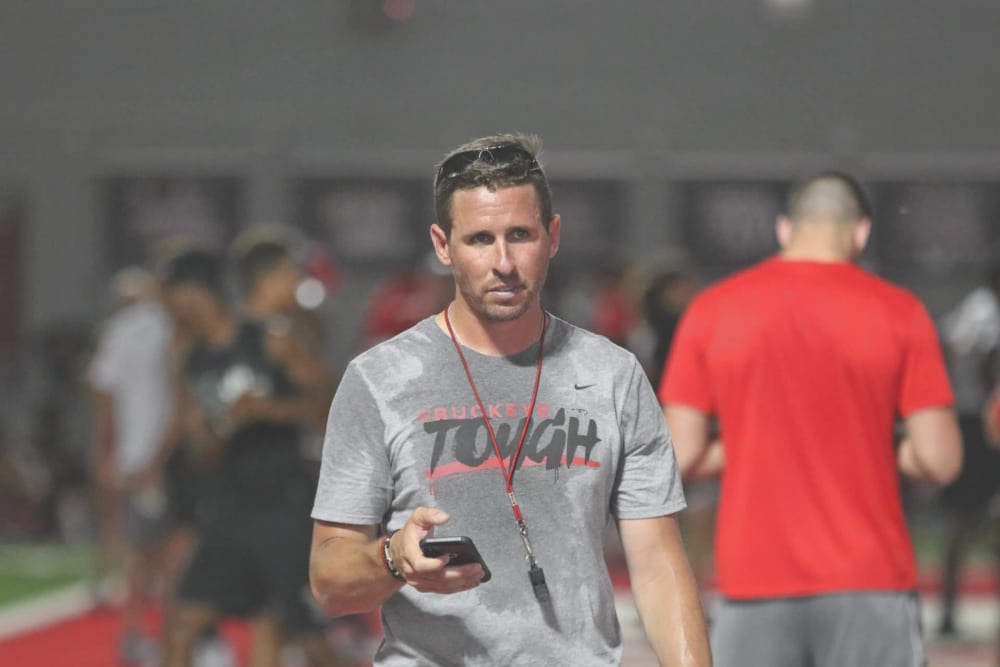 The speculation, debate and conversations about Ohio State never end, and Lettermen Row is always ready to dive into the discussions. All week long, senior writer Austin Ward will field topics on the Buckeyes submitted by readers and break down anything that’s on the minds of the Best Damn Fans in the Land. Have a question that needs to be tackled, like the one today on how Brian Hartline will handle the wide receivers? Send it in right here — and check back daily for the answers.

From what we can see from limited videos, it looks like all the WR’s and TE’s are having a great camp.. who will start?

Even with a new position coach, don’t expect dramatic changes under Brian Hartline when it comes to the rotational approach for Zone 6. There may be some different techniques emphasized thanks to his NFL experience, it’s possible that he might have a few new route concepts in mind to take advantage of the personnel and his intensity figures to ramp up the competition for playing time. But like the last few years, expect Ohio State to give everybody among at least the top-six wideouts chances to make plays — and it’s possible that number could even grow with C.J. Saunders or Jaylen Harris pushing for work.

Now, the tight-knit unit prefers to be evaluated collectively, and that brotherhood is a big part of the reason Ohio State is able to substitute so freely. Since the Buckeyes don’t appear motivated by individual success, that allows Hartline the liberty to pursue the right matchups and situations that best match up with the talent on hand. 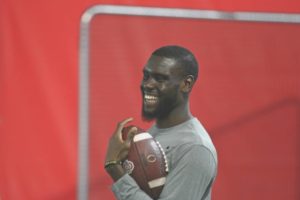 Where it gets interesting, then, is not in terms of establishing traditional starters. When the depth chart for the Oregon State game is released, it’s almost a certainty that all six of those guys will be bracketed together and all designated as first-team targets. But what should help separate those Buckeyes at least publicly will be the volume of snaps this season. Just because Ohio State is rotating doesn’t mean the share of reps has to be equal.

So, the hunch here is that Mack is going to wind up with the most to do for Ohio State this season. He appears to be the most complete package at the position, which means Hartline won’t have to pick and choose spots to highlight Mack’s ability. Right after that, Hill and Campbell figure to have comparable snap counts thanks to the often-undervalued athleticism of the former and the improved hands of the latter. That doesn’t mean there won’t be plenty to do for those other veterans, and it would qualify as a surprise if Saunders hasn’t carved out a role for Ohio State by the end of training camp. But if there is going to be some sort of pecking order to decipher, the first snap of the game probably isn’t going to be the key to unlocking it.

The rotation at Zone 6 isn’t going anywhere under Brian Hartline. And considering the personnel he has to work with in his first season as a position coach, there are plenty of reasons to keep using it.