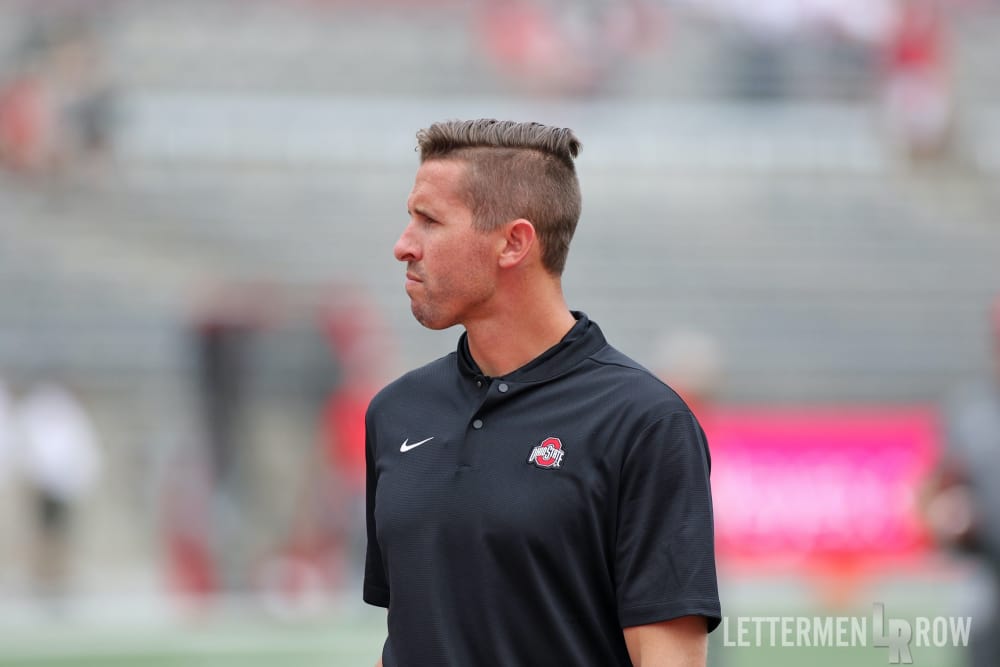 The speculation, debate and conversations about Ohio State never end, and Lettermen Row is always ready to dive into the discussions. All week long, senior writer Austin Ward will field topics on Urban Meyer and the Buckeyes submitted by readers and break down anything that’s on the minds of the Best Damn Fans in the Land. Have a question that needs to be tackled, like the one today about Brian Hartline and the wide receivers? Send it in right here — and check back daily for the answers.

WRs!! As a group Zone 6 is stepping up like we haven't seen in a log time, but most are upperclassmen. Who do you see leaving (some have to, obvi) and staying, and who will step up in their absence?

The crystal ball here obviously doesn’t work flawlessly, but there is at least one prediction that can be made with clarity: Brian Hartline will eventually be a full-time assistant for Ohio State. There’s absolutely no question that the interim wide receivers coach has earned it, deserves it — and the Buckeyes need to keep him. There really isn’t any argument against that coming from the Woody Hayes Athletic Center and it may just be a matter of time and university protocol, but that’s a move that should be inevitable.

Why is it so important? Change is coming for the veteran Zone 6 unit, and Hartline has left little doubt that he can get the most out of his guys and see the Buckeyes through a transition period.

(The building for the future never truly ends, of course. Lettermen Row Director of Recruiting Jeremy Birmingham has previously looked at how Hartline is making an impact in that department, as well as how his current status impacts that work.)

Ohio State knows for sure that Parris Campbell, Terry McLaurin and Johnnie Dixon won’t be back, which is a blow in terms of both production and leadership. K.J. Hill is making himself into an early-round draft pick with every absurd catch, and he’s more than likely going to be declaring for the draft at the end of the season. And rounding out that top-six rotation are two more juniors who will at least have a choice to make — and it’s honestly hard to handicap the decisions for Austin Mack or Binjimen Victor at this point. Both of those guys would likely benefit from a chance to lead the group and keep developing under Hartline, but that shouldn’t be considered a sure thing. 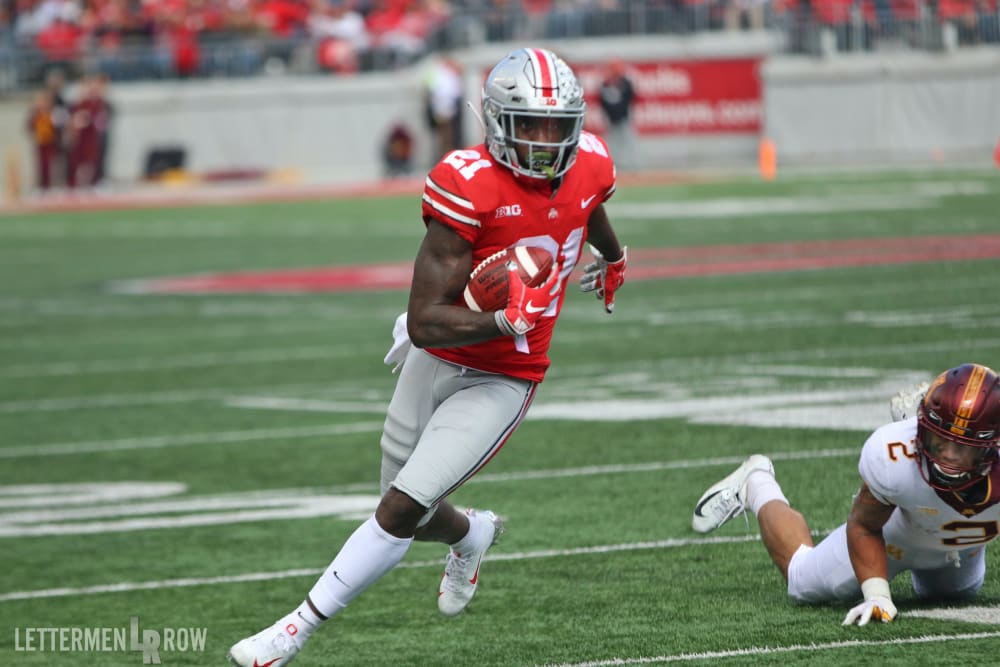 That’s obviously a significant overhaul no matter what happens with the underclassmen. But that makes the stability, track record and knowledge Hartline brings to the table even more valuable to Ohio State. There is more talent waiting in the wings, particularly with Chris Olave starting to impress more as his freshman season progresses and guys like Jaylen Harris or potential H-back Jaelen Gill waiting for shots to perform. Throw in 5-star recruit Garrett Wilson and Ohio State once again could have the makings of another deep group that keeps the passing attack humming.

It shouldn’t be overlooked that Ohio State has three team captains at wide receiver this season, and the leadership of Campbell, Dixon and McLaurin has certainly been a blessing for Hartline since he took over as the position coach in July. The Buckeyes have a tight-knit group in that unit now, and it’s possible that Hartline may have to take a slightly different approach leading the receivers without those veterans around — although that might not be necessary if Mack and Victor return.

Either way, Hartline has been around the game long enough to know what’s needed of him, and he’s wasted no time this year proving he’s around for the long haul as a coach. Ohio State is certainly aware of that by now, and at some point it’s a safe bet it will lock up Hartline and secure the future of Zone 6 in the process.