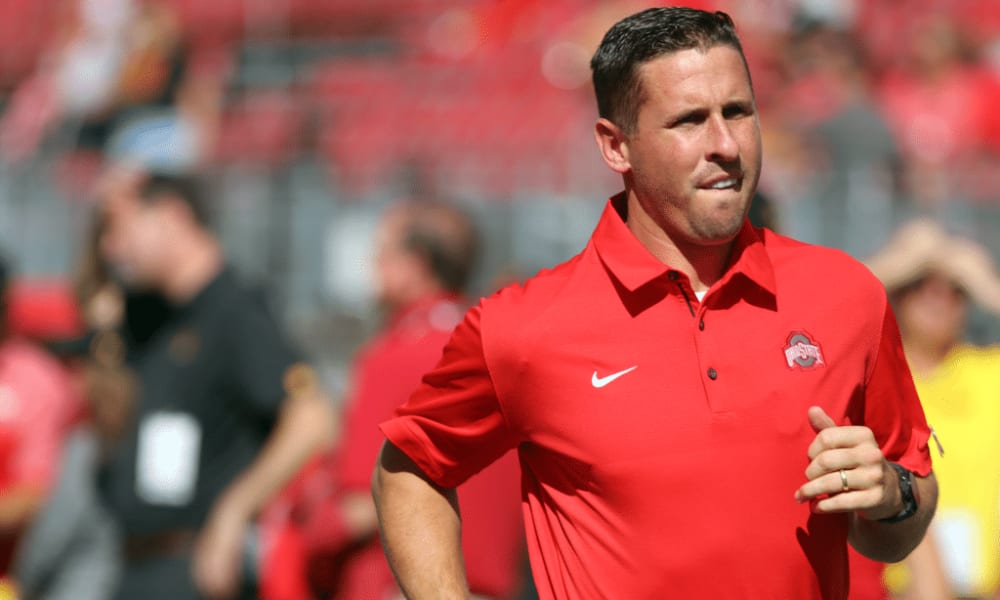 “He’s got potential to be an excellent coach,” Ohio State coach Urban Meyer said on Tuesday. “You know, you worry about NFL guys, and I hate to lump them like that because you’re labeling people. But ask NFL guys, ‘Hey, go make coffee. Hey, draw these scout-team cards and make sure this guy is lined up, make sure this guy is going to class.’ They roll their eyes at you. Brian Hartline is a wonderful guy and works his tail off, so Brian Hartline is a very important part of our staff.”

Hartline will have no shortage of skilled players at his disposal. In addition to three fifth-year seniors — Parris Campbell, Johnnie Dixon and Terry McLaurin — Ohio State boasts a number of other talented receivers including K.J. Hill, Austin Mack and Binjimen Victor. The key will be whether he’s able to harness the full potential of some of those players, something that’s been missing in recent years as the Buckeyes’ passing game floundered.

Lettermen weigh in on Hartline

In the wake of Hartline’s official promotion, a pair of lettermen — wide receiver Evan Spencer and tight end Jake Stoneburner — stopped by the Lettermen Row studio to give their take on Ohio State’s new receivers coach. Both guys had plenty of insight on Hartline, so be sure to check it out.

Washington (D.C.) Sidwell Friends 3-star offensive tackle Walter Rouse took a visit to Ohio State on Thursday, getting a good look at what the Buckeyes had to offer.

“[Urban] Meyer and the coaching staff went above and beyond,” Rouse told Lettermen Row. “I couldn’t see anything that I didn’t like or wanted to change. I was able to check a lot of my own boxes about the academics, the football program, interaction with coaches and players and get a feel for if I could see myself on campus in the classrooms and in the locker room. We discussed my return for an official sometime during the season. So that shows how much they moved up on my list.”

For more on the visit, check out Thursday’s edition of Dotting the ‘Eyes.

The 2002 Ohio State football team was calculated to be the worst college football champion since the start of the BCS era, which began with the 1998 season. Let’s not make too much of this, though, because the formula used by ESPN Analytics produced some other wonky results that make clear it needs to be tinkered with.

For example, the 2001 Miami (Fla.) team that destroyed everything in its path was listed at No. 3, behind 2005 Texas (No. 1) and Urban Meyer’s 2008 Florida team (No. 2). While the 2002 Buckeyes had their share of struggles and close games, they also fielded what amounted to an NFL defense and finished the season by beating Miami (Fla.) team that hadn’t lost in its last 34 games.

Wright is the No. 2 offensive tackle and No. 9 overall prospect in the Class of 2019. He is also currently on track to be the first composite 5-star from West Virginia in the recruiting rankings era.

#AskTwitter what’s some good cook books? 👀 trying to get ready for culinary school .. #Buckeyenation help me out 🙏

Had an amazing time at THE Ohio State University yesterday! Thanks to @OSUCoachMeyer, @CoachStudOL and @R2X_Rushmen1 for a great day! pic.twitter.com/Qot4Bv2UVV