COLUMBUS — Ohio State took its sweet time getting Brendon White on the field.

Now the Buckeyes might never take him off it and appear to be carving out a role specifically to take advantage of his athleticism.

White can play safety. He’s got impressive ball skills and an understanding of how to defend the pass. He’s a willing tackler who also looks at times like a linebacker. He’s shown an impressive ability to diagnose schemes and trust his instincts.

Exactly why Ohio State didn’t realize that earlier last season might never truly make sense. But with the previous defensive coaching staff now almost completely gone, that doesn’t appear to be a problem for the Buckeyes this spring as White makes his claim to the Bullet position, a hybrid between a defensive back and linebacker that figures to feature his skills prominently.

“Brendon can do a bunch of things,” Ohio State coach Ryan Day said after the first practice of spring camp. “One of the things we’ve challenged our defense with is finding the guys on our defense and what can they do best. If it’s come down and cover, if it’s fit the run, if it’s matched up on a tight end, if it’s matched up on a running back or playing corner — whatever those skill sets are for the guys we have. It’s just like on offense, you assess what you have, and then you try to fit the best scheme into it. 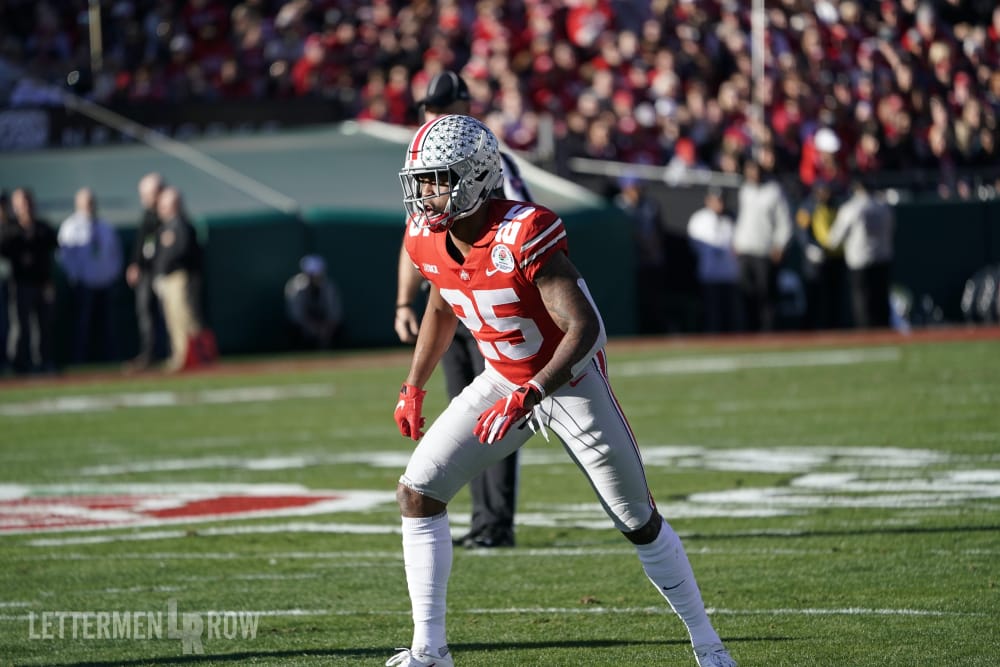 Brendon White is a player to watch for Ohio State. (Birm/Lettermen Row)

“Brendon is going to do some different things for us.”

The Buckeyes have another full month ahead of them this spring and then all of training camp to sort that out for White, so they’re obviously still early in the process.

But given the new approach on defense and the remarkable rise from the junior last season, Ohio State is already ahead of the game knowing it can build around him and his versatility.