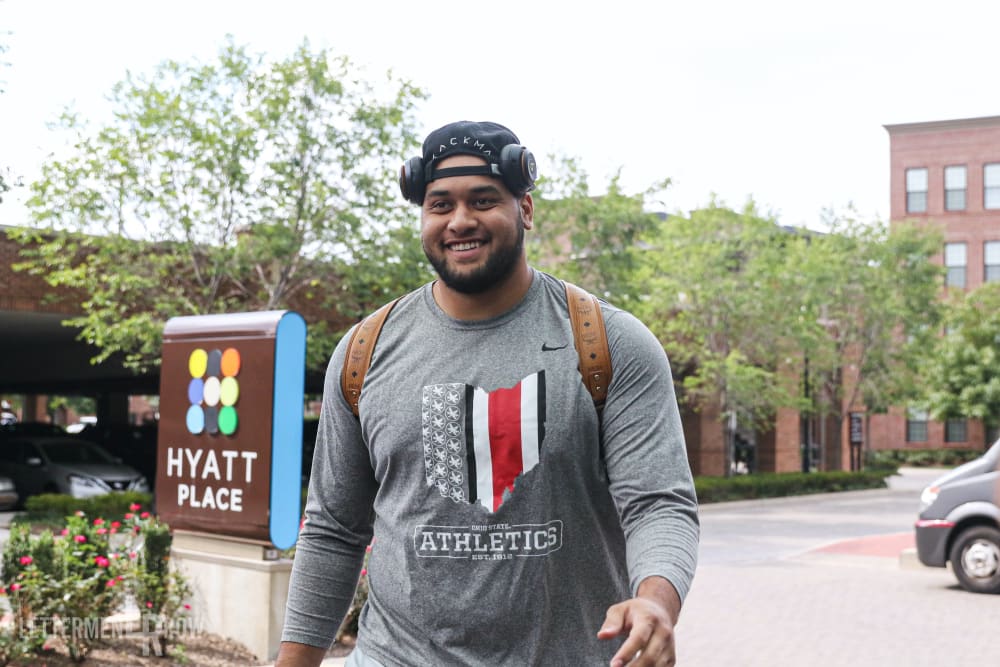 The speculation, debate and conversations about Ohio State never end, and Lettermen Row is always ready to dive into the discussions. All week long, senior writer Austin Ward will field topics about the Buckeyes submitted by readers and break down anything that’s on the minds of the Best Damn Fans in the Land. Have a question that needs to be tackled, like the one today about the Ohio State and the right tackle battle between Branden Bowen and Nicholas Petit-Frere? Send it in right here — and check back daily for the answers.

The competition isn’t officially over, and even once the season starts, Ohio State might keep it going by rotating two guys at right tackle.

But Branden Bowen is almost certainly going to be on the field for the first snap of the season next week. And his comeback after two years of dealing with a fractured a leg and complications from that injury could easily be one of the best feel-good stories for the Buckeyes.

The program isn’t just putting him on the field for the fairy-tale ending, though. And considering that Bowen’s only previous starting experience was at guard, the expectation coming into camp that he would probably wind up as the unit’s swing guy off the bench and the fact that he could have easily given up on his Ohio State career a year ago, it’s pretty remarkable that he’s in line for the start against Florida Atlantic.

Take nothing away from Nicholas Petit-Frere, who is building himself into a blocker capable of living up to his five-star billing and has earned the right to play as well. But even after injuries, the best-case scenario for any offensive line is that a redshirt senior is able to use his maturity, experience and physical skills to hold off younger competition the way Bowen appears to have done during training camp.

“Branden Bowen has probably had the best camp,” Ohio State coach Ryan Day said. “He’s at a certain level, playing really well. … But those guys are still battling it out. They’re doing a great job. I anticipate both will play.

“Nick has done a really good job as well. Right now they both deserve to play. Where this week goes, we’ll see. Still another big week for us as we lead into next week and prepare for the game.”

Particularly against a team that isn’t known for its defense, Ohio State should have an opportunity to let both guys perform in a meaningful setting, evaluate those outings and then proceed from there. For all the conversation about playing both guys, it still seems unlikely given the nature of offensive-line play that the Buckeyes would truly rotate right tackles in competitive situations against quality opponents.

Petit-Frere’s potential down the road, though, might make the program a little quicker to make a substitution when Ohio State has a lead to make sure that he’s getting the kind of reps that can speed up his development — whether he’s needed as a starter this year or simply preparing for when Bowen is gone. Given the tight-knit nature of those big guys, that’s surely not a problem for Bowen, who is obviously well aware of how quickly the game can be taken away from people.

The way he responded to the adversity has been incredibly impressive. And now Branden Bowen is about to have the chance to write a happy ending that he had certainly had to earn.