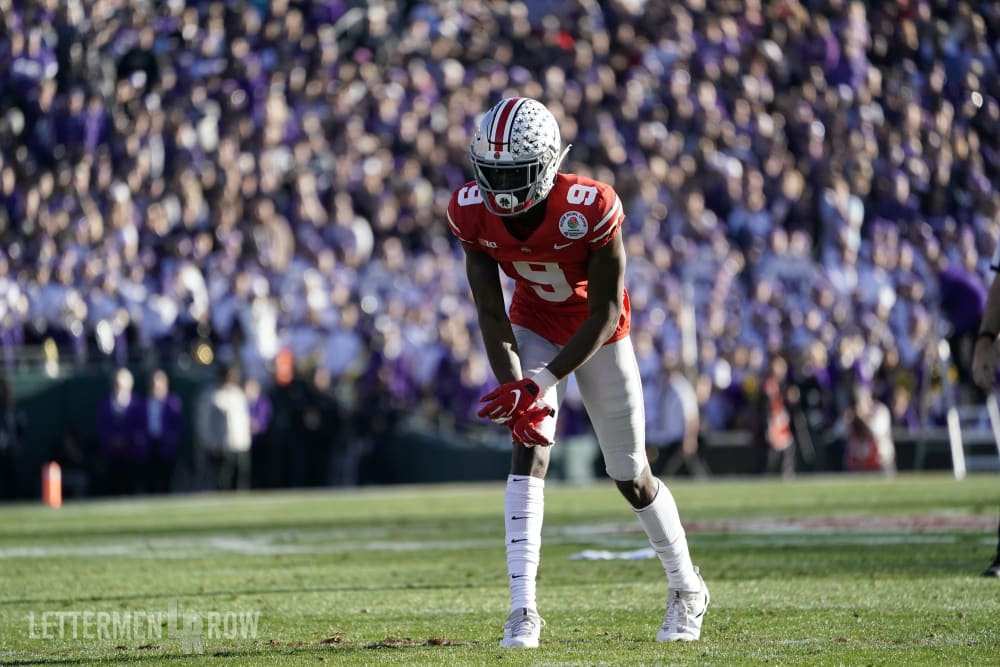 COLUMBUS — For the first 12 minutes of his interview Tuesday night, Ohio State wide receivers coach Brian Hartline was peppered with questions ranging from recruiting, his 5-star phenom Garrett Wilson, breakout candidates and attempts to figure out the depth chart.

After 17 questions in the Woody Hayes Athletic Center about everything else Hartline handles with his position group, Hartline delivered a long-winded response to a simple question. For the first time all night, he was asked about one of his older guys: Binjimen Victor.

While all the chatter this offseason has been about how Ohio State can possibly replace the trio of talented receivers that are now in the NFL, Hartline raved about Victor, the veteran pass-catcher who has a chance to finally break out in his final season.

“He stepped up his offseason. I think it’s translating into the camp,” Hartline said. “I think he’s in a position right now where, if you ask him, he just needs to put it together on Saturdays. I think he does a lot of good things. He’s adding weight, he’s still playing fast, catching the ball well.”

A former top-100 prospect from south Florida, Victor’s career has been one of the most cliche’d roller coaster rides. During his first season, he played in just five games, didn’t redshirt, and had just one touchdown in mop-up duty. His sophomore season, he came a red-zone target and had seven touchdown grabs, but he never found his footing in the rotation. 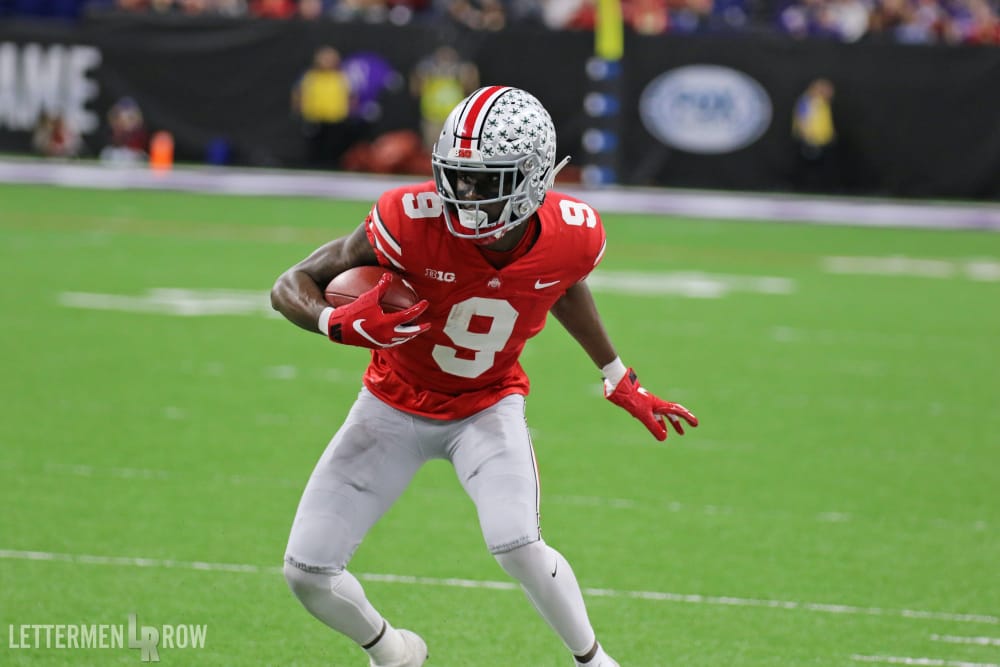 Binjimen Victor will be a leader for the Ohio State wide receivers. (Birm/Lettermen Row)

Last year, he flashed at times, but the log-jammed depth chart made it difficult for Victor. As Ohio State’s offense progressed into a pseudo air-raid attack, Victor became a part of the receiver rotation and made plays from his Heisman Trophy-candidate quarterback. He began to show his potential as a long, athletic option on the outside.

Nothing showed that potential more than his acrobatic catch and run for a touchdown that silenced a Penn State white-out crowd a season ago. Victor had been primarily known as a red-zone threat. But his 12-yard catch in the fourth quarter against the Nittany Lions turned into a 47-yard touchdown grab that change that game.

That’s the impact Victor can have in the Ohio State offense.

“Any time it’s time for you to make a play or your number is called, like coach says, you just have to go out there and make that play,” Victor said.

So after making a season-defining play last year, Victor still has one last act as an Ohio State playmaker. His focus this offseason became laser sharp and he’s working on honing his skills — blocking, catching, chemistry with new quarterback Justin Fields, everything.

Victor wants to be a complete receiver in his offense.

“Having that focus, really just going hard and coming in every day, pushing my teammates,” Victor said. “Worrying about Zone 6 and making plays every chance I get.”

BuckIQ: Binjimen Victor ready for senior-season spotlight at Ohio State
Watch this video on YouTube.
Hartline has big plans this season for Victor. He’s sensed a new growth in Victor’s game, and he’s ready to see what the regular season brings. For Victor, consistency on the field is everything.

Last season, Victor didn’t have a stretch of more than three straight games with a catch. Two or three catches in a few games, then shut out. He has to be more consistent this time around.

“Everything’s happening well, it’s just now, it’s just transitioning from the practice film to game film and playing for your team and doing that consistently,” Hartline said. “I think he’s done a great job putting himself in position to make these plays, and now it’s just executing on Saturdays.”

So the onus is on Victor. Has consistency shown so far in fall camp?

And while Hartline continues to answer about all the young talent in the Ohio State wide receiver room, Binjimen Victor will continue to work and draw praise as he enters his final season.