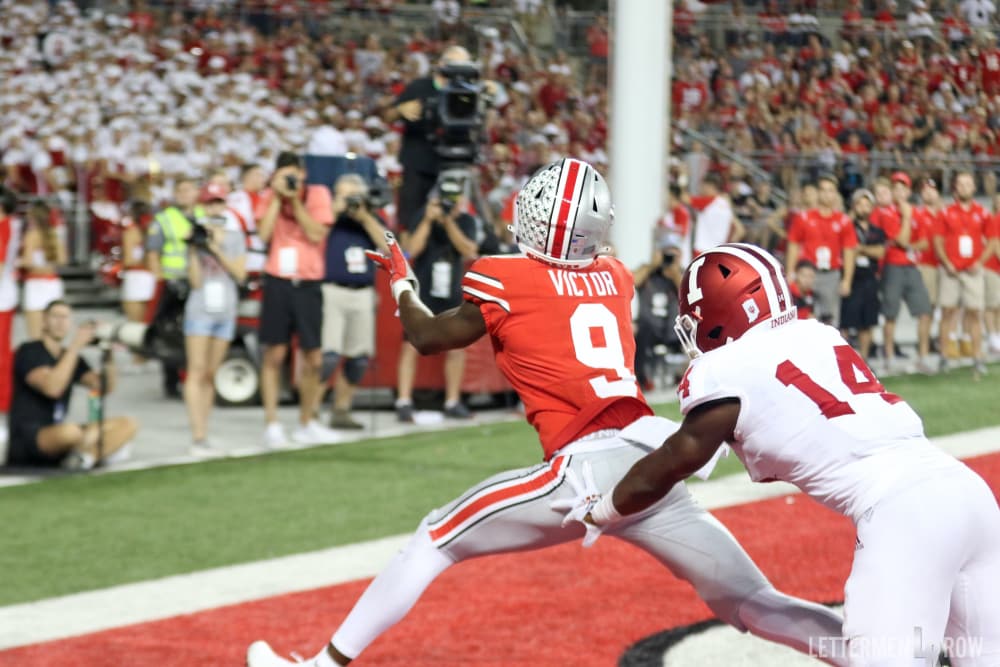 The speculation, debate and conversations about Ohio State never end, and Lettermen Row is always ready to dive into the discussions. All week long, senior writer Austin Ward will field topics on the Buckeyes submitted by readers and break down anything that’s on the minds of the Best Damn Fans in the Land. Have a question that needs to be tackled, like the one today about wide receiver Binjimen Victor? Send it in right here — and check back daily for the answers.

Is it time for Ben Victor to start playing more? And should josh proctor be the starting safety?

Nobody who had seen some of the jaw-dropping catches Binjimen Victor was capable of doing at practice ever doubted his potential. But like plenty of Ohio State wide receivers before him, the junior needed some time to realize everything else that was required at the position before he’d get a chance to show the world what he could do. And in many ways, it was going to be hard for his quarterback or his coaches to trust him without a true, every-down commitment to the little details.

Victor has always been able to use his freakish athleticism to go get the football, and he offered another glimpse at his impressive ball skills last week with a circus grab in the back of the end zone for a touchdown. But dating back to when Michael Thomas had to take a surprising second-season redshirt, the Buckeyes have shown they won’t just turn wide receivers loose until they’ve proven they can handle the whole job — especially when they have as much depth as they do now.

“Well, it depends on the individual usually,” coach Urban Meyer said. “Mike Thomas it took a while. There’s a rite of passage, and usually it’s performance on special teams before you catch a pass. Ben Victor is starting on kickoff return now. He never did that before.

“It was brought to my attention and I shared that with our team, this all triggered when he started performing on special teams. He had a sense of value, a sense of respect. That whole thing about respect: You’ve got to earn it. You’re going to go block and be on special teams, and then good things happen.”

Maybe it seems a bit unnecessary to keep an obvious weapon like Victor on the sideline until he can throw blocks or work hard in the kicking game, but there’s clearly sound reasoning behind Ohio State’s approach.

Could Victor have made eye-popping plays like the touchdowns against Penn State and Indiana without paying those dues? Perhaps, but putting him on the field before he was ready to do everything else could come at a cost for the offense as a whole.

Certainly Ohio State doesn’t have to worry about that now. So, when it comes to whether or not he should play even more moving forward, it’s always important to remember that he’s still in a crowded rotation with a bunch of veterans who have also earned the right to be on the field — and are all producing at a high level as well. 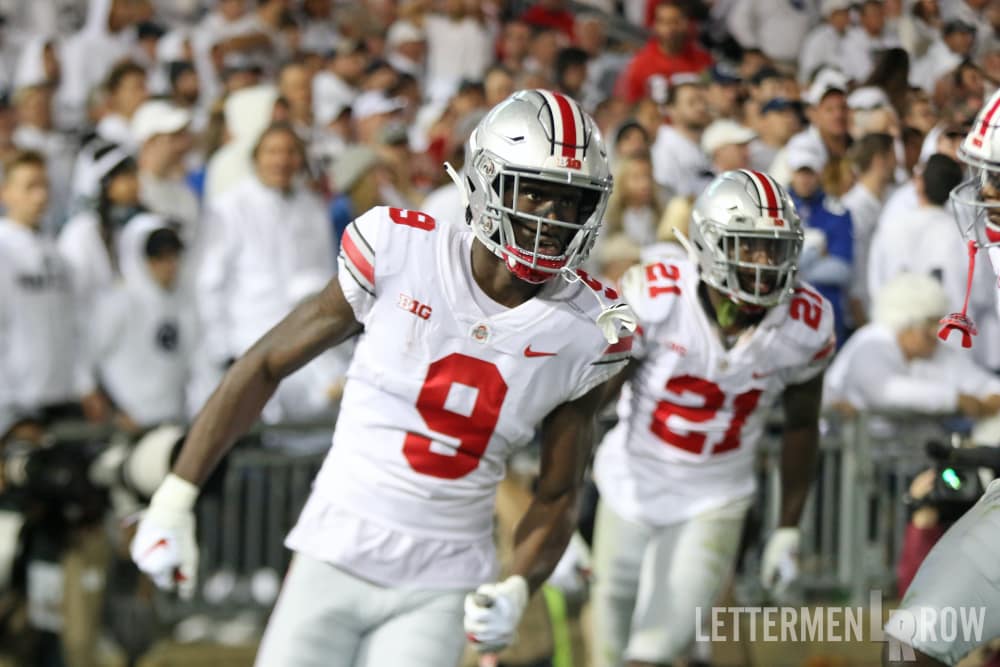 Ohio State wide receiver Binjimen Victor is among a number of Buckeyes on the rise. (Birm/Lettermen Row)

There are only so many snaps to go around, and Ohio State isn’t going to be in a hurry to cut down on the workload of Parris Campbell, Austin Mack, Terry McLaurin, K.J. Hill or Johnnie Dixon any time soon. All of those guys bring something important to the table for both the passing and rushing attacks, and the Buckeyes appear to have found a nice rotation that keeps all of them involved. And Victor has now left no doubt that he deserves to be featured in that mix, which is important since it ensures his role won’t shrink.

But how much will his recent surge translate to more targets or a higher volume of snaps? It might not change anything at all, but the only thing that really matters for Binjimen Victor is that he keeps delivering with the chances he gets.