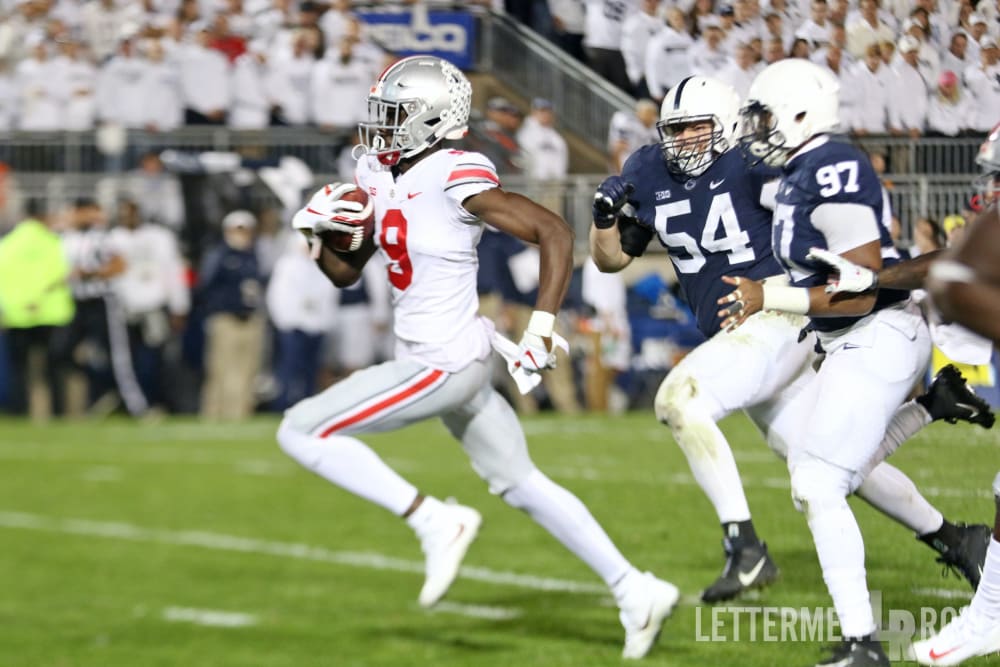 And then Binjimen Victor provided the second effort.

Add it all up and the Buckeyes had a play that probably won’t be playing second fiddle to anything else no matter what happens from here for the program. Without Victor’s sensational grab and dizzying dash to the end zone, the dreams of a national title for Ohio State would have already fizzled out.

Instead, the Buckeyes got to celebrate the silencing of a record-setting crowd against Penn State on Saturday and set themselves up as a true contender after a 27-26 win at Beaver Stadium.

“Ben Vic started that bad boy off, that comeback,” Ohio State coach Urban Meyer said. “That was one of the best plays, right in front of me on the sideline there. He went and attacked the ball, and then the receivers went and got in the way of defenders and blocked their hearts out. All of a sudden, that gave the whole sideline hope.

“That would be a big a play for anybody’s career, that one.”

Victor didn’t do all the work himself, of course. But it’s his name that will be remembered forever by the Buckeyes as providing the critical turning point in a game that appeared to be a lost cause midway through the fourth quarter.

Ohio State needed a spark, and after dealing with some pressure in the pocket, Dwayne Haskins stepped up to throw a ball high and across the middle in Victor’s direction. The dig route looked like it would be good enough for a first down after he elevated to make a contested catch, but he wasn’t going to settle for just moving the chains.

Victor worked back toward the sideline, picking up a handful of blocks along the way, then ultimately reversing field and sprinting back to the north end zone to cap off a wild, momentum-swinging, 47-yard score.

“To be honest, I don’t even know what happened,” Victor said. “There was somebody in my face. All I saw was green grass, and I just took off. I had to make a couple people miss, and that was it.

“It gave us a big jump. We were down and we needed a play. All night we were talking about somebody making a play and getting this ride started, and that’s what I had to do. I had to make a play for my team. I just felt I had to put it on my back.” 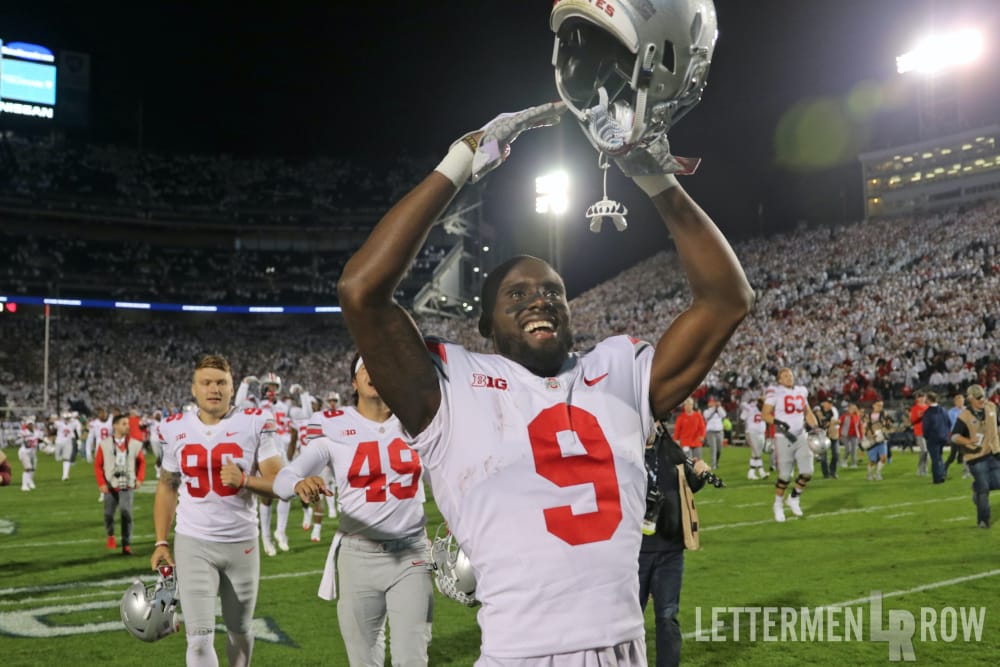 Victor wouldn’t have been an obvious choice to do the heavy lifting for the Buckeyes with their season on the ropes after digging a double-digit deficit for the second time in the Whiteout.

There has never been any doubt about his tremendous upside thanks to a rare combination of athleticism and size at wideout, but he’d largely failed to put that all together to deliver production for Ohio State heading into his junior season. But thanks to a commitment to the little details and some dirty work as a blocker, Victor appears to have turned a corner and earned more trust from the Buckeyes along the way. And now, this might only be the beginning of a major leap forward for him.

“I think when Ben made that play, there were guys on the sideline saying, ‘We’re going to win this game right now.’”

The Buckeyes were right.

And Victor was the one who made that second chance to knock off Penn State pay off in a major way.

“He did a great job,” Haskins said. “On that play, I looked back and if we got a certain pressure — which we did get — we were going to change the play. I looked back and the the coaches said, ‘OK, run it.’ I see it coming, and I was like, ‘I don’t know what to do.’ I snapped the ball, I saw it coming and filled up [in the pocket] and saw Ben. He made a hell of a play for me.

“Ben does that all the time in practice. He’s a freaky athlete. He makes those catches every day. This was the time he needed to do it in a game, and he came up big.”

There was no need for a second take.

Binjimen Victor made the most of his one shot to save the Buckeyes.