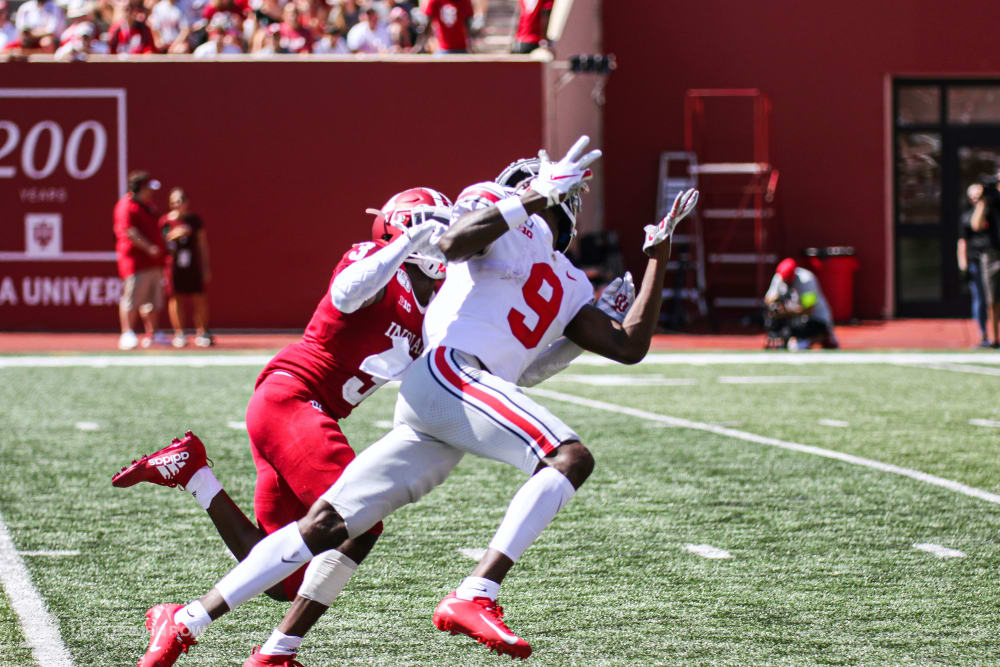 COLUMBUS — The top spot in the personal rankings of Binjimen Victor touchdown catches is still secure.

But there’s a new No. 2, and at the rate the Ohio State wide receiver is making plays during his senior season, he might still have a shot to knock off his comeback-sparking grab at Penn State last year.

For now, though, the famous catch-and-run remains on top of Victor’s list. The competition is getting tougher with seemingly every week, though, since the veteran is now up to 14 career scores and is becoming a threat to score every time he steps on the field — and to potentially do it in impressive fashion.

“That is probably No. 2,” Victor said of his toe-dragging touchdown against Miami (Ohio) last week. “I just attack the ball, and hopefully I get my foot in and make plays. I think you just react to it, try to get a foot in, that’s all reaction.

“It’s a great feeling, actually. Every time you’ve got a chance to get in that end zone, you’ve got to make it happen. I had to make it count and get that foot in.”

Victor is certainly making the most of his opportunities with the Buckeyes these days, fulfilling the promise that has long been expected of him thanks to his rare blend of speed, leaping ability and size at 6-foot-4.

Consistency has been tough for him to find over the previous few seasons, and that’s largely kept him from putting up the kind of numbers that were projected for him at wideout for Ohio State. But across the board, Victor is on pace for career highs in every meaningful category thanks to improvements in every facet of his game — starting with sharper route running.

Of course, Victor still has a flair for the dramatic when it comes to scoring grabs, with his latest play in the back of the end zone providing some deja vu for a similar eye-popping snag last year against Indiana. But it’s the focus on fundamentals that is truly allowing him to take the next step.

“I think anybody who comes to Ohio State has potential or they wouldn’t be here,” Ohio State wide receivers coach Brian Hartline said. “I think Ben Vic obviously has the stature that some guys don’t have, he passes the look test maybe more than others. So, to have that feeling for him, you guys see it. He’s a huge leader in our room, he’s doing a great job on the field — and he’ll even tell you that he could be better.

“If he truly believes that, we’re on the right page.”

Victor has clearly bought in, and the results are hard to ignore. 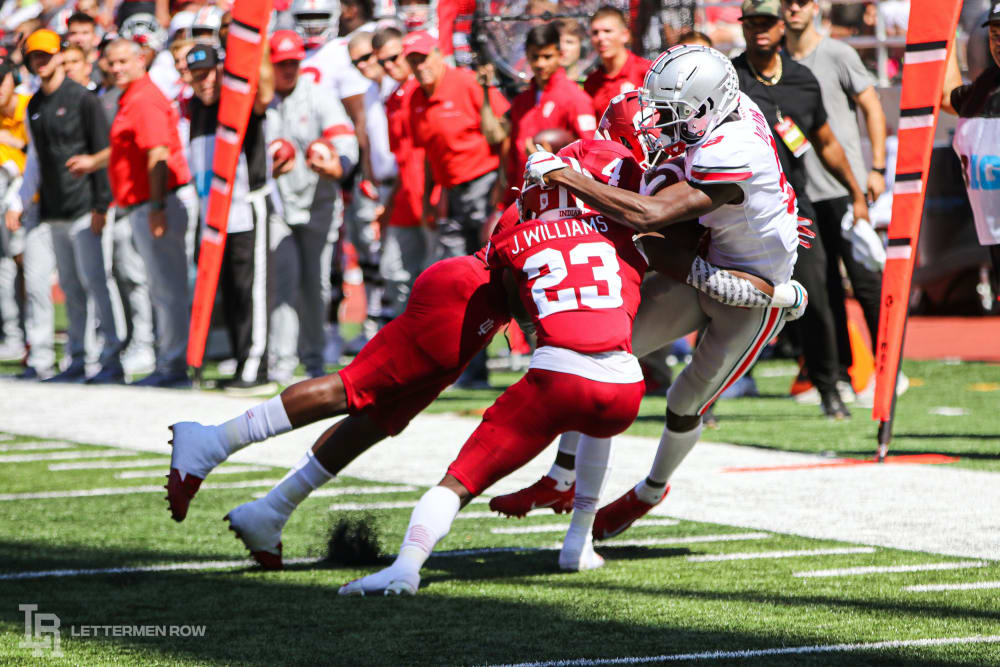 And he’s still got plenty of time to add to his highlight reel.

Ohio State wide receiver Binjimen Victor was joined by a handful of teammates chatting with the media after practice on Wednesday at the Woody Hayes Athletic Center. Video interviews with defensive tackles Davon Hamilton and Haskell Garrett, safety Jordan Fuller and offensive lineman Thayer Munford are available here and on the Lettermen Row YouTube channel.