Connect with us
Ohio State wide receiver Binjimen Victor has sky-high expectations for his final season with the Buckeyes. (Tommy Gilligan/USA TODAY Sports)

COLUMBUS — Ohio State already knows it can turn to Binjimen Victor when it needs a sensational, highlight-reel catch.

Now the Buckeyes are looking for him to make more of the routine plays with much greater frequency, which could propel him to the next level as an all-around, reliable weapon at wide receiver.

Ohio State has seen him take the necessary steps as a willing blocker. Victor has put in the extra time to develop his hands. And the work he’s put in with his body has clearly paid off over the last couple years as he’s added strength to a frame that was always bursting with speed and leaping ability.

And after a taste of high-level success last season, including in moments when the Buckeyes absolutely needed him to deliver, even more is being expected of him heading into his senior campaign — especially from those who have watched him up close since he arrived on campus.

“It’s kind of hard to be showcased in the offense when there’s only one ball to go around,” former Ohio State wide receiver Terry McLaurin said. “But at this time last year, I was in a similar position as [Victor], kind of making some plays here and there but still looking for that breakout. 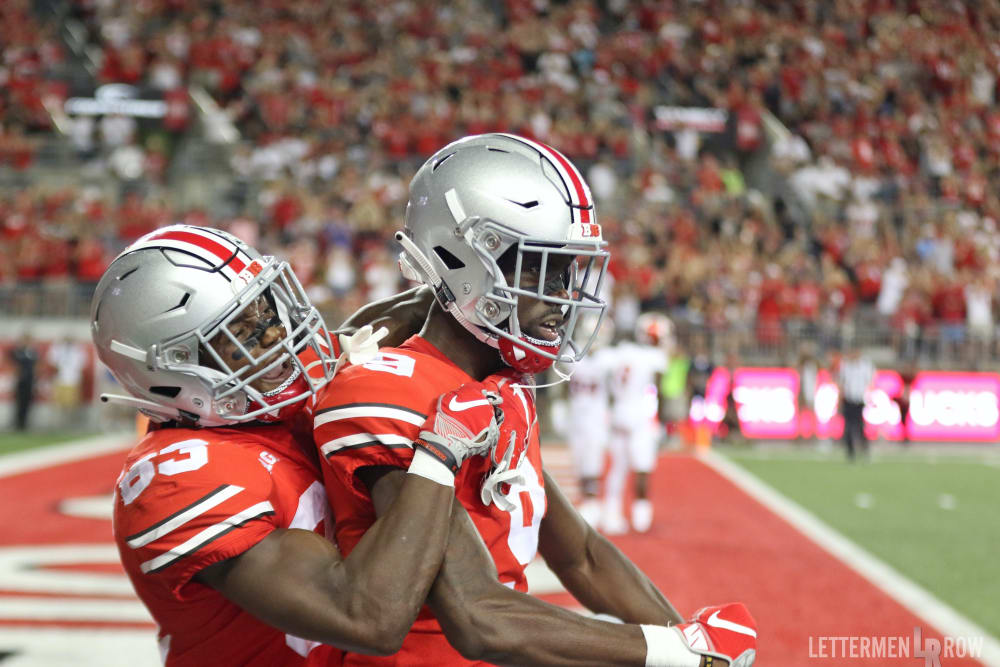 “I’m excited to see what him and the rest of the guys are going to do this year.”

Victor is in line to not only see of the targets that went McLaurin’s way last season, Ohio State is also counting on him to pick up some of the leadership responsibility and continue enhancing the culture of one of the strongest units on the team.

In terms of the on-field production, there has been little doubt since Victor arrived that he could be a game-changing weapon for the Buckeyes thanks to his rare combination of speed and size in a 6-foot-4 frame. Victor actually had more receptions two years ago than he did last season, but he made up for it with absolutely crucial touchdown grabs at Penn State and Maryland that kept Ohio State alive in the Big Ten title race.

What makes Binjimen Victor so dangerous? What’s it like to practice with him on a daily basis and see his athleticism in the Woody Hayes Athletic Center so frequently? Terry McLaurin popped into the film lab at Lettermen Row for a BuckIQ breakdown of his former teammate, previewing what’s next for Victor as he looks to close out his career with a flourish.