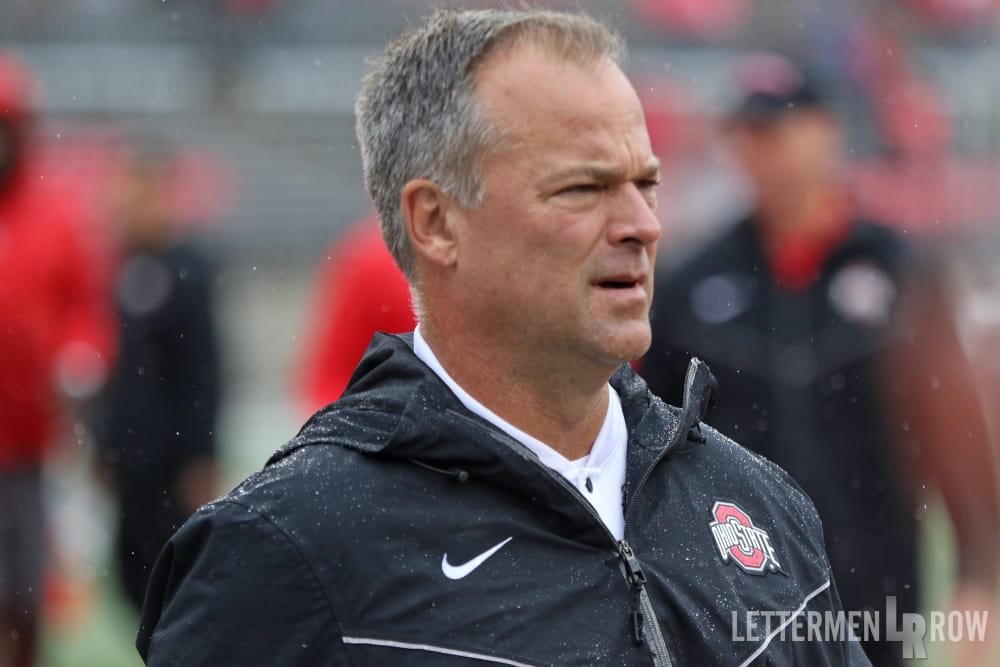 COLUMBUS — Billy Davis isn’t denying there have been struggles at Ohio State defensively.

He has obviously seen the breakdowns, the huge chunks of yardage given up and the errors that can come from the kind of inexperience the Buckeyes have had on the field early in the season.

But Davis is also seeing first-time starters learn from mistakes. He watched Ohio State pitch a second-half shutout last week to claim another win. And he is looking now at a unit that might be poised to live up to the program’s lofty standards ahead of a huge test on the road against high-scoring Purdue.

“Our whole defense is right at that edge,” Davis said after practice on Wednesday. “Some of the guys are popping with that confidence: I do belong, we are good. Right now, it’s a great feeling. I know we’ve had our struggles, but it’s about to turn the corner.

“We are playing a group that is getting better every week. I think we still have the mistakes like everybody does, you never have a perfect unit, a perfect offense or defense. You’re always striving to get better. The expectation around here is as high as could be, but we love it that way. I think the group is growing through our mistakes. We are definitely going in the right direction.”

For all the yards Ohio State has given up this season, it has been trending positively in terms of scoring defense, giving up just 19.1 points per game to rank No. 25 in the nation.

That’s not exactly where the program wants to be, of course. It certainly helps the unbeaten Buckeyes overall that they have such a high-scoring offense to provide some margin for error, and that has proven useful for a group that has been ravaged by injuries while also getting reps for a bunch of fresh faces in the rotation.

At this point, though, Ohio State isn’t making excuses for either youth or injuries — and is aware that it might take one of its best performances of the season to stay in control of the Big Ten race and in position for the College Football Playoff.

“[The struggles are] as frustrating for the players, the coaches and the fans equally, it really is,” Davis said. “We are trying hard to stop those little breakdowns, and it’s not the same group, it’s not the same guy — it’s different, and sometimes that happens with a defense.

“We feel as a group very confident that it’s about to be eliminated. We’re in a place where the guys are mature and our reps are high enough now that we’re real excited about the second half of this season defensively and correcting the mistakes we made in the first half.”

And if the Buckeyes don’t erase them, Purdue is more than capable of pushing them off a different kind of edge.