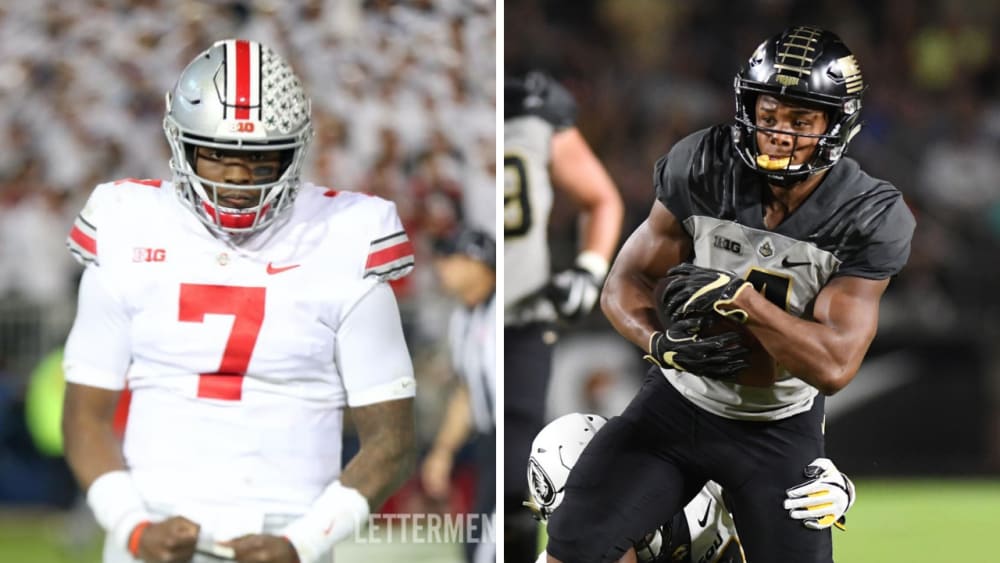 Stop the presses. Sound the alarms. Let’s throw a party.

I finally had a winning week.

It only took seven tries to get to this point. Before this, we had a couple of breakeven outcomes, a few disasters, and now, finally, a profit. I might retire.

Who am I kidding? This is entirely too addicting. So, without any further delay, here are my picks for the Week 8 slate as I try to go for *gasps* two winning weeks in a row.


The Pick: Clemson is the better team, is playing at home, and had an extra week to get ready for this one (N.C. State also did not play last week, for the record). A lot of things are working in the Tigers’ favor here.

Clemson has won the last six meetings between these two. I have little doubt the Tigers will win again Saturday night. However, outside of a 41-0 drubbing in 2014, the last six times these two squads have matched up the final score has been decided by two scores or less. That includes each of the last two years, where Clemson won by seven points each game.

This is *usually* a close game. That’s why I’m taking Clemson to win but N.C. State to cover.

The Pick: Joey Football did it again. The former Ohio State quarterback pulled off another big-time win last week, leading LSU to a dominating victory over Georgia.

Next up for the Tigers, though: another top-25 opponent. What an absolutely brutal schedule for LSU. Even better, if the Tigers get through this game, they’ll get a week off before welcoming Alabama to town.

I’d once again expect a low-scoring affair, as they are two of the best defenses in the country. I think LSU has the better team and will win the game, but I am going to take the points here. If this spread were 6.5 and not 7 I may have picked differently, but I’m going with the Bulldogs plus the touchdown.

The Pick: It me, the longtime believer in the Oregon Ducks. I knew they’d never let me down!

Because I’m a coward, last week I went back on my original claim that I wouldn’t bet on Oregon again this season after its debacle (and the amount of money it cost me) against Stanford. I picked the Ducks against Washington and they delivered.

I think I might do it again. Look, Washington State is surprisingly good and the Cougars are 6-0 against the spread this year. But I can’t help but feel that Oregon is going to win this game because it is the better team, and I like the Ducks getting points here even though they’re on the road.

The Pick: I think I might be approaching all-in status on Kirk Ferentz and Iowa. Oh no, what is happening?

The Pick: I was very confident last week Michigan would handle Wisconsin and the Wolverines did just that. It was just a very bad matchup for the Badgers.

I don’t feel as confident this week.

Look, we all know Jim Harbaugh’s struggles against Michigan State and Ohio State. Until he actually beats both, it’s hard to pick Michigan in these games.

I do think Michigan has the better team this year in this matchup. At the same time, I understand the Wolverines are a different team on the road than they are at home. Michigan State is wildly inconsistent in its own right.

Still, I can’t get over the fact that the Spartans are 10-0 against the spread in the last 10 meetings between these two teams. Mark Dantonio always keeps this close. Michigan *finally* beats Sparty, but MSU covers.

No. 2 Ohio State at Purdue

The Pick: Ohio State is limping toward that open week, and the Buckeyes are very vulnerable right now.

Purdue isn’t going to be able to slow down this dynamic Ohio State offense, but the Boilermakers will find success of their own offensively against a banged up and leaky Buckeyes defense.

Ohio State hasn’t covered the last three weeks, and I don’t think it will this week either. Buckeyes win this game but it isn’t pretty and Purdue covers.