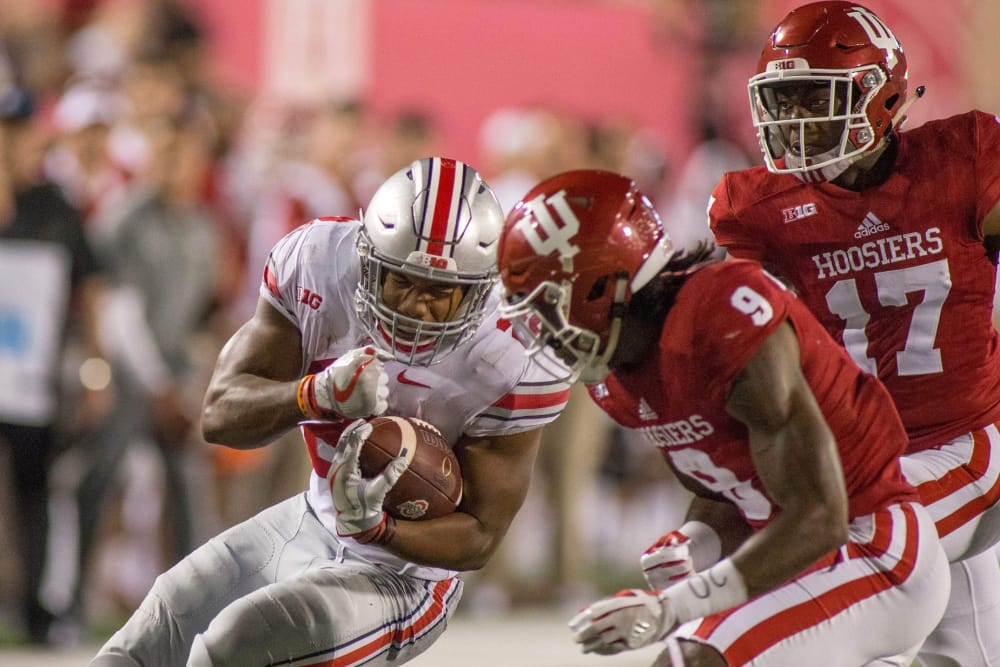 “We’re on to Cincinnati.”

That’s a famous line from Bill Belichick, but it also applies to my current frame of mind. We’re not even discussing last week’s performance. We’re on to Week 6.

A few good games this week, a few not-so-good ones. Let’s get right into it.

I certainly didn’t think so after that dud to open the season against Maryland, but since that season-opening loss the Longhorns have rattled off four-straight wins heading into Saturday’s annual Red River Rivalry game with Oklahoma.

The Sooners have looked really good all season, but more than a touchdown is a lot for me to give up in this kind of game. In his head coaching career, Tom Herman is 11-1 against the spread when his team is an underdog and he has won eight of those games outright. Texas is also 5-0 against the spread against Oklahoma in the last five meetings.

When: 3:30 p.m. Saturday
Where: Ben Hill Griffin Stadium (Gainesville, Fla.)
Line: LSU -2
The Pick: Is this the week the brutal schedule finally catches up to LSU?

The Tigers have skated by in a pair of big-time matchups away from Baton Rouge already this season, and the schedule doesn’t get any easier with a trip to Gainesville on tap for this week. (LSU also still has to play both Georgia AND Alabama this year).

Like LSU, Florida’s defense is really good so I’d expect this one to be rather low scoring. To me, LSU just seems to have some magic working right now and I think they might be able to pull another big win out this week on the road. This one is going to be really tight, but I’m going to lay the points and take the road favorite. Tigers by a field goal.

When: 8 p.m. Saturday
Where: Lane Stadium (Blacksburg, Va.)
Line: Notre Dame -7
The Pick: I keep picking against Notre Dame hoping that I’ll eventually be right and it’s just not working.

But I’m going to keep doing it, baby! Hokies plus the points is the play for me here.

Maryland at No. 15 Michigan

When: noon Saturday
Where: Michigan Stadium (Ann Arbor, Mich.)
Line: Michigan -17.5
The Pick: I was disappointed with Michigan’s performance last week at Northwestern. For as many questions as I have with the Wolverines’ offense, it’s usually pretty successful against mediocre Big Ten teams.

Outside of the odd loss to Temple, Maryland has been fairly impressive this season. The Terps had an extra week to prepare for this game and 17.5 points is a lot to give up for a Michigan team that doesn’t score a whole lot.

The Wolverines play much better at home, and I think Michigan will win this game relatively easily, but I like taking the Terps here plus the points. Something like 28-13 makes sense to me here.

When: 3:30 p.m. Saturday
Where: TCF Bank Stadium (Minneapolis, Minn.)
Line: Iowa -7
The Pick: I don’t have a ton of confidence in picking a team after a 30-point loss, but I’m going to take the Gophers and the points here. Iowa is coming off an emotional loss to Wisconsin and the Hawkeyes just don’t have the same magic to them when they play outside of Kinnick Stadium.

Indiana at No. 3 Ohio State

When: 4 p.m. Saturday
Where: Ohio Stadium (Columbus, Ohio)
Line: Ohio State -25.5
The Pick:  At the beginning of the week, I thought I was going to pick Indiana in this game. I thought Ohio State would win but the Hoosiers would cover.

I’ve flipped on that. I don’t think the Buckeyes will have a first-half hangover from Penn State and I think playing at home will be a big reason for that. Indiana has a decent defense and a good defensive coach, and I think Penn State kind of showcased a blueprint of sorts for how to slow down Ohio State’s offense.

The Hoosiers don’t have the Buckeyes’ athletes, however, and I think Ohio State wins rather comfortably. I’m going 45-17 in favor of the home team. 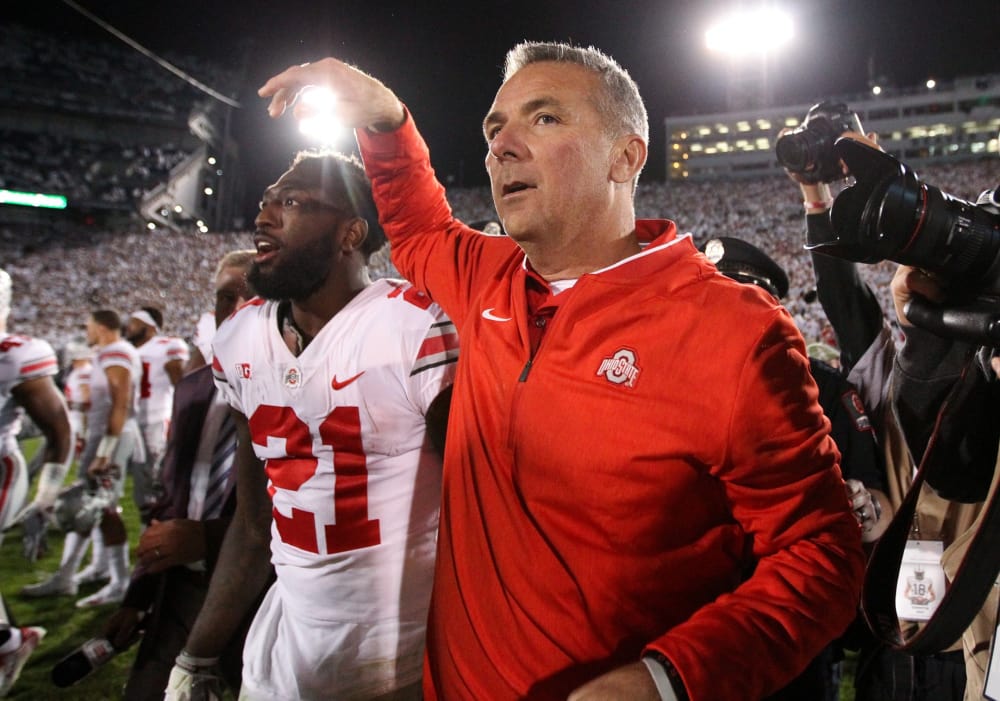 Ohio State returns to the Shoe Saturday after their win at Penn State, and their matchup with Indiana headlines this week’s college football picks. (James Lang – USA Today Sports) 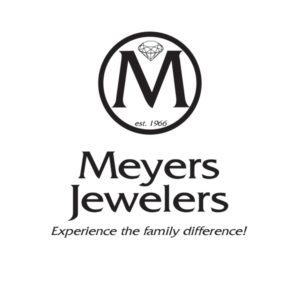