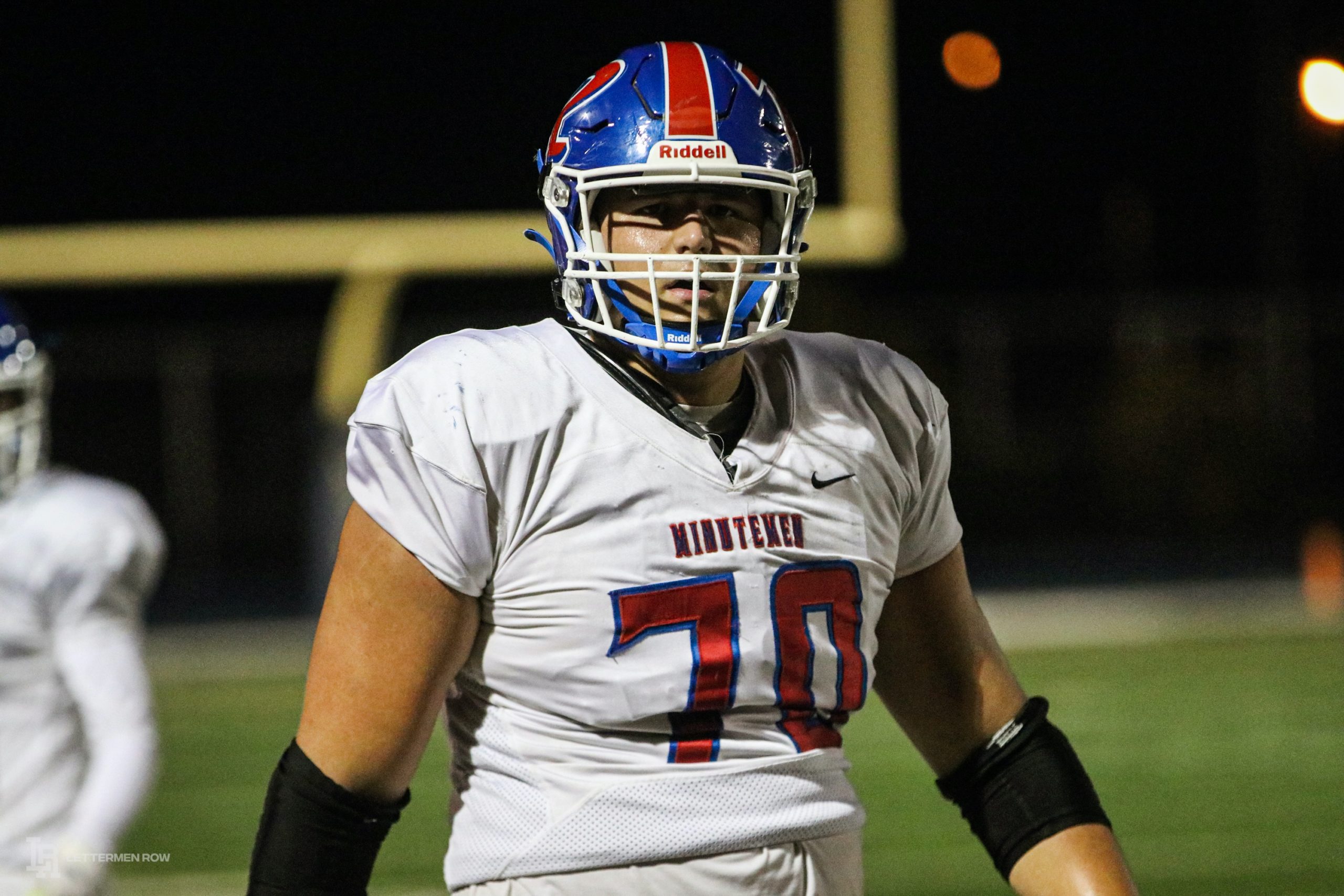 New schemes, new systems, new cultures. Christman has been had to learn what a new coach wants from he and his team each of the last four years.

Christman will make it a fifth this season. He’a already at Ohio State as a freshman early-enrollee. In Christman’s case, the best ability might just be adaptability. Christman knows how to pick up a new culture and program and fit right in — even excel.

Robert Karovic may have only been Christman’s coach for one season, but he already knows what Ohio State will be getting from his best offensive lineman.

“He’ll rise,” Karovic said. “He’s definitely one that will do his best. He’s a people-pleaser and a coach-pleaser. He’s going to work his hardest and put forth the maximum effort he can possibly do to be able to do what the coaches want him to do and reach that level. He’s always wanting to be challenged. He always wants to be pushed. He’s going to fit in perfectly there at Ohio State. 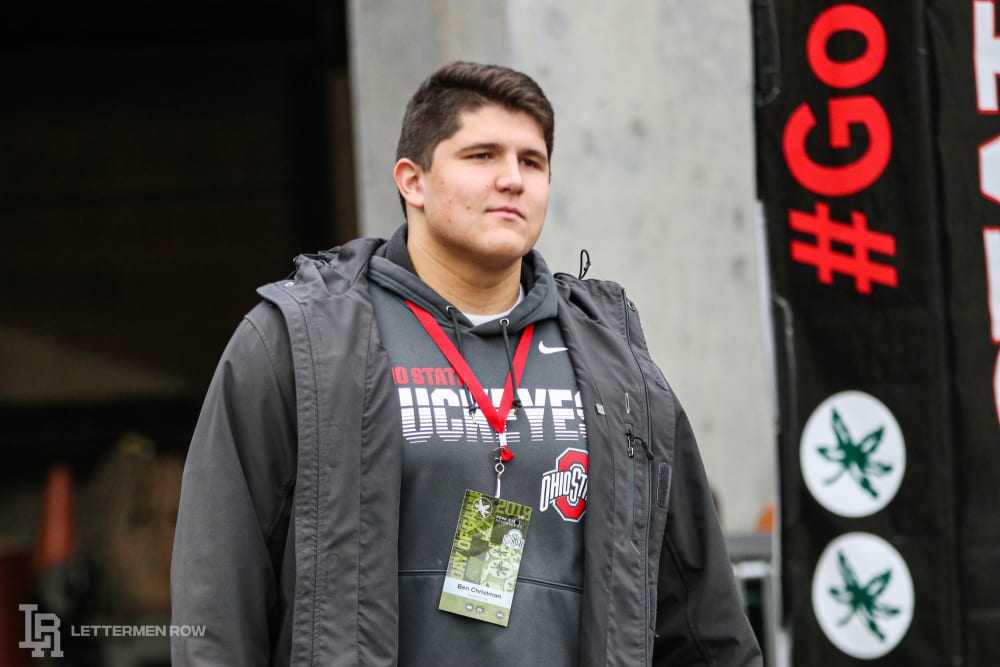 Christman didn’t take long to prove that to his most recent coach. He has been committed to play offensive line at Ohio State since June 2019, but that didn’t stop him from still doing what needed to be done at the high school level. Christman played left tackle on offense and dominated. He lined up at defensive tackle over the opponent’s best offensive lineman every week.

And he led his team through all four years of a revolving door at head coach, learning every spot on both sides of the ball despite the coaching turnover.

“Sometimes on film, you could see him yelling at one of the other guys on the offensive line as to what they’re supposed to do,” Karovic said. “He really developed as a leader. I think that was probably the biggest amount of growth that he showed, being a team captain and being a leader, verbalizing to his teammates what he expected, what he wanted to see, what his goals were for the team.”

Revere never met its goals while Christman was playing. The Minutemen followed up a 5-5 campaign during his junior season with a 4-5 season during the pandemic. Neither of those records were what Christman wanted from a team perspective, but he still thoroughly dominated enough to be named the co-offensive player of the year in his conference — as a lineman.

“He definitely set a standard to tell people that this is why this kid is being recruited by Ohio State,” Karovic said. “The tenacity that he would play with, the meanness that he would play with and the way in which he would try to finish every play was something from a coach’s perspective that I had not seen too often before. … You can definitely tell that the standard and the bar is being raised.” 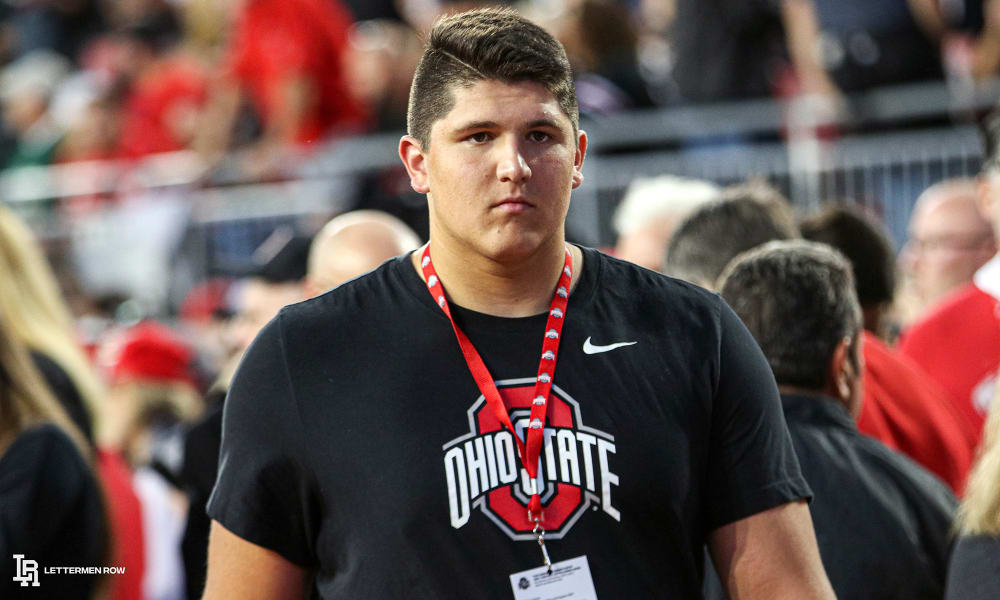 Christman didn’t allow the coaching carousel in high school to stand in his way. He never missed a workout. He didn’t skip football activity. And he made sure to help establish the culture at Revere despite the obstacles.

That’s just how Christman worked for each of the coaches he had during the last four years. And he was able to learn from all of them.

“It was negative but also a positive in a sense,” Karovic said. “Negative in a sense that he had all different systems that he hd to go through and just the mentality of overcoming that challenge of learning a new offensive scheme every year, having different coaches coming in and talking to him every year, teaching him new techniques and things of that sort. The positive was that he’s been introduced to a lot of techniques and things that he’s going to have [known] to go to Ohio State.”

Coaching changes aren’t uncommon in college. If Christman has to go through one with the Buckeyes, which is unlikely with Greg Studrawa, he’ll know what to do because he’s well-seasoned in handling new voices.

Already at Ohio State, he is adapting to the culture and way of life inside the Woody Hayes Athletic Center. As different as it is at Ohio State compared to high school, Ben Christman is in a familiar spot.

“He knew what his path was,” Karovic said. “He knew he was going to Ohio State, but he knows he still has to get better because every day that he gets better, he gets closer to being at Ohio State and doing what they need him to do. For him, ultimately his goal is to be a starter at Ohio State.”