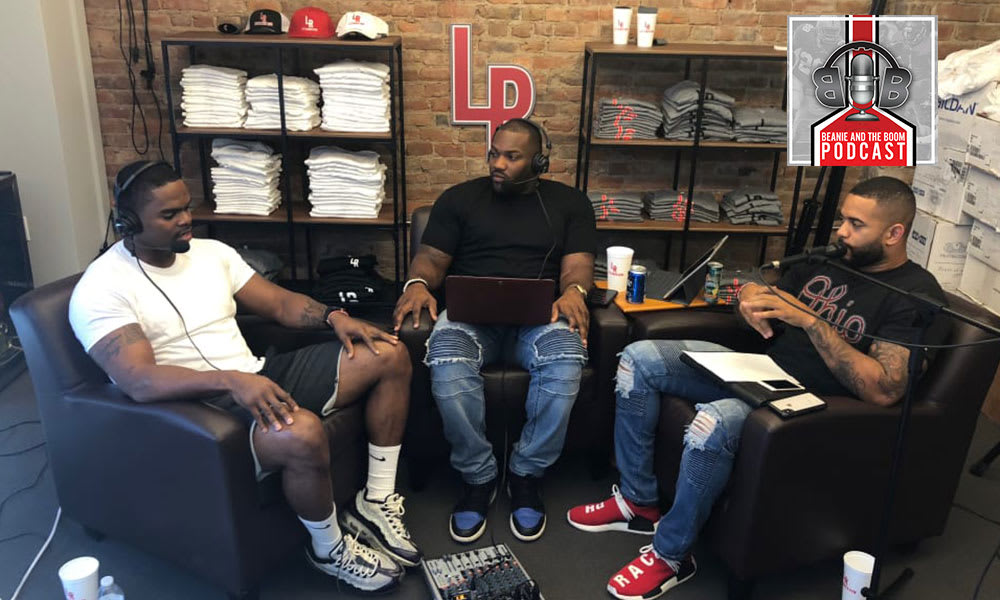 Last season, Ohio State running back J.K. Dobbins led the Buckeyes with over 1,000 yards on the ground, averaging more than seven yards per carry and was a vital part of the offense while Mike Weber attempted to play through a lingering hamstring injury. Now with both healthy this season, the Ohio State ground game has not lived up to expectations through the first six games. Why? Well, let’s hear from three former Buckeyes running backs.

On this week’s episode of the Beanie and The Boom Podcast, the guys welcome in fellow tailback and former teammate Antonio Pittman to break down the Buckeyes’ running back concerns, as well as a look at the college football landscape as a whole and tell some stories from their own playing days.

Nobody knows Ohio State football like former lettermen, so take a listen.

You can find all the Beanie and The Boom Podcast episodes on the Lettermen Row SoundCloud page and it will soon be approved to be available on iTunes.

*Parental warning: Some language may not be suitable for children*

18:10-22:00 A breakdown of the defensive woes for the Buckeyes, impact of Nick Bosa’s injury

30:15-56:30  What is life after football like? Beanie, Boom and Pitt discuss their own experiences

For full coverage of the Ohio State Buckeyes, stick with Lettermen Row all year long. Our staff will be at every media availability and both press conferences with Urban Meyer this week, and those can be streamed live right here and across all social platforms.