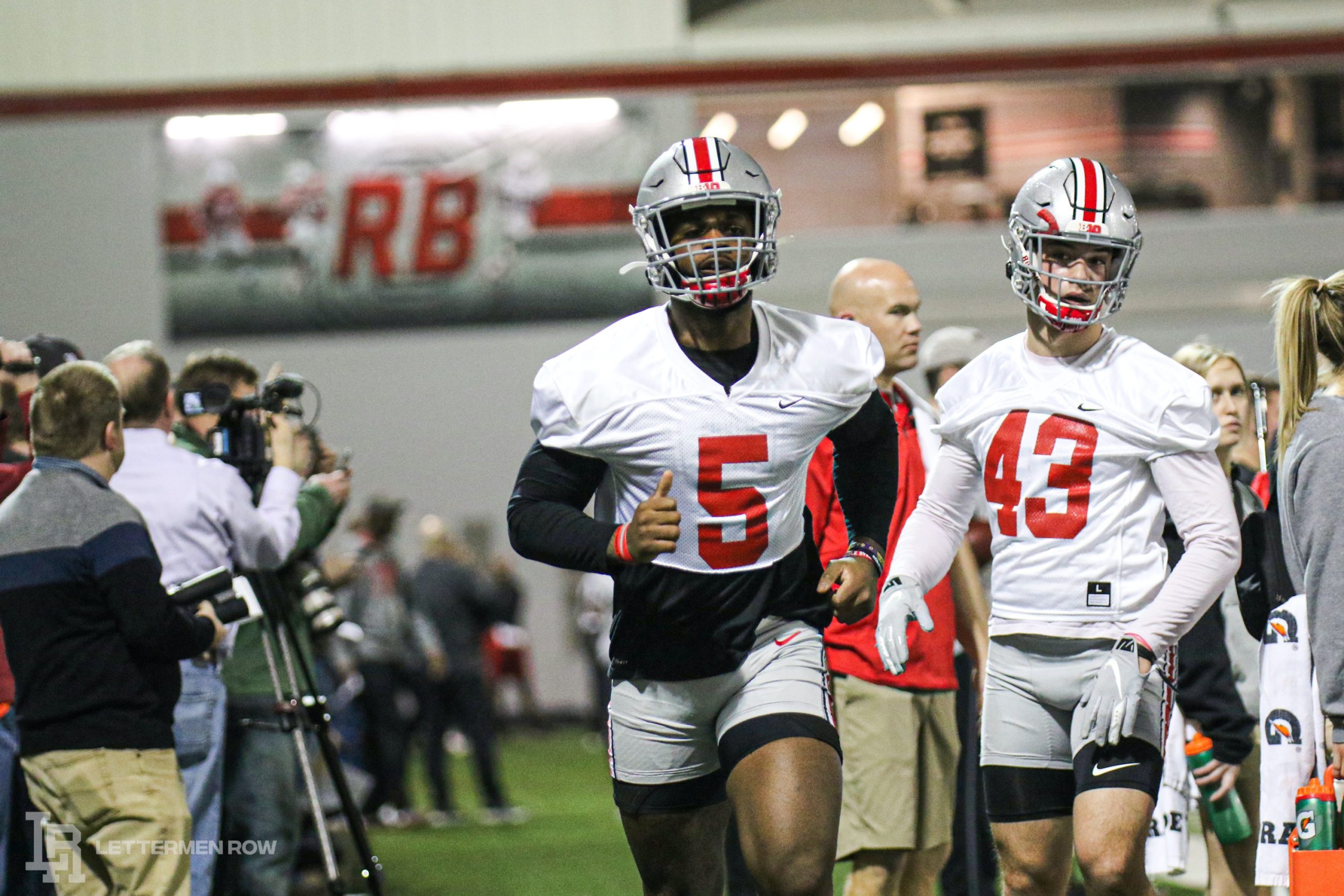 COLUMBUS — In the short-lived spring practice Ohio State had in March, Baron Browning found himself in a similar, yet not-so-similar position.

Following the graduation and departure of former Buckeyes linebacker Malik Harrison, Browning slid from the inside linebacker slot outside, where he was a five-star prospect coming out of high school, and was gaining valuable reps with more room to roam and be free within the defense.

So when the Buckeyes are able to return to the practice field when given the green light, expect Browning to have the freedom and responsibilities of an outside linebacker. Only he can do so much more.

“I haven’t really been on the inside, I’ve been kind of focused on the outside role now,” he said. “It’s more of my natural position that I played in high school, so I feel comfortable doing it and I’m excited for it.”

That shift to the outside is part of a larger shift the Buckeyes are undergoing on defense as they look to field the 11 best players at any time. Pete Werner and Tuf Borland are already a part of that formula, mostly on the inside, so Browning fits outside — not to mention it’s his natural spot on the field.

That doesn’t mean he can’t play inside, but when he does, it can look more like it did against Penn State in November.

Baron Browning can break down and make tackles in the open field.

Even from the inside, Browning can show off some athleticism in drop-back coverage before playing the run. That could be useful against dual-threat quarterbacks when the Buckeyes need Browning to key the signal-caller.

But now in an outside linebacker role, Browning no longer has to shed a guard or center trying to get to the next level. He can move about freely and find new ways to terrorize an offense.

“It’s our job to find a way to keep guys engaged, give them roles and give them an opportunity to contribute,” linebackers coach Al Washington said. “Because we need it.”

What they might need is an extra pass-rusher on the field, even with the Rushmen group already deployed on the defensive line. That’s when Browning can be scary. He worked with defensive line coach Larry Johnson last year during warmups, learning hand placement and how to get off blocks.

And later against Penn State on a crucial play, Browning made good use of what he learned.

Baron Browning can rush the passer.

Browning can nearly be position-less for the Ohio State linebackers. That provides flexibility and versatility for the rising star. The role Browning has been given doesn’t need to be undefined, and that’s not a bad thing. Of course, his official position will be listed at outside linebacker. But as long as he’s taking some time in pregame warmups to work with Johnson and the defensive linemen while still maintaining his status as a linebacker, he won’t have a set position. Maybe that’s by design.

“I definitely feel a higher comfort level and freedom in those situations,” Browning said.

Browning lost most of the spring to make the full-time switch to outside linebacker, where he was listed as the No. 1 player at his position in the 2017 recruiting class.

If the transition to the outside works, he can show he’s versatile enough to line up anywhere, even as a stand-up end on passing downs.

That should be enough to scare offenses.

Lettermen Live: Buckeyes willing to sacrifice to get back to work
Watch this video on YouTube.
Continue Reading
Related Topics:Featured, Baron Browning