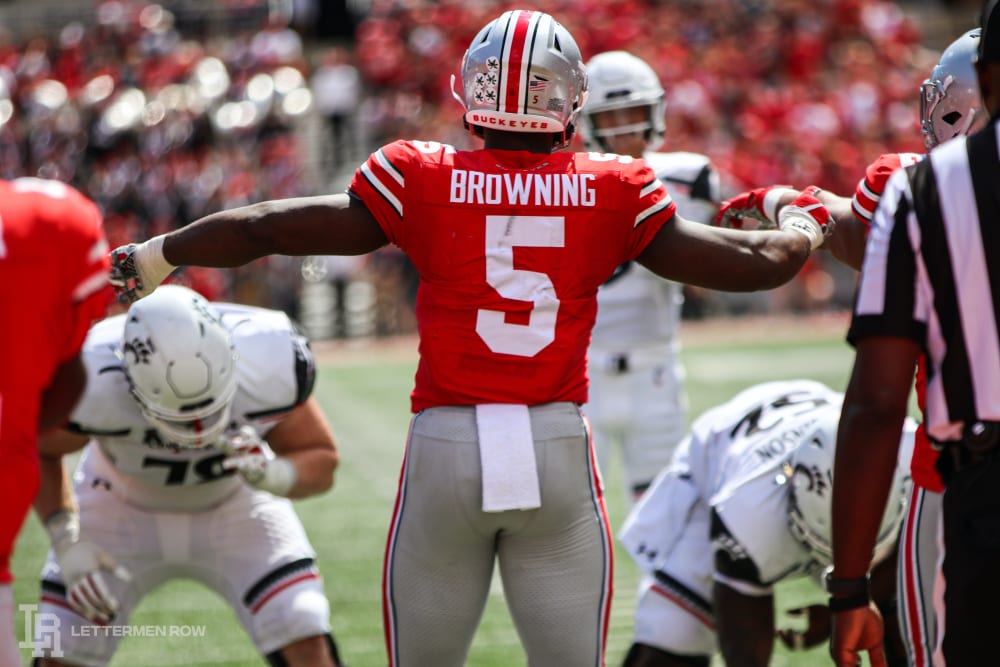 The speculation, debate and conversations about Ohio State never end, and Lettermen Row is always ready to dive into the discussions. All week long, Lettermen Row will field topics about the Buckeyes submitted by readers and break down anything that’s on the minds of the Best Damn Fans in the Land. Have a question that needs to be tackled, like the one today about the Ohio State and linebackers like Baron Browning? Send it in right here — and check back daily for the answers.

Where do we stand with the LB’s? A lot of players have played yet not sure we have a feeling for is the leader of that group.

The talent of Baron Browning has never been questioned.

After two seasons in the program, it became about putting the talent onto the field and making it work. Now four games into his junior season, Browning seems to be putting together a breakout season, finally finding the success that eluded him for two seasons. He’s turning the corner, and he’s a big part of what the Buckeyes are doing defensively this year.

“He’s been pushed since he’s been here — that hasn’t changed,” Ohio State coach Ryan Day said. “Al [Washington]’s doing a great job with him and built that relationship. But I think it’s just more the maturity another year in the program, understanding what his role is. I think he’s playing hard and understanding how he fits into the defense. His effort so far has been excellent.” 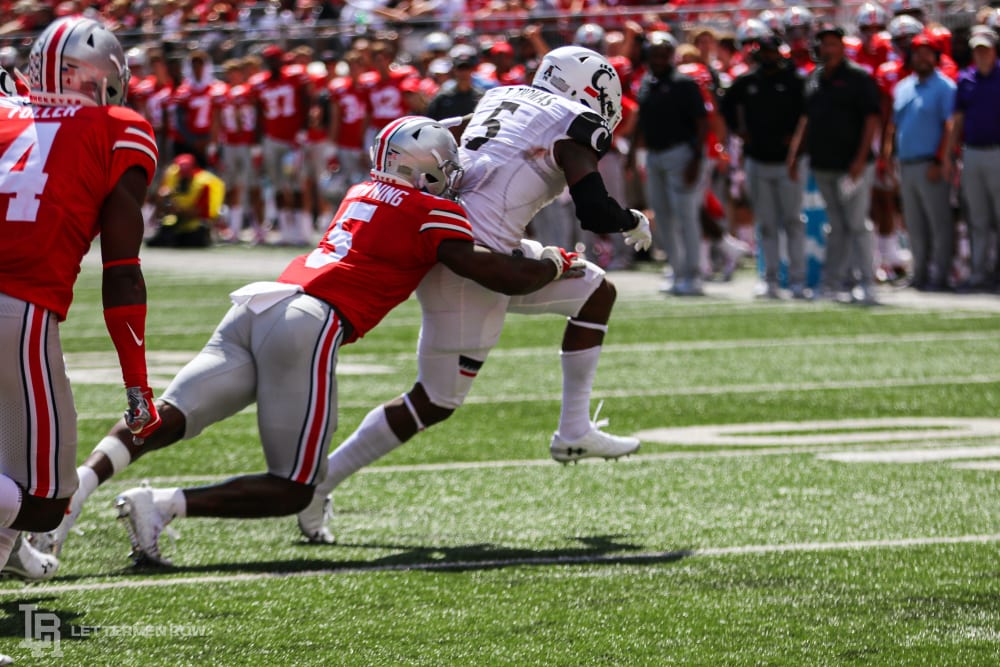 Whatever it is, Browning is developing into a versatile weapon for the Ohio State defense that is on an impressive clip in the midst of a historic turnaround.

The linebackers have been a huge part of that turnaround, too. Last season, it seemed like the linebackers were always late or out of position. This season, Pete Werner, Tuf Borland, Malik Harrison and Browning, among others, have been playing fast, physical and free, seemingly playing without thinking about a scheme. That credit goes to the defensive coaching staff that was overhauled in the offseason, but it also goes to the guys on the field.

Ohio State’s defense still has its share of questions. How does the Bullet fit on the field based on what the offense does? With the depth up front, who are the solidified starters in the front seven with Chase Young? How does Browning get onto the field?

But the questions have been masked so far by demolition of far lesser competition. In the four games this season, the Buckeyes are winning by an average of 44.5 points per game. That could change Saturday night, though, when the Buckeyes travel to Lincoln for the primetime tilt with Nebraska. The competition increase fuels Browning.

“Absolutely,” Browning said. “I feel like that’s what drives us. We do what we’re supposed to do by going hard every day. It’s not like it’s a lot of coaches having to get on to people about not going hard.”

His maturity and discipline for Ohio State have been what’s made the difference so far this season. Oh, and when he’s on the field, he’s racking up tackles and finding himself in the backfield quite a bit. Washington and Greg Mattison have Browning in a position to think less and make more plays. It seems to be working just fine for Browning.

Maybe Browning isn’t the leader of the Ohio State linebackers yet. He’s still splitting reps at linebacker with other talented guys around him. But the potential and the hype are finally being realized.

And for Baron Browning, that’s a good place to start.

Continue Reading
You may also like...
Related Topics:Featured, Baron Browning

Jonathon Cooper cleared to return for Ohio State at Nebraska
Elite talent, willingness to do it all has always been in Chris Olave
Advertisement