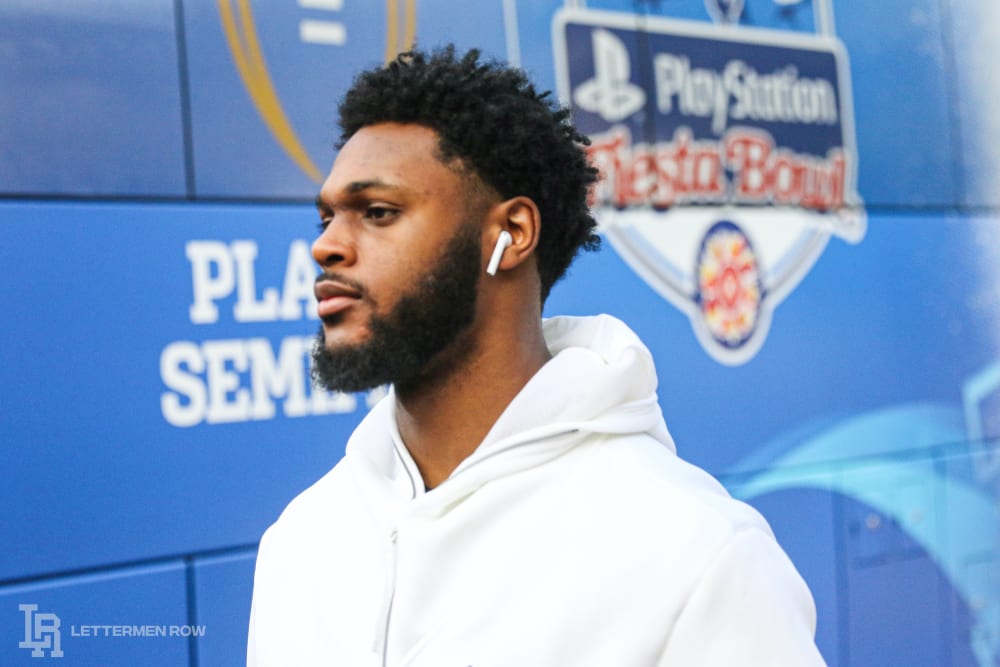 Ohio State linebacker Baron Browning is returning for his senior season with the Buckeyes. (Birm/Lettermen Row)

COLUMBUS — Maybe Baron Browning wasn’t officially a starter, but he was still one of the most dynamic, versatile defenders on the Ohio State roster.

And his return next season should finally allow him to rack up a few more games on the field for the first snap, which should lead to even more production from a linebacker who can make plays from virtually anywhere the Buckeyes use him.

Ordinarily there wouldn’t be much doubt about the future plans of a guy who was only in the starting lineup once last season and just four times so far in his career. But Browning’s rare combination of size, speed and explosiveness made it understandable for him to at least consider jumping to the next level after three years with the program — an option he officially ruled out on Thursday by announcing his decision to return for his senior campaign.

“There is more work to be done,” Browning posted on social media. “I cannot wait to get back to work and grind with my brothers every day until we reach our goal.”

With the Buckeyes needing to replace key contributors at every level of the defense, Browning will likely need to be in the thick of the reloading effort on defense if the program is going to return to the College Football Playoff again next season. His return is certainly a welcome bonus for Ohio State, and Lettermen Row is breaking down what it means right here. 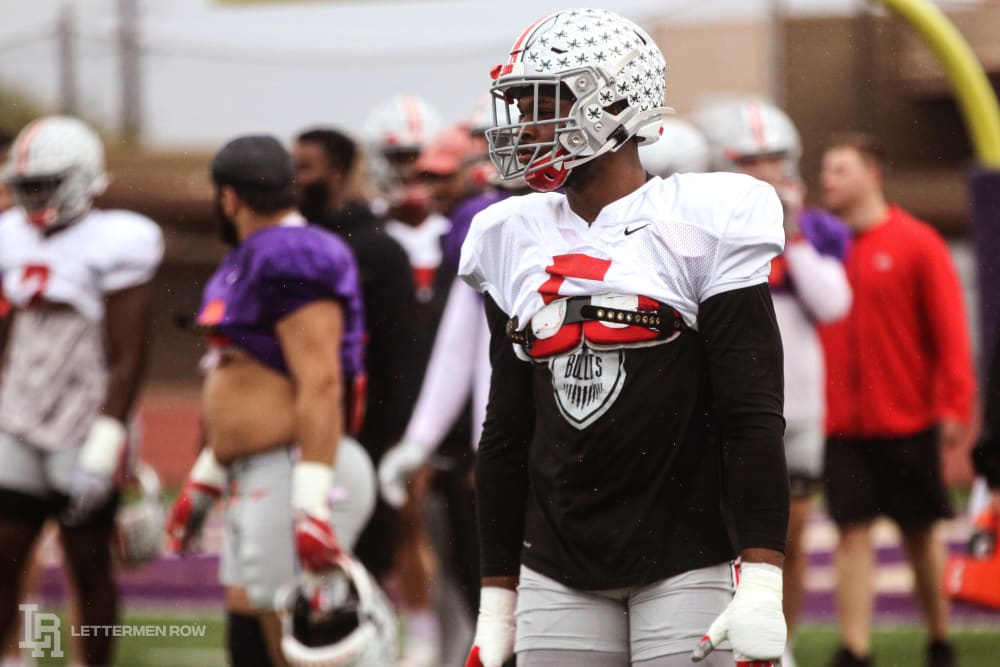 Ohio State linebacker Baron Browning was quite productive as a junior for the Buckeyes. (Birm/Lettermen Row)

The decision by Malik Harrison a year ago to stick around and learn under Al Washington turned out to be a great one, and now Browning has the same opportunity to keep growing, developing and boosting his draft stock. The step forward Browning already made as a junior was obvious as he racked up 43 tackles — with an eye-popping 10 of them going for a loss, 5 of which were sacks. A quiet, lead-by-example type, Browning will team with fellow veterans Pete Werner and Tuf Borland to make the linebackers one of the most experienced, productive units in the program. Ohio State has guys like Teradja Mitchell and K’Vaughan Pope waiting in the wings to help the Silver Bullets maintain the high standard that was restored last season, so that position is fully stocked heading into the future. And that might continue to allow the coaching staff to tinker with Browning’s role and line up him up all over the field — including at times as an edge rusher.

There were no excuses coming from the junior after his core-muscle injury suffered in the middle of the season, but it clearly zapped him of his top-shelf athleticism for much of the stretch run. Browning was obviously still able to make some key plays in the biggest matchups of the season, including 2.5 combined sacks against Penn State and Clemson. But Browning also appeared to have picked up a wrist injury before the Big Ten title game, and it’s fair to assume he was never really at full strength during the second half of the year. With a chance now to rest, recover and recharge before diving into another offseason of development under strength coach Mickey Marotti, the best could be yet to come for Browning with the Buckeyes.

The Buckeyes returned the exact same personnel at linebacker last season, and the results could not have been more dramatically different. While much of the spotlight has gone to co-coordinators Greg Mattison and Jeff Hafley, don’t overlook the job Al Washington did during his first season leading the position group. Across the board, his unit all clearly took to his coaching style, took steps forward on the field — and obviously want to continue playing for him based on Browning’s decision to stick around. Even without having started much in his career, Browning could have easily found an NFL home in the draft and been earning a paycheck next season instead of competing for championships again with the Buckeyes.

Continue Reading
You may also like...
Related Topics:Featured, Baron Browning